Rep. Tom Emmer (R-MN) told Breitbart News in an exclusive statement Monday that the cryptocurrency tax in the so-called bipartisan infrastructure bill would be “dire” for American jobs.

Emmer, a pro-cryptocurrency lawmaker, said that the bill would carry drastic consequences, which could result in the loss of jobs as America recovers from the coronavirus pandemic.

“The crypto pay-for in the infrastructure bill will be dire for the U.S. crypto industry. It mandates a Know Your Customer reporting requirement for blockchain and crypto entities that can’t be met, for instance, by miners. This provision showcases Congress’ lack of crypto literacy or appreciation for the crypto innovators that bring jobs and opportunity to the United States and must be corrected,” the Minnesota conservative said. 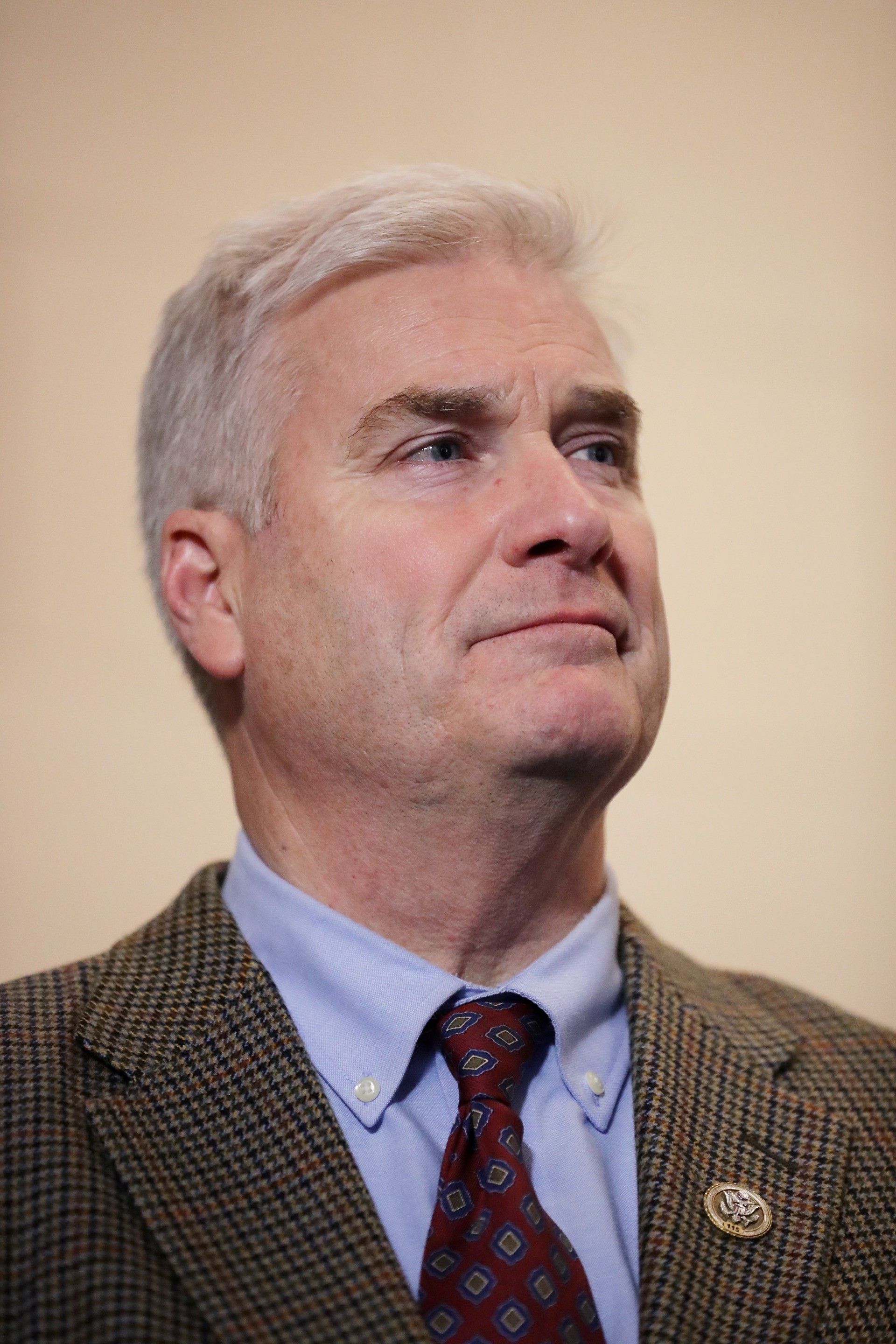 Rep. Tom Emmer (R-MN) was elected chair of the National Republican Congressional Committee for the next Congress. (Chip Somodevilla/Getty Images)

Emmer, as the NRCC chair, pushed the House GOP congressional committee to accept cryptocurrency donations as a way to champion the “innovative technology.”

The legislation would expand the definition of a broker, requiring that any broker that transfers digital currencies would need to file a tax return under a “modified information reporting regime.”

This would require that many aspects of the cryptocurrency industry might have to comply with onerous regulations that would not normally fit the definition of a broker.

Lawmakers said they would propose an alternative after seeing how much damage the proposal would create.

“Congress should not rush forward with this hastily-designed tax reporting regime for cryptocurrency, especially without a full understanding of the consequences,” Toomey said.

“By including an overly broad definition of broker, the current provision sweeps in non-financial intermediaries like miners, network validators, and other service providers,” the Pennsylvania Republican said. He also revealed that he plans to offer an amendment to fix the proposal.

Rep. Ted Budd (R-NC) exclusively told Breitbart News Monday that the tax would be “devastating” for American jobs and competitiveness in the financial technology industry in parts of the country that are tech-heavy. He also warned that this proposal could harm America’s competitiveness in the crypto industry.

Portman’s office told CoinDesk Tuesday that the proposal does not intend to capture bitcoin miners and other entities, although some bitcoin industry experts remain skeptical.

Perianne Boring, the president of founder of the Chamber of Digital Commerce, told Breitbart News in an interview Monday that the final legislation narrowed the definition of a broker; however, the definition is “still overly broad and vague.”