The survey asked voters to identify whom they view as responsible for the situation in Afghanistan, which became more chaotic following the Taliban takeover of Kabul over the weekend.

A plurality, or 43 percent, of all voters blame Biden for the situation from a domestic standpoint. A majority of Republicans, 64 percent, agree with that, as do 40 percent of independents and 28 percent of Democrats.

The survey also asked voters whom they blame for the crumbling situation but on a global basis. A majority, 65 percent, said the Taliban, followed by the Afghan government (59 percent), Afghan military (54 percent), the United States (34 percent), United Nations (22 percent), and European Union (14 percent). 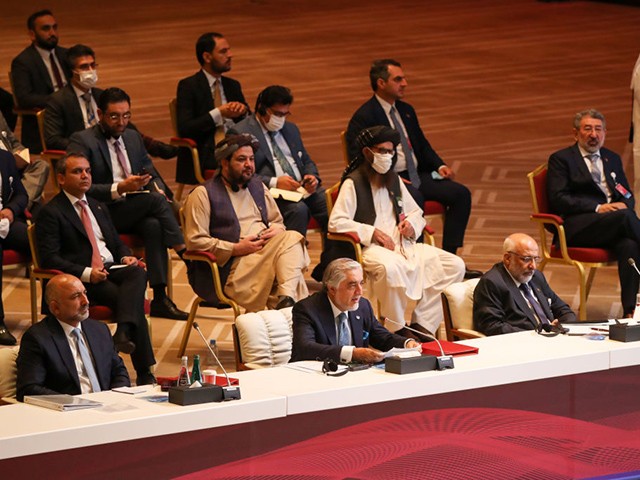 Abdullah Abdullah (C), Chairman of Afghanistan’s High Council for National Reconciliation, speaks the opening session of the peace talks between the Afghan government and the Taliban in the Qatari capital Doha on September 12, 2020. (Photo by KARIM JAAFAR / AFP) (Photo by KARIM JAAFAR/AFP via Getty Images) 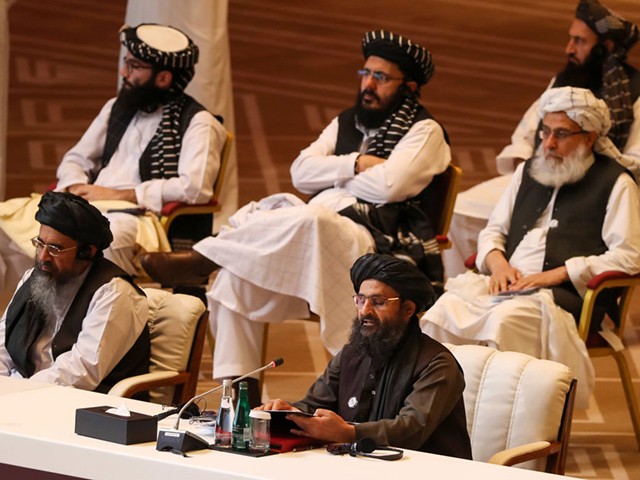 Despite a plurality blaming Biden for the chaos in the country, independents have boosted support for his decision to withdraw from Afghanistan, jumping from 49 percent to 53 percent over the last week.

The survey comes as the Biden administration struggles to answer how many Americans are stranded in the country.