Secretary of State Antony Blinken did not deny that the U.S. must ask the Taliban for permission to get Americans out of Afghanistan during an interview over the weekend, days before President Joe Biden caved to the jihadis’ August 31 evacuation deadline.

During the latest edition of CBS’s Face the Nation, host Maj. Elliott Garrett questioned Blinken over the administration’s disastrous handling of the Afghanistan withdrawal, which led to the Taliban taking control of the country and declaring victory from Kabul on August 15.

Garrett asked, “Someone in our audience might listen to you, Mr. Secretary, and say, ‘Oh, so we have to ask the Taliban for permission for American citizens to leave.’ True or not true?” 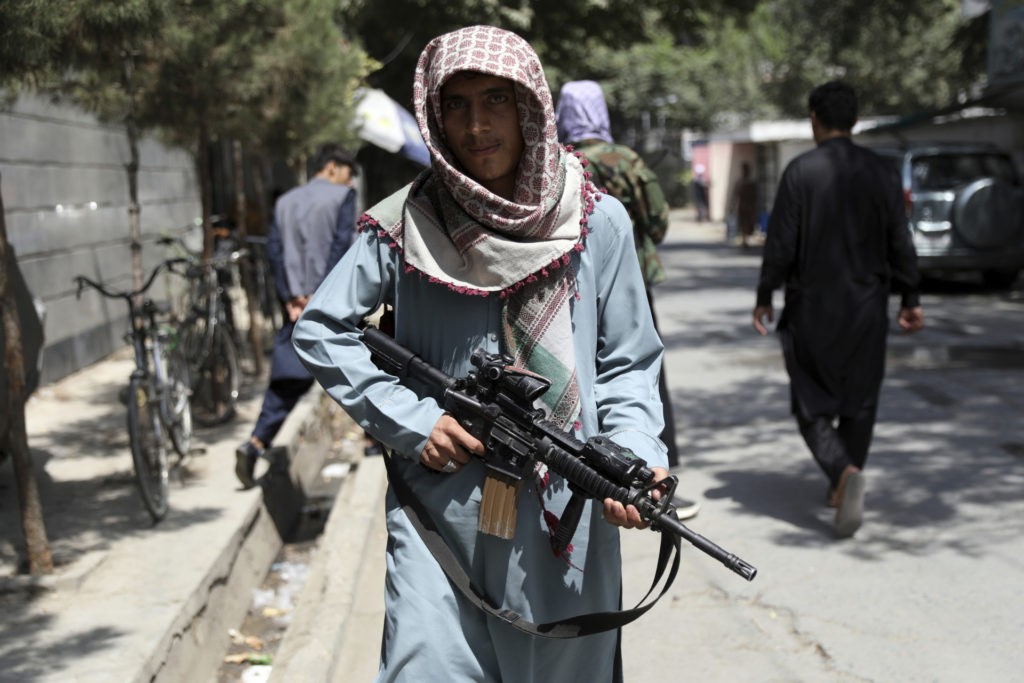 “They are in control of Kabul. That is the reality. That’s the reality that we have to deal with,” Blinken replied.

Garrett followed up, “How comfortable are you with that, Mr. Secretary?”

“What I’m focused on, what we’re all focused on is getting people out and making sure that we’re doing everything possible to do that. And in this case, it is, I think, a requirement of the job is to be in contact with the Taliban, which controls Kabul,” Bliken responded.

America is so weak that we now negotiate with terrorists…. he should step down immediately. https://t.co/fnvVefqBvA

The Taliban takeover has left thousands of Americans, with the Biden administration refusing to provide an exact figure, and Afghan allies trapped in Kabul.

U.S soldiers stand guard along a perimeter at the international airport in Kabul, Afghanistan, Monday, Aug. 16, 2021. On Monday, the U.S. military and officials focus was on Kabul’s airport, where thousands of Afghans trapped by the sudden Taliban takeover rushed the tarmac and clung to U.S. military planes deployed to fly out staffers of the U.S. Embassy, which shut down Sunday, and others. (AP Photo/Shekib Rahmani)

Biden’s decision to honor the August 31 evacuation deadline came after a senior Taliban spokesman warned Monday that the United States and its ally Britain would face “consequences” if they keep their military in Afghanistan beyond the end of this month.

On Monday, CIA Director William Burns reportedly met with Taliban leader and co-founder Abdul Ghani Baradar in secret but failed to convince the group to extend the deadline.

Blinken ignored warnings from diplomats and intelligence officers within the Department of State that a swift Kabul collapse was probable, insisting to the public that such an outcome was unlikely.