President Joe Biden’s approval rating appears to be on a downward trend, even specifically among Democrats, Rasmussen Reports data shows.

Rasmussen Reports’ daily job approval showed Biden clocking in Friday with a 45 percent approval, a slight uptick from the 44 percent he has experienced throughout the week, as the Afghanistan crisis worsens.

However, a chart breaking down approval by party shows Biden’s approval on a downward trend specifically among Democrats, showing the 78-year-old’s approval down from the highs seen in January and May:

The job approval follows the crumbling situation in Afghanistan, which reached a breaking point on Thursday after two suicide blasts killed 13 U.S. servicemembers — the largest single-day loss since 2011: 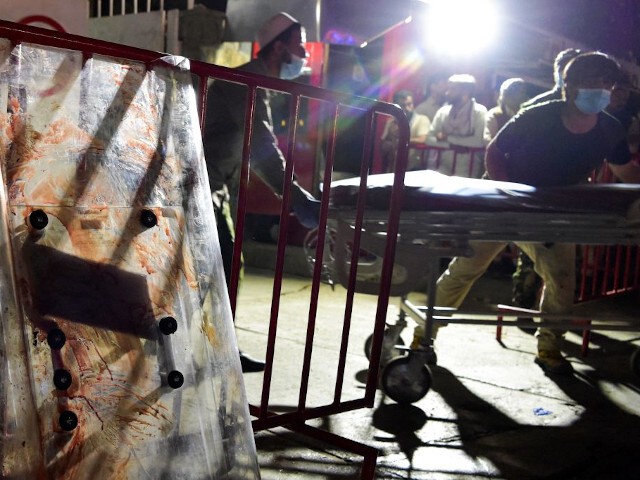 EDITORS NOTE: Graphic content / Medical staff move a stretcher to bring injured people for treatment after two powerful explosions, which killed at least six, outside the airport in Kabul on August 26, 2021 (Photo by WAKIL KOHSAR/AFP via Getty Images).

Biden addressed the nation on Thursday and said he bore “responsibility for fundamentally all that’s happened of late,” although he proceeded to blame former President Donald Trump: 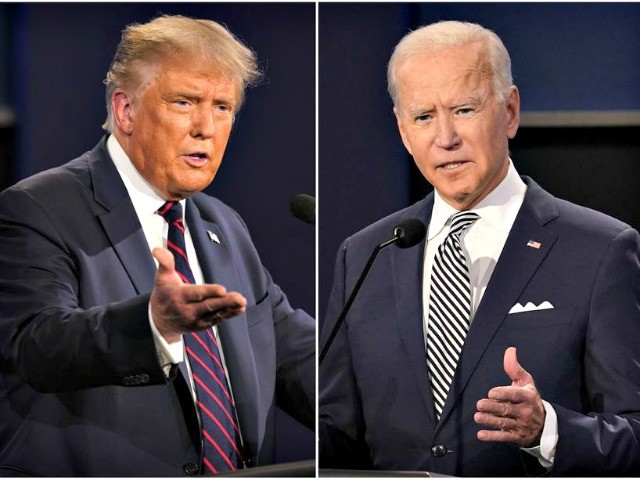 President Donald Trump, left, and former Vice President Joe Biden during the first presidential debate at Case Western University and Cleveland Clinic, in Cleveland, Ohio. Trump and Biden have starkly different visions for the international role of the United States — and the presidency (AP Photo/Patrick Semansky).

“But here’s the deal: you know — I wish you’d one day say these things — you know as well as I do that the former President made a deal with the Taliban that he would get all American forces out of Afghanistan by May 1,” he said, according to the White House’s transcript of his remarks.

Speaking to Breitbart News on Wednesday, Trump criticized Biden’s handling of the crisis in Afghanistan.

“He came up with a plan that’s so crazy and stupid. And the people can’t be that dumb that they would go to approve it. So he must have said this is what he wants to do, and they went along with it,” Trump said.

“All he had to do is a similar thing — what I was doing was just taking the military out last, and when everybody is out, when all the equipment is out and everything is gone, and then we just take the military and we wave ‘bye bye.’ Call it a bad experience. And we would have got out with great dignity, and we could have even claimed victory,” Trump added. “This is a pure loss.”