Republican Sen. Marco Rubio (FL) demanded answers from President Joe Biden on the alleged kill list given to the Taliban, threatening to oppose all national security position nominees until answers are given.

“I am greatly distressed by your admission that your administration may have provided a list of American citizens, legal permanent residents and vulnerable Afghans to the Taliban,” Rubio wrote. Regardless of what “assurances” the Taliban gave the president, Rubio said his decision to hand over names “irresponsible and naïve,” especially when the jihadist organization uses “revenge killings” as a tool. 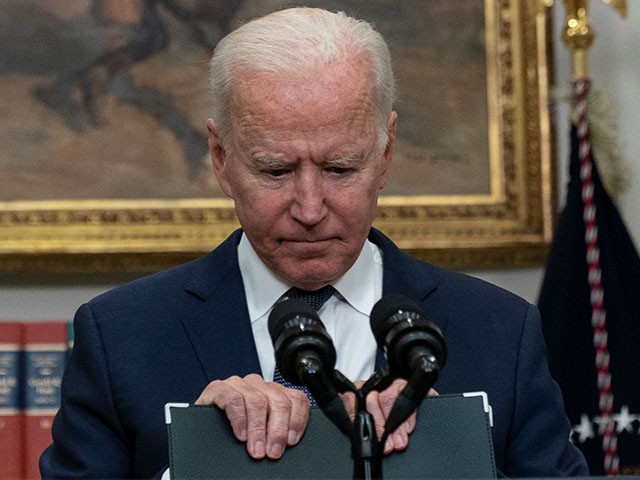 Reports on Thursday from Politico showed U.S. officials had given the Taliban a list of names of U.S. citizens, green card holders, and Afghan allies in the region, thinking it would expedite the evacuation process. The existence of such a list was quickly named the “kill list.” When asked, Biden did not deny its existence of lists that to “inform” the Taliban:

There have been occasions where our military has contacted their military counterparts in the Taliban and said, for example, “This bus is coming through with X number of people on it made up of the following group of people. We want you to let that bus or that group through.”

So yes there have been occasions like that, and to the best of my knowledge, in those cases, when the bulk of that has occurred,  they have been let through. But I can’t tell you with any servitude that there has actually been a list of names. There may have been, but I know of no circumstance. That doesn’t mean it didn’t exist. [Emphasis added]

Rubio added that by the administration handing over such a list, they have “blatantly ignored credible reports that the Taliban was directly targeting Afghan individuals that supported American troops.”

The senator provided Biden with a list of questions following the “kill lists” and the whereabouts and safety of people on the list. Rubio wrote that he would oppose all Biden nominees to national security positions until he gets answers.

“This action has endangered Americans, and our allies, who have been unable to leave Afghanistan and seriously calls into question your administration’s decision making,” Rubio mentioned.