A leaked transcript and audio recording of a call between President Joe Biden and then-Afghan President Ashraf Ghani about three weeks before Kabul fell showed that as the Afghan president warned of a Taliban “invasion,” Biden pressed him to change the “perception.”

According to a report by Reuters, in a 14 minute call between Biden and Ghani on July 23, the Afghan president told Biden, “We are facing a full-scale invasion, composed of Taliban, full Pakistani planning and logistical support, and at least 10-15,000 international terrorists.”

But Biden on the call pressed Ghani to publicly project he had a plan to control the worsening situation in Afghanistan in order to receive air support. According to Reuters:

In the call, Biden offered aid if Ghani could publicly project he had a plan to control the spiraling situation in Afghanistan. “We will continue to provide close air support, if we know what the plan is,” Biden said.

Biden also told Ghani, “I need not tell you the perception around the world and in parts of Afghanistan, I believe, is that things are not going well in terms of the fight against the Taliban.”

“And there is a need, whether it is true or not, there is a need to project a different picture,” he told Ghani, and urged him to give a press conference with Afghanistan’s prominent political figures backing a new military strategy. 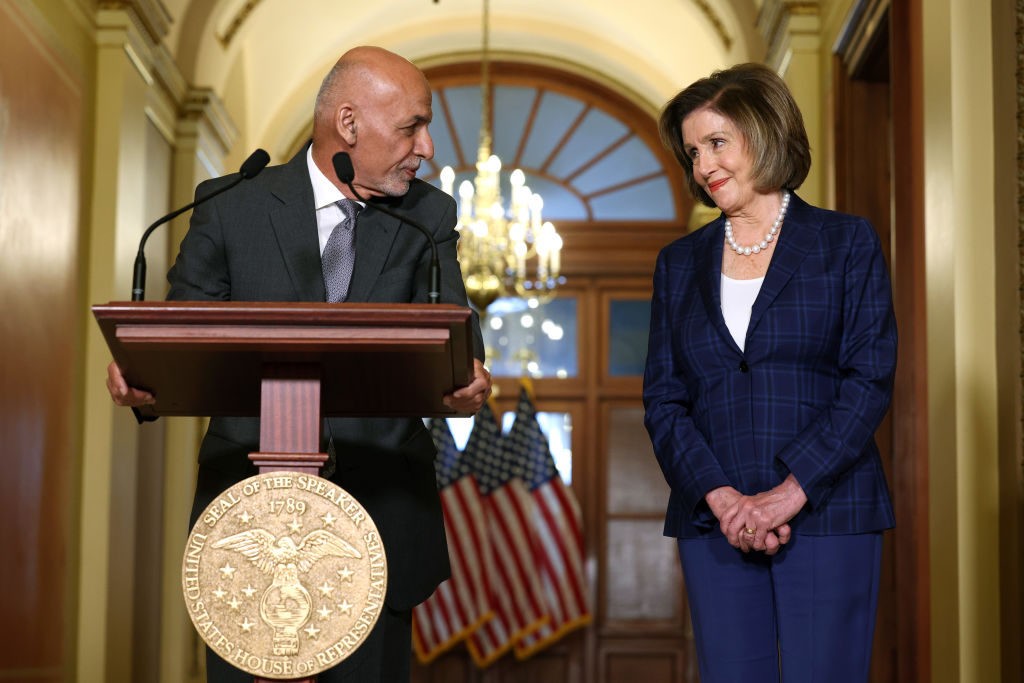 President of Afghanistan Ashraf Ghani looks to U.S. Speaker of the House Nancy Pelosi (D-CA) looks on at the U.S. Capitol on June 25, 2021 in Washington, DC.  (Anna Moneymaker/Getty Images)

Biden also praised the Afghan military as “the best,” and “clearly capable of fighting well,” and promised that the U.S. would “continue to fight hard” non-militarily to make sure the Afghan government survives and grows.

Reuters noted that as the two presidents spoke, Taliban insurgents controlled about half of Afghanistan’s district centers, indicating a rapidly deteriorating security situation.

McKenzie added: “I do not believe time is our friend here. We need to move quickly.”