The Tree of Life synagogue in Pittsburgh, Pennsylvania, has disputed President Joe Biden’s claim of having visited with Jewish leaders following the horrific massacre in October 2018.

Known as the deadliest attack in history against American Jews, 11 people were killed nearly three years ago when a lone gunman opened fire during the synagogue’s Shabbat morning service. The suspect was an admitted and avowed antisemite. Following the attack, then-President Donald Trump visited the site to pay his respects and personally met with the synagogue’s rabbi, Jeffrey Myers, who said the president exhibited a ‘warm and personal side’ unseen by the public.

On Thursday, during a virtual address ahead of the Jewish holidays Rosh Hashanah and Yom Kippur, President Biden claimed he also visited the Tree of Life synagogue following the attack — a claim the synagogue now disputes. 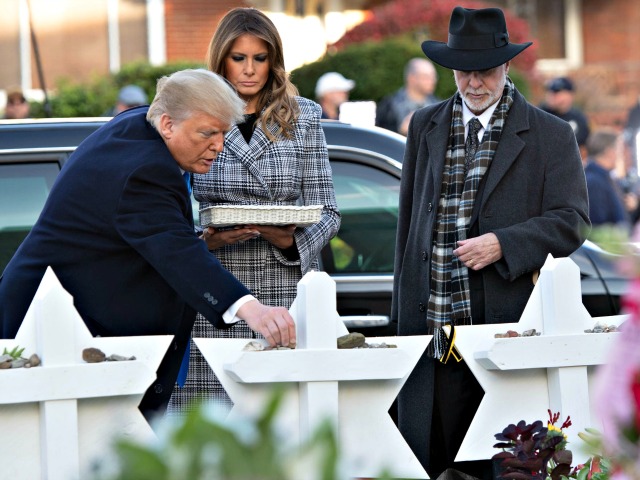 President Trump and first lady Melania Trump, alongside Rabbi Jeffrey Myers, place stones on a memorial as they pay their respects at the Tree of Life Synagogue in Pittsburgh on Tuesday.

The White House did not respond to the Post’s request for comment. Last year, on the second anniversary of the attack, Biden said, “When anti-Semitism is allowed to fester, it shreds the fabric of our communities and erodes our soul.”