An empty field was converted into to a memorial for the victims of the September 11, 2001, terror attack with 2,977 American flags planted in rows, each fluttering in the breeze on a sunny late summer day. 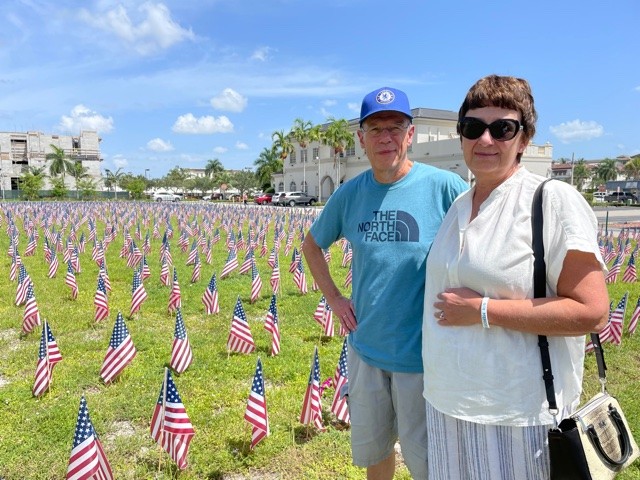 Nina and Leo Kardchinskaye, who immigrated to the U.S. from Russia, visited the 9/11 memorial in Naples, Florida. (Penny Starr/Breitbart News)

One woman left flowers by one of the flags and a group of onlookers wrote a note to victims they’d known, including a pregnant woman.

“We miss you every day. EVERY DAY,” the note read.

Tony Massa lived in New Jersey on that horrific day 20 years ago. He and his wife, Pam, took pictures of the flags.

Pam said she still feels the pain on every anniversary of the attack by radical Islamic terrorists.

“It never goes away,” Pam said. 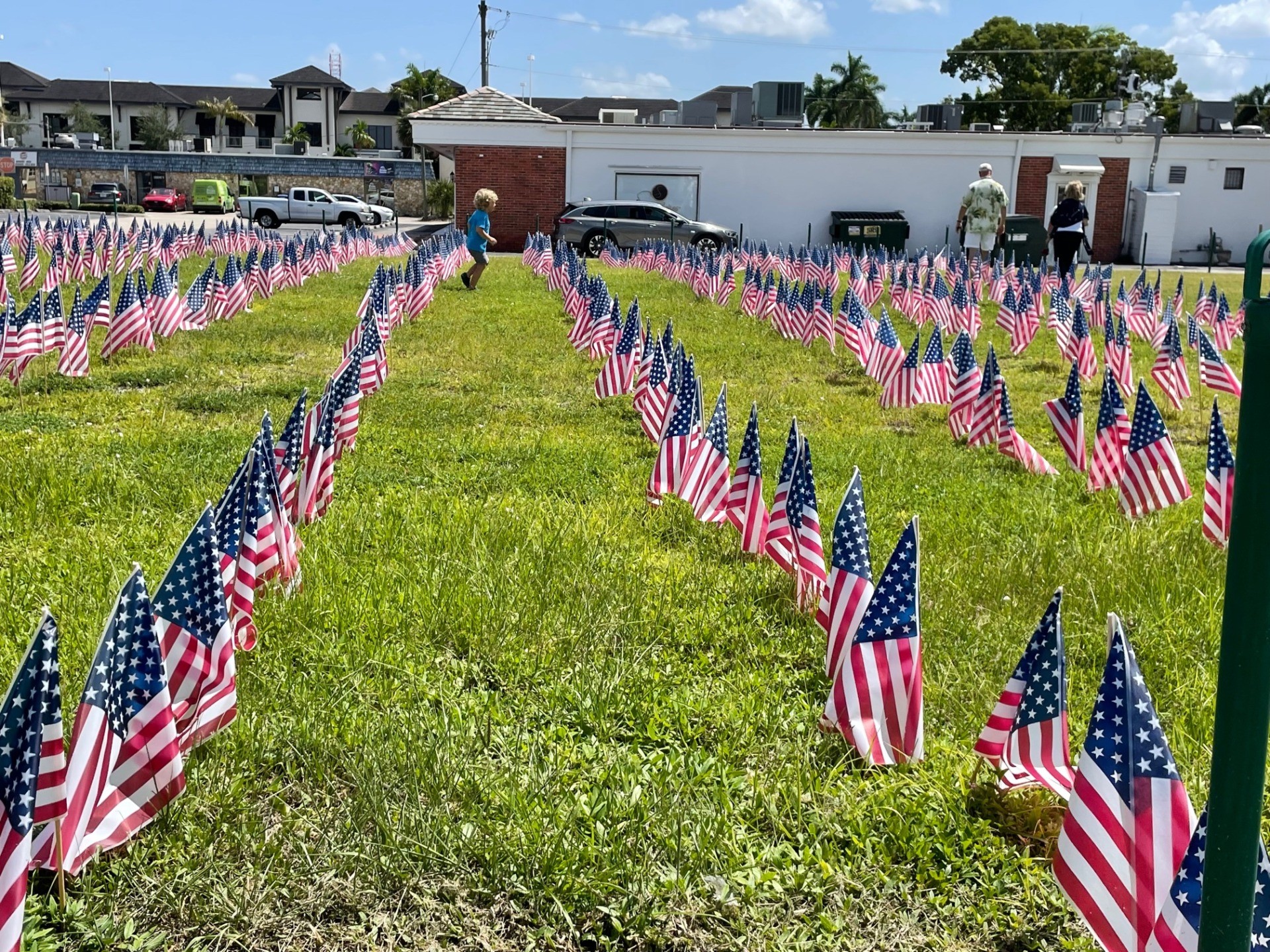 A child runs through the Field of Flags 9/11 memorial in Naples, Florida. (Penny Starr/Breitbart News)

Another woman, who just wanted to give her first name, told Breitbart News that she wanted to pay her respect for first responders.

I came out of respect for those fallen on 9/11,” Laurie said. “And also all of the first responders, and our military because they’re getting too much of a bad rap these days.”

“They all all need to be remembered,” she said, and added that she thinks that the Taliban now being in control of Afghanistan after two decades of war to retaliate for 9/11 is “criminal.” 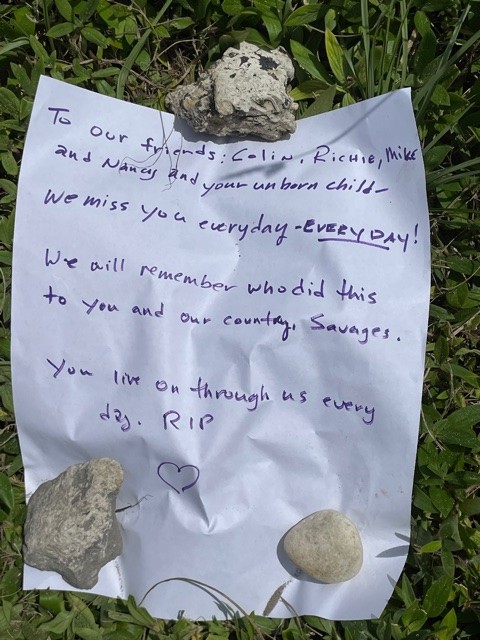 Visitors scrawled a note to friends they lost on 9/11 at a memorial in Naples, Florida. (Penny Starr/Breitbart News)

Another couple, Nina and Leo Kardchinskaye, lived in Russian on 9/11.

“I was shocked because you know I could not imagine somebody would use flights with real people like a weapon,” Nina said.  “It was unbelievably to me.”

The couple immigrated to the United States in 2004 and have done something to mark the anniversary every year since.

“I’m here today because I wanted to be with these people,” Nina said.

Fox News Radio 92 staged the memorial in Old Town Naples at 333 8th Street South. It will remain in place for one week.