Hawley said in a statement:

I’m proud to endorse JD Vance for U.S. Senate from Ohio. JD knows well the devastating realities that our country faces. Especially in Ohio, families gripped by addiction have the cards stacked against them and entire towns continue to plummet. JD will fight for tighter restrictions at the southern border, bring back a robust manufacturing industry and put the needs of our own American citizens first.

Hawley, who advocates for former President Donald Trump’s America First policy platform in the Senate, said, “JD is the only candidate out in front of the corruption in our technology industry. He will crack down on Big Tech bowing down to China, stand up for the American worker, and put our country back on the track of prosperity and opportunity.”

Proud to endorse my friend @JDVance1 for the US Senate. He will be the principled fighter the working people of Ohio deserve https://t.co/xT7RqGRiiy

Vance hopes to replace the outgoing Sen. Rob Portman (R-OH) during the 2022 Senate elections. Vance first gained attention after his book, Hillbilly Elegy, became a national phenomenon. The book told the story of growing up in a working-class steel mill city in Kentucky.

“I’m honored to receive Josh’s endorsement. No one else in the U.S. Senate has fought as tirelessly against the Big Tech monopolists who censor conservatives and control the flow of information in our country. Josh points the way toward a conservatism that stands for the interests and values of American workers and families,” Vance said in a statement. 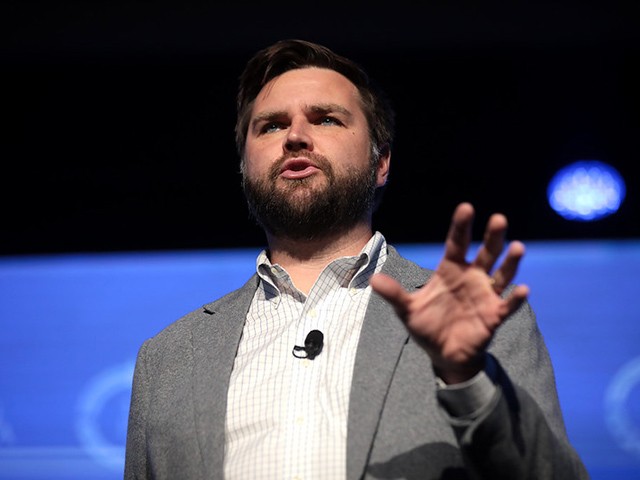 Vance slammed Sen. Rob Portman (R-OH) in a statement in August after Portman, along with other senators and the Biden White House, pushed a cryptocurrency regulation to benefit big tech.

Our tech sector used to be defined by innovative upstarts and is now dominated by boring monopolists. They focus less on tech development and more on corporate buzzwords like “diversity, equity and inclusion.” The crypto community has stood in stark contrast to this shift. It is one of the few sectors of our economy where conservatives and other free thinkers can operate without pressure from the social justice mob.

He added, “This amendment threatens that community, which makes it an assault on the idea that our economy should be about making things instead of enforcing progressive dogma.”