Secretary of State Antony Blinken admitted Tuesday in testimony before the Senate Foreign Relations Committee that he did not know whether an Afghan who was killed in a U.S. drone attack in August was a terrorist or a U.S. aid worker.

Under questioning from Sen. Rand Paul (R-KY), long a skeptic of the entire war effort in Afghanistan, Blinken tried to dodge the question, then admitted that he did not know if the target of the August 29 attack was a member of ISIS-K.

The New York Times reported last week that U.S. officials did not even know the identity of the driver of a car targeted in the drone attack, but that he was “Zemari Ahmadi, a longtime worker for a U.S. aid group.” Several civilians were killed in the attack, including children. The Pentagon initially blamed “secondary explosions” for the deaths, suggesting the target had been carrying explosives, but the Times disputed that account, based on a direct examination of the site of the attack.

Paul asked Blinken: “Was he an aid worker or an ISIS-K operative?” At first, Blinken said that the administration was investigating the incident, and that “I can’t speak to that.” Paul pressed further, and Blinken admitted: “I don’t know.” 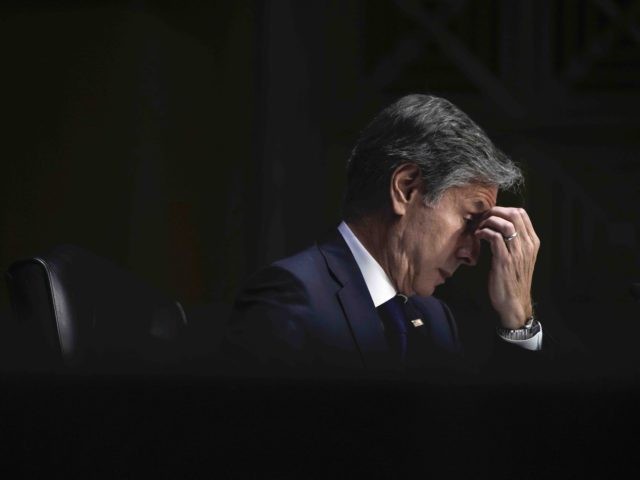 Paul argued that the U.S. should know the identity of the targets of drone strikes, and warned that killing innocent people could create more “blowback” against the U.S. He said that the U.S. should have bombed the military equipment that it abandoned at the Bagam air base instead, given the Biden administration’s repeated boasting of over-the-horizon capability.

The Pentagon has not confirmed the identity of the target of that attack, or an earlier, similar drone attack two days before. Pentagon spokesman John Kirby simply said Monday that the attack was carried out to prevent an attack on the Kabul airport, following an attack on August 26 that claimed the lives of 13 U.S. servicemembers and scores of Afghan civilians.