Comer will reportedly demand Hunter’s art dealer Georges Bergès to devolve the “ethics guidelines,” according to the Wall Street Journal. 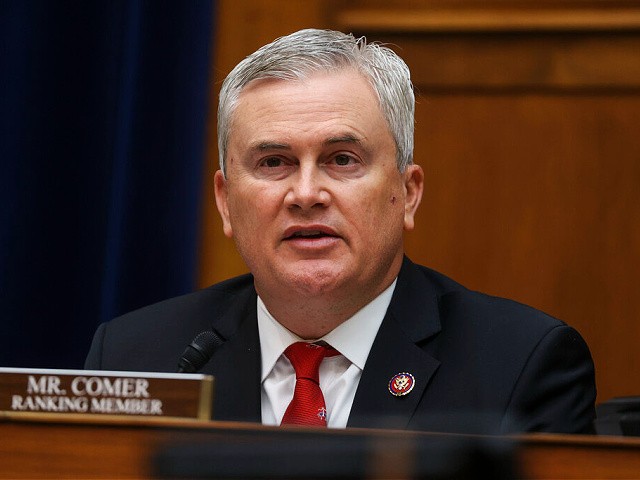 Specifically, Comer will demand “the ethics guidelines, created in conjunction with the White House,” and “documents and communications pertaining to setting the prices for Mr. Biden’s art.” Comer will also request the names of those who intend to purchase the art from attending the art shows held reportedly later in September.

Comer sent a similar request earlier in September to Bergès, which was ignored because House Republicans do not have subpoena power, a mechanism the GOP hopes to possess after the 2022 midterms.

The seller of Hunter Biden's artwork has stated that he wants to be the art world's "lead guy in China." Are the Chinese buying Hunter's overpriced artwork to influence @POTUS?

“Democrats don’t appear eager to poke into Hunter’s secret art sales,” the Journal wrote. “Yet the questions aren’t idle. Who might be quietly preparing $500,000 for Hunter’s bank account? How is the gallery scrutinizing bids? Will the anonymity be kept? What if Russia starts spreading disinformation about who bought what, and for how much?”

The White House, however, has defended Joe Biden’s “child” from his critics.

Hunter has also defended his new business by taunting his critics on the Nota Bene Podcast.

“I’m [the] most famous artist in MAGA world, at least,” Hunter facetiously said before suggesting President Joe Biden believes “everything” Hunter does “should be in National Gallery” of Art.

But Sen. Tom Cotton (R-AR) questioned who would want to buy a “bacteria” painting for so much money from a novice artist.

“Who wants to buy a Hunter Biden painting for $500, much less $500,000. Some of the pictures of his art have been online; it looks like a coronavirus got sick with a bacteria,” Cotton asked in July.

Cotton’s question was answered by the New York Times, which reported that Jill Biden is displaying Hunter’s artwork in the taxpayer-funded White House office for any wealthy or high-ranking government official to view while visiting. It is unknown if Jill Biden purchased the painting from her son.