“She is concerned that if she joins this massive spending bill, she will face serious opposition from a Republican,” chief executive of the political strategy firm Highground Charles Coughlin told Reuters Thursday.

Coughlin added that Sinema is more popular among Republicans than Democrats in Arizona, which perhaps impacts her decisions on how to navigate the far-left’s demands for Marxist policies.

“She actually polls better among Republicans than Democrats, which is very odd but helps explain her motivations,” he said.

Sinema has not said very much about Biden’s $3.5 trillion reconciliation package, enraging the far-left and throwing a wrench into negotiations on the $1.2 “bipartisan” infrastructure bill. But in July, Sinema stated she does not support any bill worth $3.5 trillion.

“I do not support a bill that costs $3.5 trillion,” she said, promising to “work in good faith to develop this legislation” with President Biden and the Democrat leadership. 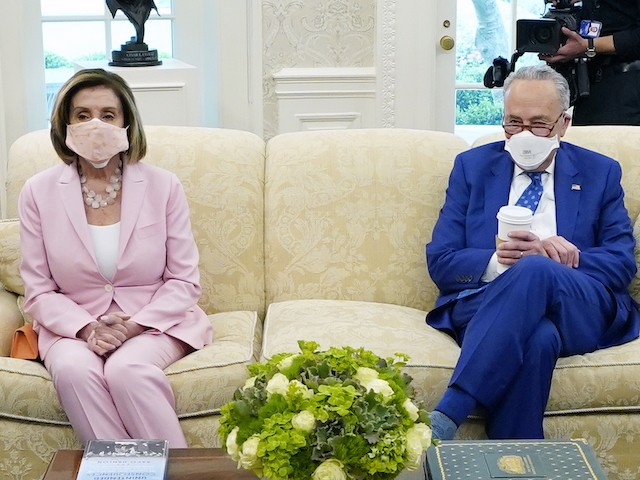 Sinema’s position on Biden’s agenda is not popular with the far-left in her home state. Reuters reports “several liberal groups have already suggested they would back a primary challenge against her for not backing their priorities.”

On Saturday the Arizona state Democrat Party passed a resolution that condemned Sinema for her “opposition to eliminating the filibuster,” which Democrats want to dismantle in order to bypass the Senate’s 60 vote threshold to pass legislation without a single Republican vote.

A far-left consulting firm’s director, Adam Kinsey, told Reuters that “Sinema does not care about the state party reprimanding her.”

“She really believes that she can be a dealmaker,” he added.

Despite the politics in Arizona, Sinema has been meeting regularly in Washington, DC, with President Biden, who is reportedly pressing her to vote for the reconciliation bill.

Sinema was “summoned” on Tuesday to the White House three times – “once to meet with Biden, and twice more to huddle with senior White House aides.” Biden even “canceled a Wednesday trip to Chicago to help work through the reconciliation-infrastructure problems” with the senator. 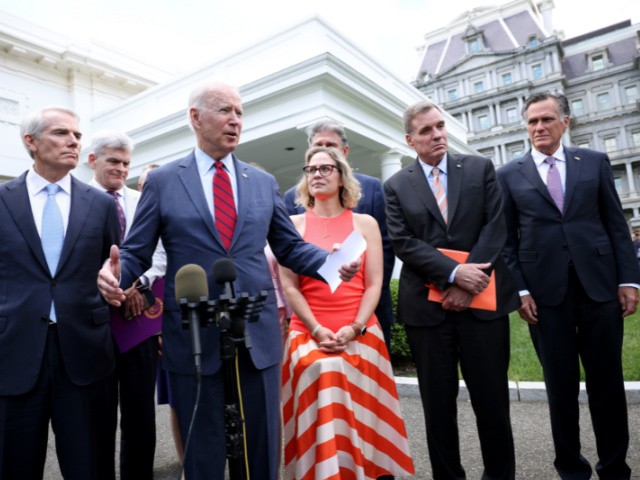 “None of these meetings went particularly well or resulted in any deals,” a source told Punchbowl.