Ho worked at the NAACP Legal Defense and Educational Fund from 2009 to 2013, where he was an assistant counsel working on “voting rights litigation and other civil rights matters,” according to the White House. Since 2013, he has served as the director of the ACLU’s Rights Project. Ho’s extensive commentary on “voter suppression” can be found on his ACLU page.

Choosing Ho as a nominee could also be seen as a political statement against Republicans. For months, Democrats and the Biden administration have accused Republicans of attempting to suppress voters with voter integrity legislation and have labeled provisions like requiring voter ID as “racist.” Democrats have also largely been pushing the “For the People Act,” also known as H.R. 1, which would radically change American democracy, nationalize elections, and make permanent changes to voting rules that would virtually ensure Democrats never lose another election.

The ACLU, including Ho, set itself up as an adversary of former President Donald Trump during his time in the Oval Office.

“Ho argued against the Trump administration twice at the U.S. Supreme Court, including a successful challenge involving citizenship on the 2020 Census,” Bloomberg Law reported. 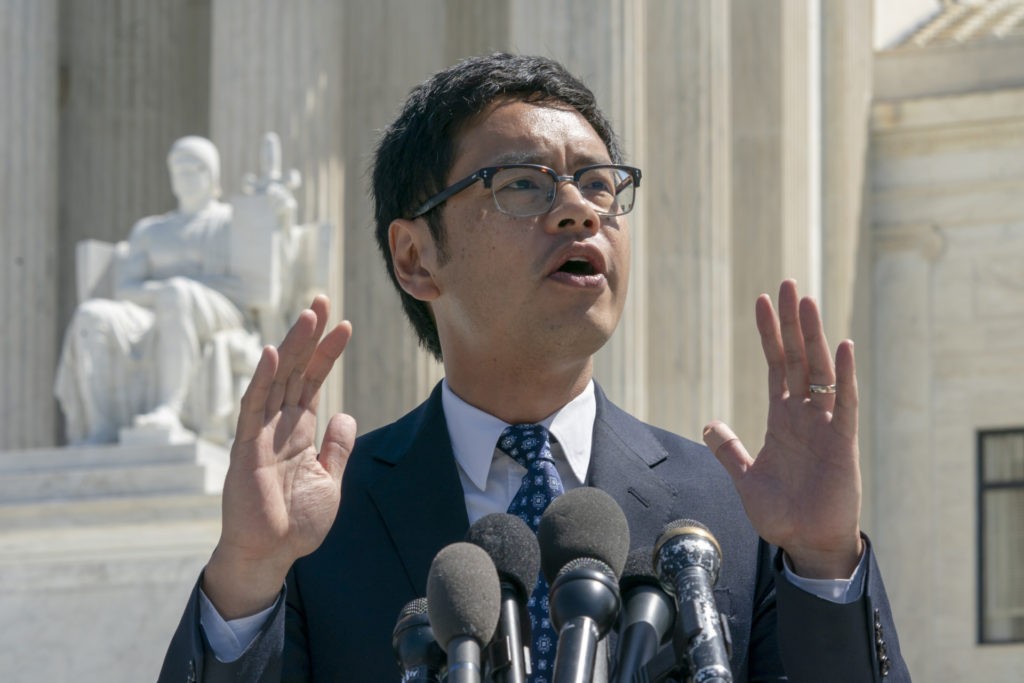 ACLU attorney Dale Ho speaks to reporters after he argued before the Supreme Court against the Trump administration’s plan to ask about citizenship on the 2020 census, in Washington, April 23, 2019. (AP Photo/J. Scott Applewhite)

With a slim majority in the Senate, Biden has been able to confirm judges at a faster pace than all of the presidents before him since Richard Nixon.

Biden has nominated 53 federal judges, many of whom appear to be a bid to fill diversity quotas. Besides Ho, who would be the only active Asian American judge in his district, several of the other district court nominees would satisfy the dogma of identity politics.

Fleming would be the second Black judge on his court. Lopez, today a federal magistrate judge, was nominated to her court alongside Superior Court Judge Jinsook Ohta, who would be the first Asian American woman district court judge on that court.

By gender, 32 of Biden’s 53 judicial nominees have been women, including six on Thursday, according to the report.

So far, the Senate has approved 14 of the nominees “amid a rush by Democrats to shape the judiciary and counter the influence of Trump’s near-record 234 appointments while they maintain their narrow control of the chamber,” Reuters reported.