“We’re looking at all options,” De Blasio stated in an interview with WNYC radio. 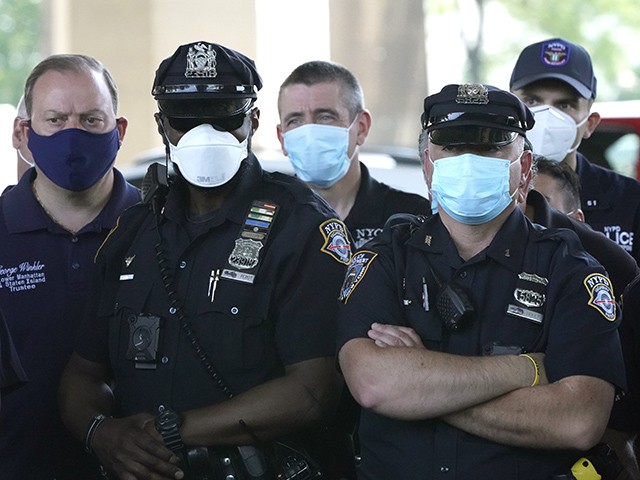 NYPD Police officers listen as Police Benevolent Association of the City of New York President Pat Lynch and representatives from other NYPD and law enforcement unions holds a news conference at the Icahn Stadium parking lot on June 9, 2020 to address the “current anti-law enforcement environment.” in New York. (Photo by TIMOTHY A. CLARY / AFP) (Photo by TIMOTHY A. CLARY/AFP via Getty Images)

NYPD Commissioner Dermot Shea expressed support for a vaccine mandate, telling reporters during a Wednesday press conference that, “I would be supportive of a vaccine mandate. I’ve said that from day one. I think that the science, to health, the emergency situation that we’re in, it makes sense.”

The Police Benevolent Association, New York City’s largest police union, has said that any change to the current vaccine mandate policy should be presented before members. Presently NYPD officers are required to be inoculated against coronavirus or provide proof of a negative test result on a weekly basis. 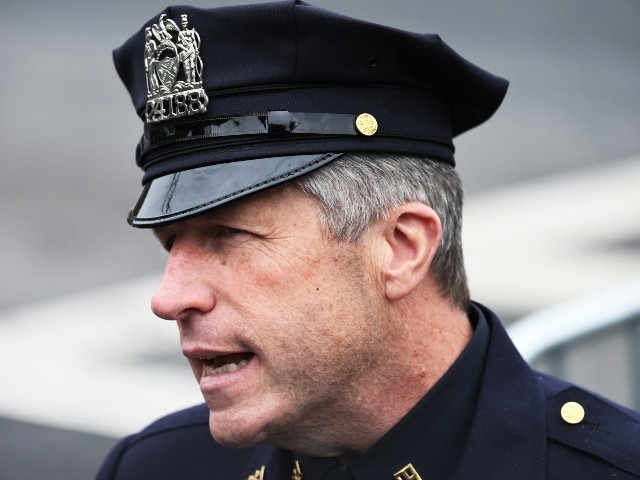 GREENLAWN, NEW YORK – MAY 04: PBA president Pat Lynch speaks to members of the media during the funeral service of NYPD Officer Anastasios Tsakos at St. Paraskevi Greek Orthodox Shrine Church on May 04, 2021 in Greenlawn, New York. Officer Tsakos was killed in the line of duty by an alleged drunk driver on the Long Island Expressway on April 27. (Photo by Michael M. Santiago/Getty Images)

“In the PBA’s view, the COVID-19 vaccine is a medical decision that members must make in consultation with their own healthcare providers,” Pat Lynch, who serves as the union’s president, stated. “We have pushed to make the vaccine available to all members who seek it, and we will continue to protect the rights of members who are not vaccinated.”

Officers in other cities, including Los Angeles and Seattle, face deadlines this month to get vaccinated or risk losing their jobs. In Los Angeles, officials said more than 30% of officers remain unvaccinated despite an Oct. 20 deadline. In Seattle, several hundred officers haven’t shown proof of vaccination ahead of an Oct. 18 deadline. In Massachusetts and Oregon, state troopers face firing for failing to meet vaccine requirements.