Rep. Greg Murphy (R-NC) pushed back on Thursday against the attempt by the Department of Justice (DOJ) to “intimidate concerned parents” accused of posing a threat to school personnel, referring to it as “deeply disturbing” while demanding transparency and a full committee briefing prior to any actions taken by the DOJ or FBI.

In a press release, Rep. Murphy, who was named Ranking Member of the Higher Education and Workforce Investment Subcommittee earlier this year, announced he was joining his colleagues in penning a letter to Secretary of Education Miguel Cardona and Attorney General Merrick Garland about the targeting of parents against Critical Race Theory.

“In the letter, Rep. Murphy and his colleagues demanded a committee briefing regarding the administration’s recent threats against parents concerned about their children’s education,” Murphy’s office said in its press release.

➡️ @EdLaborGOP is pushing back against the DOJ's unconstitutional efforts to intimidate parents who are speaking out about against the far-left's indoctrination of students. https://t.co/d6rUXV8Vd0 pic.twitter.com/CB7pSePhJ1

Murphy pinned the responsibility to “combat criminal behavior AND defend our constitutional rights, including the freedom of speech and freedom of assembly,” on the attorney general, while condemning the Biden administration for attempting to “silence dissent” among parents critical of CRT studies in schools.

“The Administration’s attempt to silence dissent among concerned parents is deeply disturbing,” the statement reads.

Calling for genuine threats of violence to result in prosecution “to the fullest extent of the law,” Murphy’s statement demanded the Biden administration “clarify” its position immediately, and explain why it plans to target “parents exercising their civil rights at school board meetings.”

“To be clear,” the statement continues, “parents are the primary stakeholders in their child’s education – not the federal government.”

The letter, which calls for transparency as well as a “full committee briefing regarding the investigation of parents prior to any action by the DOJ or FBI,” highlights the importance that school staff and elected officials “understand and address” the concerns of parents.

“Violence and threats of violence are never acceptable,” it reads. “Neither are school boards hiding behind law enforcement rather than dealing with parents’ sincere concerns.”

It also dubbed Garland’s dismissal and threatening of “the lawful expression of parents’ legitimate concerns” regarding CRT studies “harmful to our nation” and accused the DOJ of being equally at fault for “disrespecting and abandoning parents.” 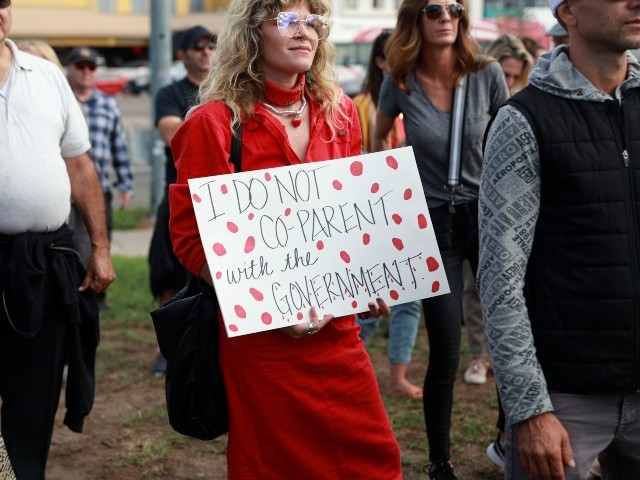 Calling the memo’s aim to promulgate unnecessary measures designed to address the alleged rise in criminal conduct directed towards school personnel “alarming,” the letter blasts the creation of a task force “meant to threaten families and quash the rights to speak to their elected officials,” adding that it is imperative that the committee be briefed on any plans prior to any action.

The letter, which carries the signatures of Reps. Jim Banks, Burgess Owens, Elise Stefanik, and many other Republican members of the committee, also lamented the “disparaging” comments of the education secretary toward parents, after he described them as “angry their guy didn’t win.”

“Attorney General Garland is weaponizing the DOJ by using the FBI to pursue concerned parents and silence them through intimidation,” DeSantis wrote. “Florida will defend the free speech rights of its citizens and will not allow federal agents to squelch dissent.”

Rep. Ken Buck (R-CO) in a Tuesday letter, accused Garland of using the FBI and DOJ “to intimidate and silence parents who are exercising their First Amendment rights.”

Sen. Josh Hawley (R-MO), in his own letter to Garland, blasted the memo while describing CRT as a “radical racist ideology.” 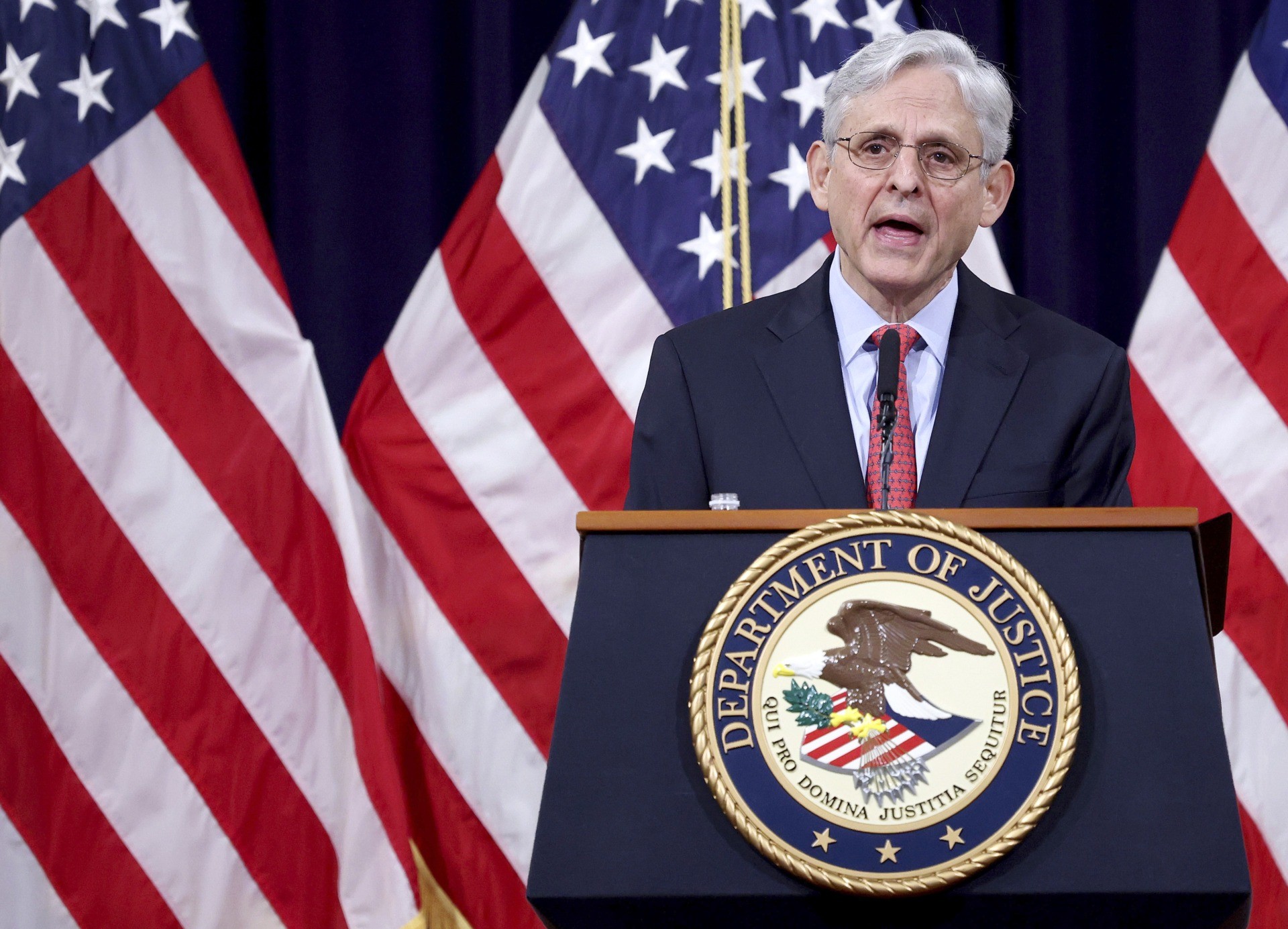 “Americans have responded to this radical ideology by winning elections for local school boards and protesting peacefully at school board meetings,” he wrote. “Yet your memo yesterday to the FBI and local U.S. attorneys ignored all of this and warned of an insurgence of ‘threats of violence’ and ‘efforts to intimidate individuals based on their views.’”

Appearing on Fox News’ Tucker Carlson Tonight on Tuesday, Hawley told the primetime host that FBI agents should be dealing with “the unprecedented surge of crime of illegal immigration [and] drug smuggling” at the border, yet “instead, we’re going to go after parents.”

“You’ve lost the argument when you are sending FBI agents to try and silence voting tax-paying parents,” he added.

Senator Tom Cotton (R-AR) also sent a letter to Garland on Wednesday, battering him with questions about the controversial memo.

Garland’s memo follows the penning of a letter to President Joe Biden by the National School Boards Association (NSBA) requesting “federal law enforcement and other assistance” in dealing with parents frustrated by mask mandates and CRT programming for school children.

In an exchange with Sen. Mike Braun (R-IN) during a hearing of the Senate Committee on Health, Education, Labor & Pensions last week, Biden Education Secretary Miguel Cardona refused to say that parents are the “primary” stakeholders in their children’s education. 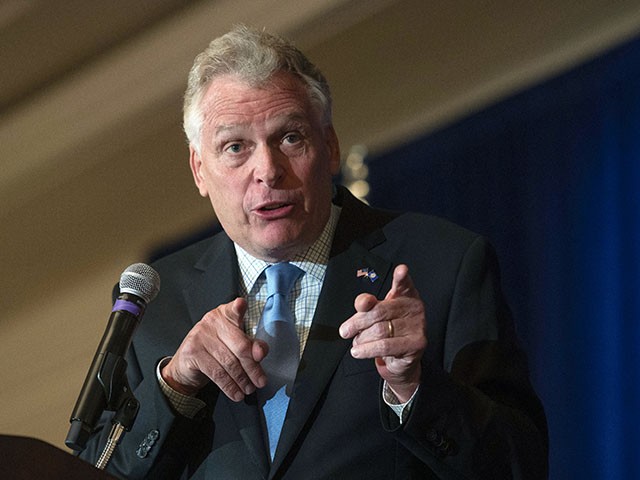 The battle over CRT in schools has resulted in nationwide tension in recent months.

The theory, which is promoted by many on the left, claims that American institutions — the government, economy, and culture — are based on racial hierarchy, with white people at the top and black people at the bottom, and even that which appears race-neutral is, on closer inspection, rooted in racism.

As a result, it urges reform in virtually all of its institutions.

In June, a former Democrat congressional candidate called on Americans to listen to black parents who oppose CRT “indoctrination” in schools, while calling on black Americans to reject the Democrat Party’s race narrative and, instead, realize “that their skin color is not a barrier to their progress,” adding that Democrats use race to galvanize black electorate support though many black Americans actually “have conservative ideals.”

On Wednesday, Attorney General Garland’s son-in-law was reported to be a co-founder of an educational data mining company that promotes the tenets of Critical Race Theory (CRT), according to Becker News.