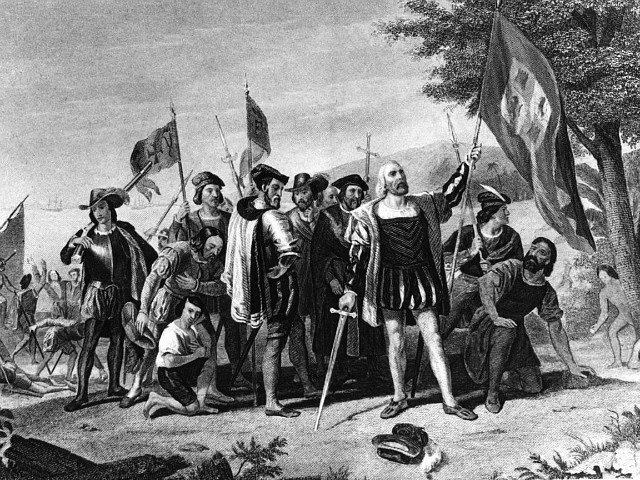 In a statement, DeSantis pushed back against critics who seek to diminish Columbus’s exploration that led to the founding of the United States of America. He said:

Columbus Day commemorates the life and legacy of the Italian explorer, Christopher Columbus, who made Europeans conscious of the existence of the New World and whose travels opened the door for the development of European settlements in the Western Hemisphere, which would ultimately lead to the establishment of the United States of America.

WHEREAS, when Christopher Columbus sailed the ocean blue in 1492 as a Genoan traveling with the sponsorship of King Ferdinand and Queen Isabella of Spain, he and is crew aboard the Niña, Pinta, and Santa Maria set the precedent for the contribution of European immigrants to the development of the culture and economy of the countries of the Western Hemisphere; and

WHEREAS, Columbus Day was first proclaimed a national holiday by President Benjamin Harrison in 1892 to commemorate the 400th anniversary of Columbus’ discovery of America and for more than a century has, until very recently, been a unifying day for all Americans to celebrate the fact that had Columbus and the explorers who followed him not traveled across the Atlantic, the country we hold dear and the lives we enjoy would not exist; and

WHEREAS, Columbus stands a singular figure in Western Civilization who exemplified courage, risk-taking and heroism in the face of enormous odds; as a visionary who saw the possibilities of exploration beyond Europe; and as a founding father who laid the foundation for what would one day become the United States of America, which would commemorate Columbus by naming its federal district after him; and

WHEREAS, Columbus continues to be a historical figure who engenders the pride of nearly 17 million Italian Americans, a community whose warmth, generosity, patriotism, and love of family have made those characteristics even greater components of the broader American culture and way of life; and

WHEREAS, we must learn from history and continue to discuss Columbus’ contributions, discoveries, and experiences rather than revise history, and acknowledge that individuals who seek to defame Columbus and try to expunge the day from our civic calendar do so as part of a mission to portray the United States and Western history in a negative light as they seek to blame our country and its values for all that is evil in the world, rather than see it as the force for good, and

WHEREAS, by celebrating and acknowledging Christopher Columbus, European explorers and the native tribes they encountered in the New World, we can come to appreciate the exploration and development of civilization in this hemisphere with optimism, hope, and an appreciation of the trail-blazing legacy of American heroes who built the greatest nation the world has ever known; and

WHEREAS, on this Columbus Day as American entrepreneurs embark upon a new age of exploration, we acknowledge that without the heroism of explorers who ventured into the unknown some five centuries ago, we would not be here today in this hemisphere, on this continent, in this country, with the ones we love, as Americans propel humanity forward as the engine of innovation and the guarantor of global security and stability.