The International Olympic Committee (IOC) announced Wednesday it will not challenge 2022 Winter Olympic Games host China over its human rights record, claiming the governing body’s remit is purely about sport and not dictating to sovereign countries.

When asked about the treatment of minority Muslim Uyghurs in China, IOC Vice President John Coates told an audience in his home country Australia the body simply has no mandate to act.

“We are not a world government. We have to respect the sovereignty of the countries who are hosting the games,” Coates said, taking a stand against a growing world clamor for the event to be boycotted.

Rights groups believe at least one million Uyghurs and members of other mostly Muslim minorities have been incarcerated in the northwestern Xinjiang region.

Beijing has also been accused of denying basic human rights in Hong Kong. 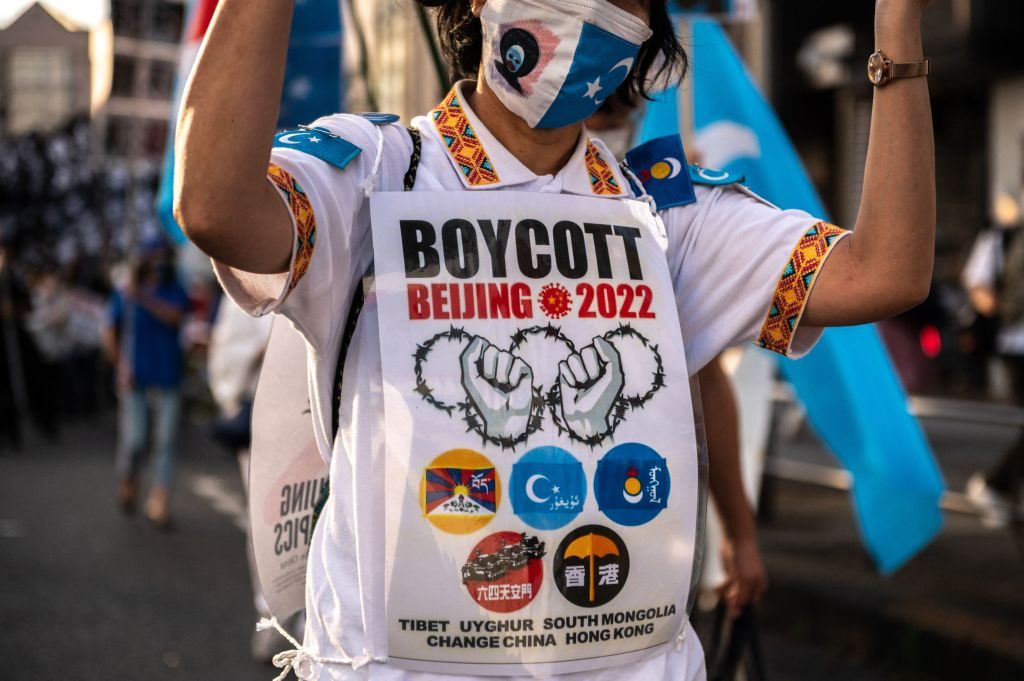 Activists take part in a protest calling for a boycott of the Beijing 2022 Olympic Games over China’s human rights record, in Tokyo on October 2, 2021. (PHILIP FONG/AFP via Getty Images)

The ruling Chinese Communist Party dictatorship has denied any wrongdoing.

The IOC included human rights requirements several years ago in the host city contract for the 2024 Paris Olympics, but it did not include those guidelines — the U.N. Guiding Principles on Business and Human Rights — for Beijing.

Coates said the governing body’s human rights remit only covered the “Olympic movement” and the national Olympic committees who were members.

But … the IOC’s remit is to ensure that there is no human rights abuses in respect of the conduct of the Games within the national Olympic committees or within the Olympic movement.

The Beijing Winter Olympics take place next February, but there have been calls for sponsors and others to boycott them or to find a way to protest the state of human rights in China.

The United States Congress has grilled five major sponsors — including Visa and Airbnb — accusing them of supporting the genocide of Muslim minorities in Xinjiang while former Secretary of State Michael Pompeo has personally urged Americans to boycott the sports showpiece. 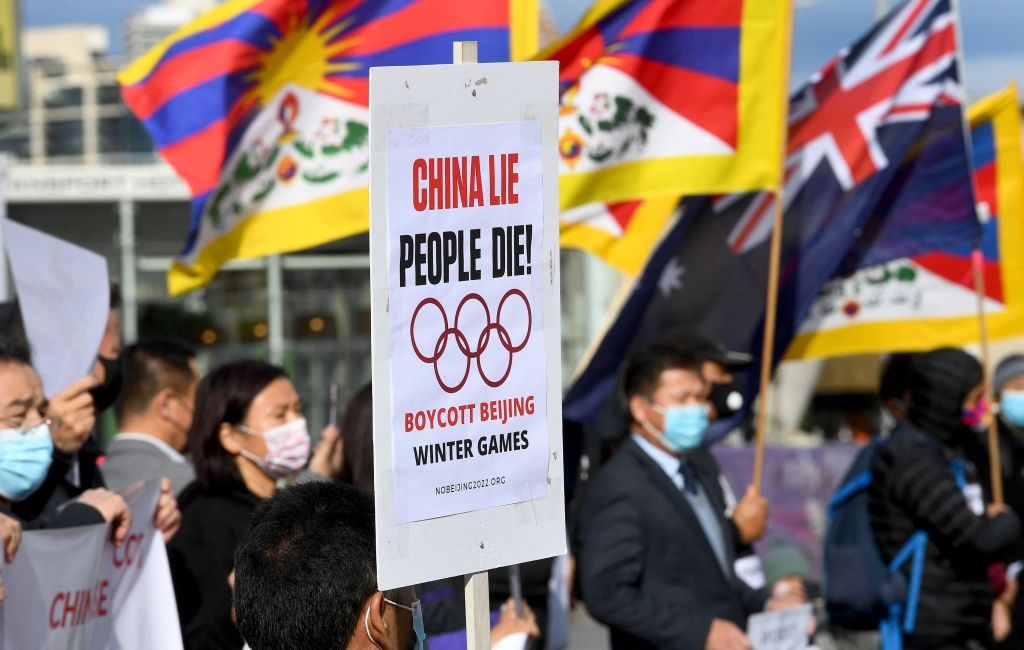 Activists including members of the local Hong Kong, Tibetan and Uyghur communities hold up banners and placards in Melbourne on June 23, 2021, calling on the Australian government to boycott the 2022 Beijing Winter Olympics over China’s human rights record. (WILLIAM WEST/AFP via Getty Images)

In response, Beijing has accused U.S. politicians of “politicising sports” and of slandering China and, as Breitbart News reported, threatened economic sanctions against any country that refused to attend.

China has been ruled by the Communist Party since 1949 and has hosted the Olympics once before — the 2008 Beijing Summer Games, an event widely viewed as a showcase for China’s growing wealth and status as a rising power.

Critics fear the next event will solidify China’s belief it is beyond reproach when it comes to dealing with its ethnic and religious minorities.

The rationale will be the ongoing coronavirus pandemic.