Florida Politics first reported on the new record but noted Demings’ campaign anticipates it will still “get outspent” by Rubio, despite Demings outperforming the Florida Republican in second and now third quarter fundraising.

“Make no mistake: we expect to get outspent, and our historically strong fundraising will simply allow us to keep up with the tens of millions of dollars wealthy special interests will dump into Florida on Marco Rubio’s behalf next year,” Demings campaign manager Zach Carroll stated, per the outlet.

Rubio’s campaign noted to Breitbart News that the senator nearly doubled the 2019 record for a Republican at this stage of a campaign, which had been set by Sen. Lindsey Graham (R-SC), who raised $3.3 million in 2019’s third quarter.

The Sunshine State’s Senate race is poised to be one of the most expensive races of the midterms given the two candidates’ national profiles and their third quarter fundraiser showings in a battleground election.

Rubio, a two-term senator who ran for president in 2016, is already sitting on $9.6 million in cash on hand, while Demings has $6 million. 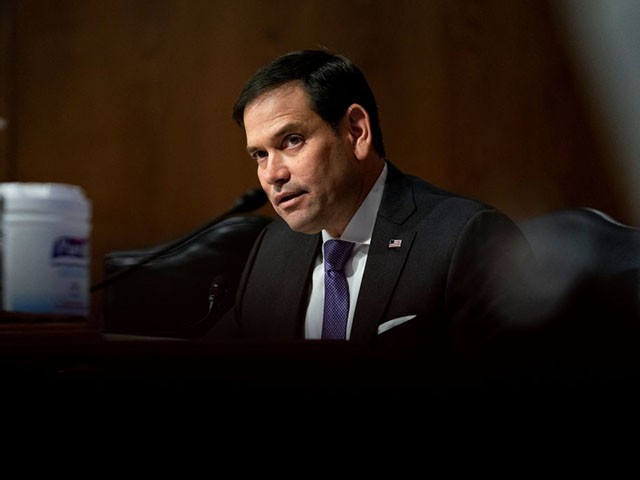 Sen. Marco Rubio speaks during a hearing on Capitol Hill in Washington, DC, on May 26, 2021. (Stefani Reynolds/Getty Images)

Demings, who is a former chief of the Orlando Police Department and front-running Democrat for next year’s matchup with Rubio, announced she took in 308,000 donations in the third quarter and saw an average donation amount of $28.45.

The Florida Democrat was recently asked during a virtual event held by Democracy Matters about the “woeful state of the Florida Democratic Party” and if she planned to place a “major emphasis on statewide grassroots organizing” as her campaign progresses.

The congresswoman responded that she believes the outcome of the Georgia Senate runoff races in January 2021 — two tight races that resulted in stunning Democrat victories in the swing state — happened because of grassroots support and that it signals “hope” for her own campaign.

“I do believe that we are going to have the infrastructure, which is the foundation of our grassroots efforts,” Demings said, adding that she believes her supporters will have “someone and something to be excited about and turn out for as opposed to just turn it out against the other guy, who’s an empty suit.”