Parents in Loudoun County, Virginia, were livid Tuesday night over an alleged coverup of sexual assault as debate rages over a transgender policy allowing male students to use female facilities such as restrooms and locker rooms.

Tuesday’s Loudoun County school board meeting, which has been a national hotbed of controversy over the implementation of radical Critical Race Theory and transgender policies, was dominated by parents speaking up about the alleged coverup of a sexual assault by a student who identifies as a transgender woman, according to an explosive report. Many parents called for the resignations of school board members. 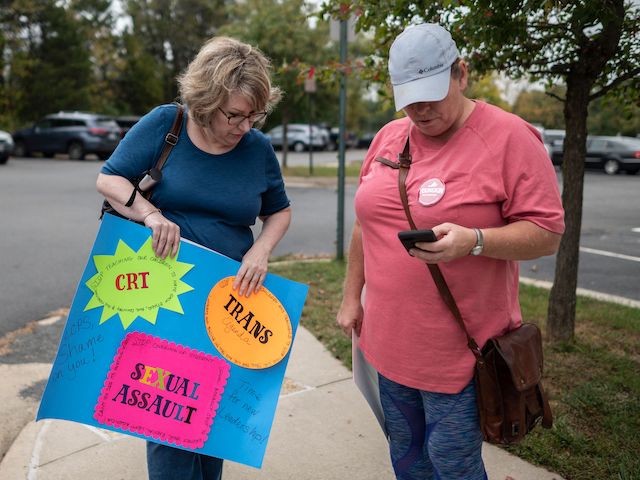 Protesters and activists stand outside a Loudoun County Public Schools (LCPS) board meeting in Ashburn, Virginia, on October 12, 2021. (Andrew Caballero-Reynolds/AFP via Getty Images)

According to ABC7 News, “the same juvenile suspect was charged with a second sexual assault at another Loudoun County school after the May 28 incident.”

At Tuesday’s school board meeting, members were questioned heavily on how this could happen in their county, with speaker Monica Sadeghi saying, “How do you expect parents across this county to drop off their kids and entrust you all to keep them safe when you’ve shown on more than one occasion you are not up for the job?”

ABC7 also noted that the school “cannot comment on” how the incident with Smith’s daughter “didn’t cause the discipline to rise to the level of immediate expulsion.”

To the point, speaker Theresa Lieberman noted that, “When the Catholic Church passed predator priest from parish to parish the walls came eventually crashing down on them. And they were finally held accountable for the abuse. When is doctor [Loudoun County Public Schools Superintendent Scott] Ziegler and this board going to be held accountable?” 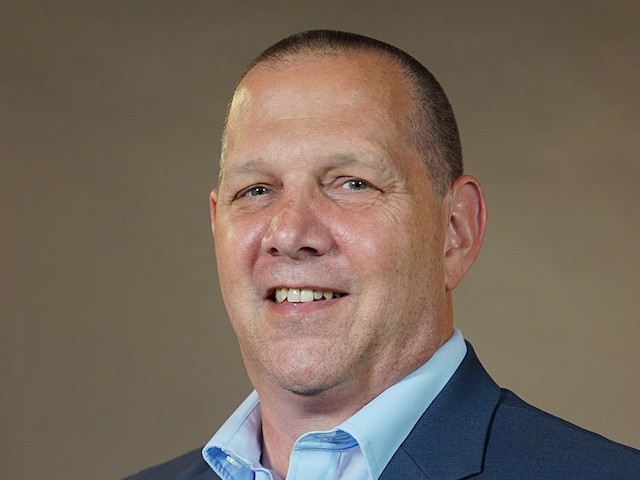 Scott Smith, for his part, had been made the face of disorder at school board meetings over the past several months. He delivered a fiery presentation to the school board after Ziegler had claimed “the school system had no record of any assault occurring in any school bathroom,” according to the Daily Wire. In Smith’s recollection, he “went nuts” after another attendee said they did not believe his daughter, and he was subsequently arrested.

Organizations like the National School Boards Association (NSBA) smeared Smith in a letter to the Biden administration, calling parents like him “domestic terrorists” and pleading with the federal government to use the PATRIOT Act to counteract parents who opposed radical policies. The NSBA specifically cited Smith’s arrest as an example of parents “inciting chaos during board meetings” in a letter addressed to President Biden.

In turn, Attorney General Merrick Garland directed the FBI to look into such cases where parents were standing up for their children against school board directives. 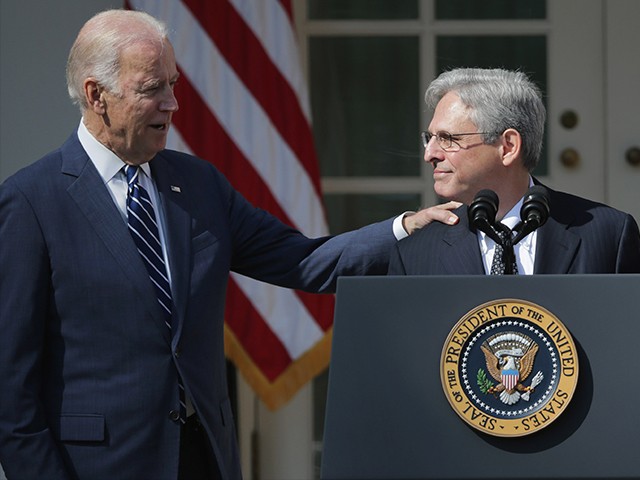 Joe Biden congratulates Merrick Garland after he was nominated by then-President Barack Obama to the Supreme Court in the Rose Garden at the White House, March 16, 2016, in Washington, DC. (Chip Somodevilla/Getty Images)

When confronted by ABC7 about the incident, Superintendent Ziegler replied, “If you put the camera and microphone down you can come in.”