Florida Gov. Ron DeSantis (R) on Thursday announced he is calling the Florida Legislature back for a special session to address intrusive vaccine mandates and create protections for Floridians who risk losing their jobs. He stressed an individual’s right to earn a living “should not be contingent upon COVID shots.”

“Were to announce we need to take action to protect Florida jobs,” DeSantis said during a press conference in Pinellas County.

“We have a situation now unfortunately in our country where we have a federal government that is very much trying to use the heavy hand of government to force a lot of these injections,” he said, emphasizing his administration’s fundamental belief that people should have basic medical freedom and individual choice. Ultimately, an individual’s “right to earn a living should not be contingent upon COVID shots,” he said.

“And so that’s what we need,” the governor said to applause.

DeSantis noted that the state worked hard to provide vaccines to the elderly and those who wanted them but said they made it clear “from day one” they would make them available for all but mandate the shots for none. 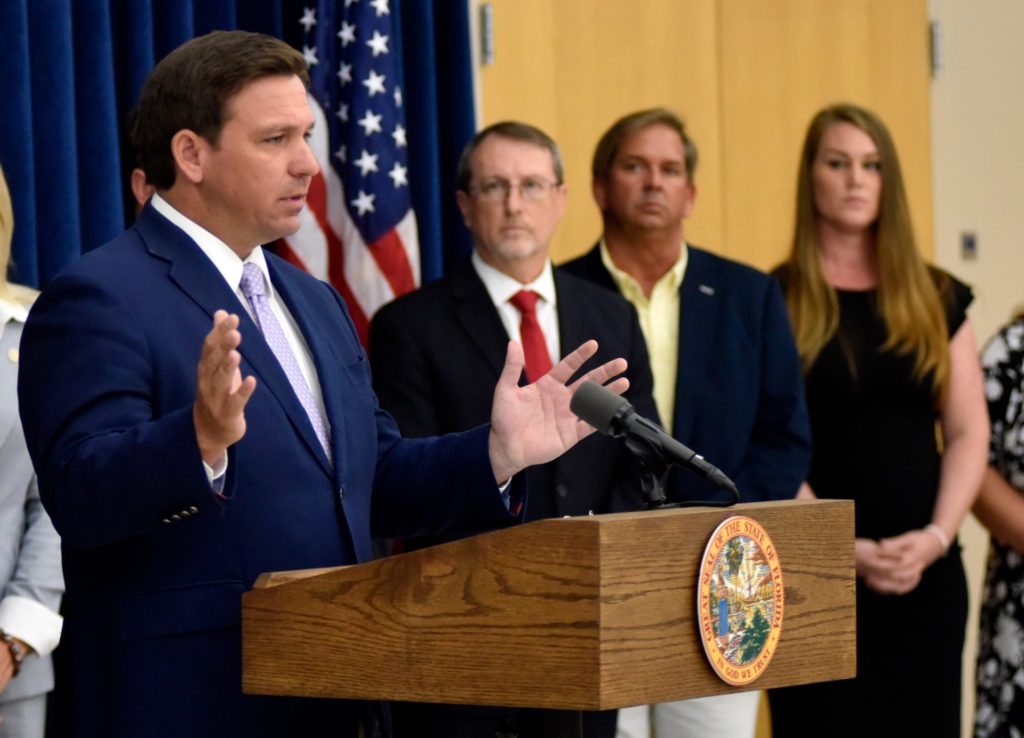 But now, particularly with the Biden administration’s forthcoming OSHA rule, jobs remain in jeopardy, although DeSantis said the administration will contest the rule.

“There are also mandates that potentially could have devastating effects on the state of Florida. One is a federal contractor mandate” which is “putting thousands and thousands of jobs in jeopardy,” he said, noting there are a lot of contractors in Florida, particularly in space and defense.

Those workers are facing getting “kicked to the curb.” Meanwhile,  companies “are in a situation where if they don’t comply, then they would lose out on getting any contracts which is the basic way they do businesses, and so it’s a really really bad situation,” DeSantis said.

“So the attorney general and I, we are working now, we want to contest that contractor mandate in court as well,” he said, adding that his administration will also contest the mandate imposed on hospitals through CMS, where they lose Medicaid and Medicare funding if they fail to comply.

“Well, none of these healthcare providers would be able to function, particularly in a state like Florida where most of their patients are on Medicare, so we think that’s illegal, that’s wrong, and we’re going to be doing that as well,” he said.

However, DeSantis explained it is “not just limited to that,” as some businesses and local governments are violating “what is decent” even though his administration has made it clear individuals cannot be fired based on vaccine choices.

“They’re doing it,” he said, noting that many employers are not honoring the exemptions, either. Because of that, he is calling the legislature back for a special session to address these mounting issues. 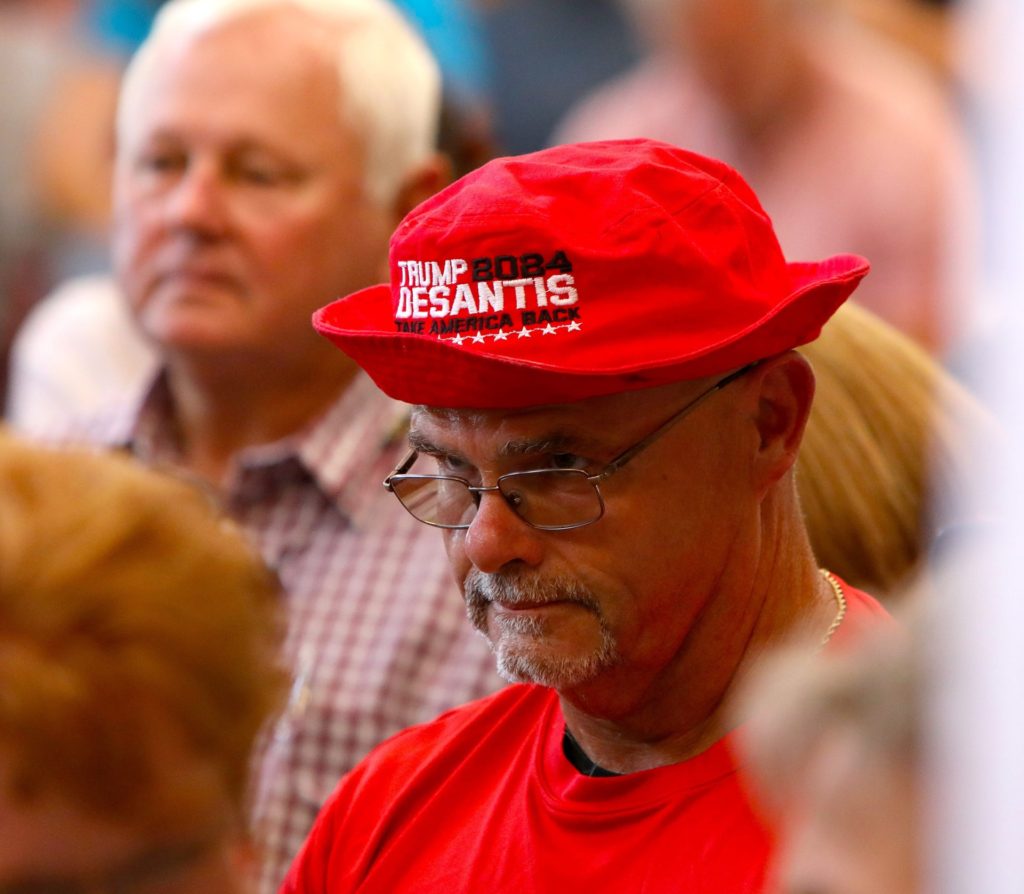 “So what we’re going to be doing in addition to mounting aggressive legal challenge to federal mandates, we’re also going to be taking legislative action to add protection to the people of the state of Florida, and that’s something that cannot wait until the regular legislative session next year,” he said, emphasizing that it “needs to happen soon.”

“We will be calling the legislature back for a special session,” he said to cheers. “We want to make sure that individuals in Florida have their livelihoods and their jobs protected and I think this is something — when we were doing the last legislative session, it would have never occurred to me that we would be in the situation that we are with some of the insanity that’s reigning down right now.”

“We took very strong action against things like vaccine passports. That was the right decision to do because we don’t want people to have their freedom circumscribed based on showing papers, and we really nipped that whole issue in the bud here in Florida,” he said.

But now, people and businesses face these “aggressive” potential mandates, and “we need to provide protections,” the governor added.