A labor union is opposing seaports’ ability to quickly and efficiently move containers from ships to trucks, further compounding the supply chain crisis that is impacting American families and workers across the nation, Bloomberg reported Tuesday.

“With supply chain congestion expected to continue well into next year, we are hopeful this cooperation can extend to the contract negotiations to take place between the PMA and ILWU,” James continued.

The two organizations have ongoing negotiations about using technology to more easily move containers and clear the supply chain backlog. Those negotiations are to conclude in 2022. Yet ILWU has opposed changes in the past to other terminal facilities at ports. 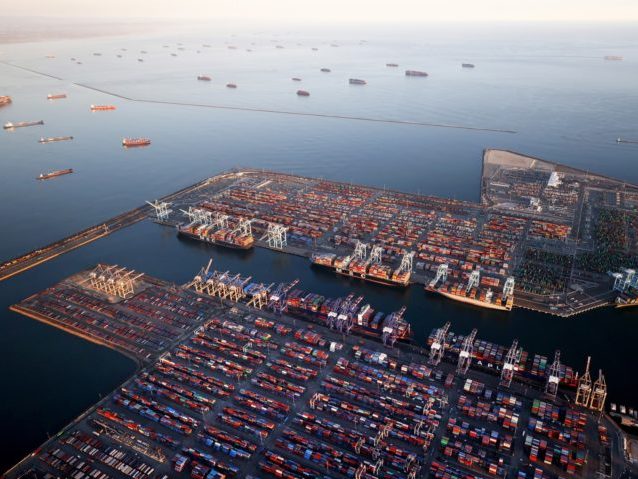 In an aerial view, container ships (Top L) are anchored by the ports of Long Beach and Los Angeles as they wait to offload on September 20, 2021 near Los Angeles, California. Amid a record-high demand for imported goods and a shortage of shipping containers and truckers, the twin ports are currently seeing unprecedented congestion. On September 17, there were a record total of 147 ships, 95 of which were container ships, in the twin ports, which move about 40 percent of all cargo containers entering the U.S. (Photo by Mario Tama/Getty Images)

In May, ILWU opposed improvements to a Southern California container terminal facility, Total Terminal International (TTI), where containers are transshipped between transport vehicles and moved onward to trucks and trains.
“As the Long Beach Harbor Commission, the mayor of Long Beach, and the executive director of the Port of Long Beach consider TTI’s request, we ask that it carefully weigh the impacts that continued automation would have on American jobs and our local communities,” president of ILWU Danny Miranda said.
The International Longshoreman’s Association estimates equipment that will reduce the supply chain crisis could “eliminate 40 to 70 percent” of union jobs, noting, however, that “automation also creates new jobs associated with the installation and maintenance of electrified equipment, programming, and related functions.”

Bloomberg reported ILWU has already lost a massive amount of membership over the course of the year nationwide. 8,000 members have left in 2021 (29,000 members compared to 37,000).

While the labor union shrinks in size, the supply chain crisis is metastasizing. Truck driver Carlos Rameriz told Yahoo News Monday the ports are having difficulty releasing containers to drivers. 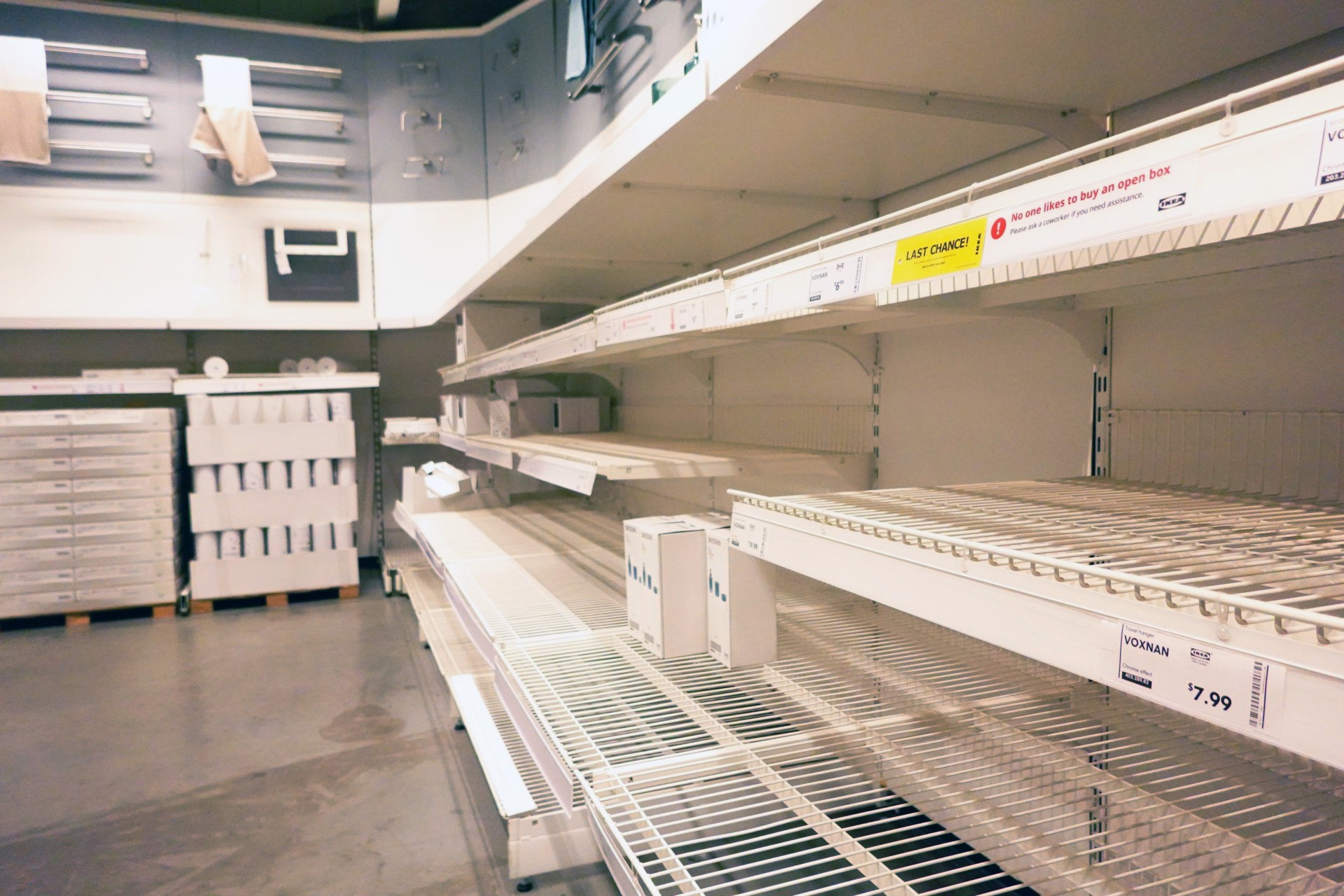 NEW YORK, NEW YORK – OCTOBER 15: Empty shelves are seen at an IKEA store on October 15, 2021 in the Red Hook neighborhood of Brooklyn borough in New York City. Executives at IKEA have warned of supply chain disruption that could last into next year leaving some stores without certain items. Stores in North America are expected to be hardest hit by product shortages first and then followed by stores in Europe. (Photo by Michael M. Santiago/Getty Images)

“It’s been the worst month I ever had. There’s no work. They’re not releasing anything from [the port],” said Rameriz. “That’s what pays my bills.” The drivers are at the “mercy of longshoremen who operate on their own schedule,” Rameriz added.

Meanwhile, ships that have not unloaded containers quickly enough at the ports will be fined starting November 1 at Los Angeles and Long Beach ports, which are the busiest in the nation, doubling the volume of Port of New York and New Jersey at 17 million containers.

As a result, American families may experience the most expensive Thanksgiving celebration in the history of the holiday, the New York Times wrote Monday.