President Joe Biden met secretly with Pope Francis on Friday in Rome, breaking tradition by keeping reporters out of the room when he arrived.

The president and First Lady Jill Biden arrived at about noon and was greeted by Head of the Papal Household Monsignor Leonardo Sapienza, but reporters were prevented from watching them meet the pope. 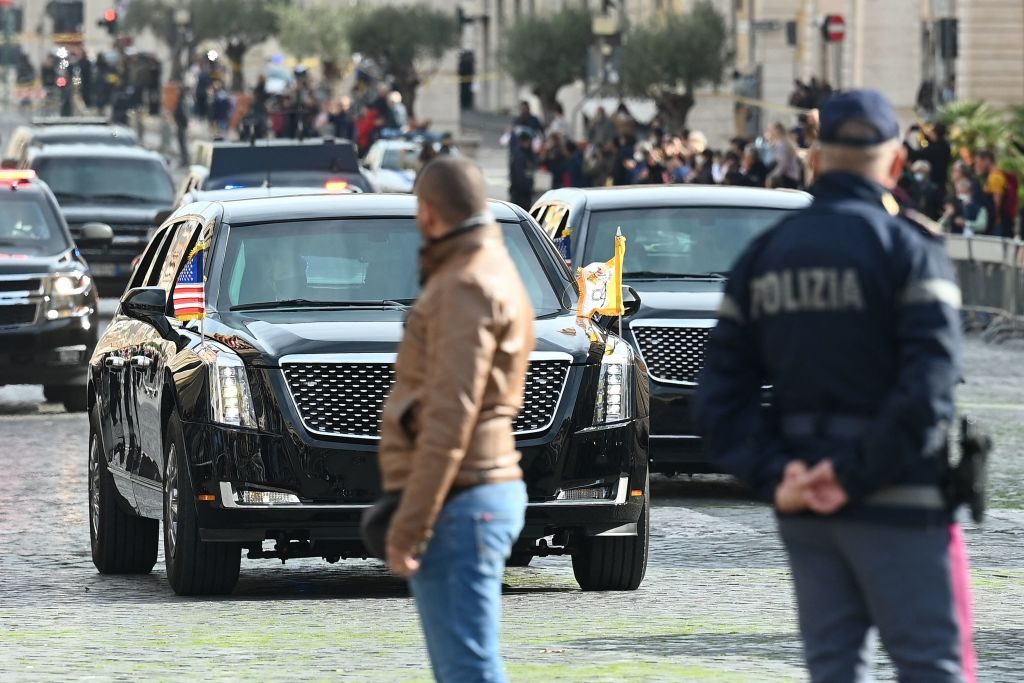 Police officers stand by as the motorcade of U.S. President Joe Biden arrives across the Via della Conciliazione in Rome leading to the Vatican on October 29, 2021, for Biden’s meeting with Pope Francis. (VINCENZO PINTO/AFP via Getty Images)

Officially, it was the Vatican that set the press rules for the visit, but the White House did not push for press access traditionally granted to American presidents.

It is deeply unfortunate that WH news photographers won't be permitted to capture pictures of Biden with the pope today. Here are @AP_Images of previous presidents being received at the Vatican. pic.twitter.com/kkU8CYQzXc

The president met with Pope Francis for about 90 minutes before a second expanded meeting began.

The Vatican planned to send edited footage of the meeting to reporters after the meeting.

The meeting between Biden and Francis lasted roughly 90 minutes.

We're now waiting on the Vatican's TV production team to feed edited video from the only camera that taped Biden's meeting with the pope.

Regrettably, no independent American journalists were permitted inside.

Physician to the President Dr. Kevin O’Connor also joined the president for his meeting with Pope Francis.