According to the survey, Biden’s approval “has been in sharp decline in recent months, now 14 points below the net +10% rating he received in a 4-5 September poll.”

Biden is not alone, as Harris has also “experienced a downturn” in approval. According to the survey, 42 percent disapprove, compared to 37 percent who approve. This makes her net approval -5, down from the -4 seen in the last survey.

Overall, a plurality believe the Biden administration is “incompetent.” 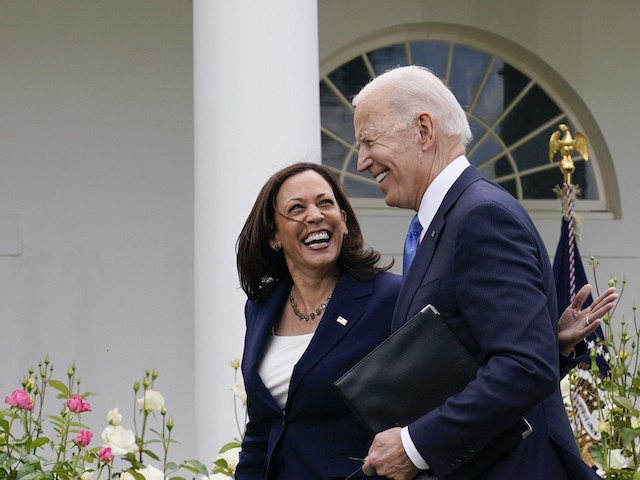 President Joe Biden walks with Vice President Kamala Harris after speaking on updated guidance on face mask mandates and COVID-19 response, in the Rose Garden of the White House, Thursday, May 13, 2021, in Washington. (AP Photo/Evan Vucci)

The declining approval for both officials follows a series of controversies over the past few months, including the botched withdrawal from Afghanistan and the supply chain crisis.

The latest controversy came Thursday after the Occupational Safety and Health Administration (OSHA) released a rule for a federal vaccine mandate and testing requirements on businesses with over 100 employees.