The Senate Banking Committee will hold a hearing Thursday at 9:30 a.m. Eastern to consider the qualifications for Omarova, a Cornell law professor, to become the Comptroller of the Office of the Currency (OCC).

Senate Banking Republicans said they plan to highlight just how radical Omarova would be as the Comptroller.

“We have never in my lifetime, and I think the lifetime of many members of this committee, which runs up to 35 years, seen a nominee just for a regulatory spot who was so openly hostile to the industry that he or she would be responsible for regulating,” a senior Senate GOP aide said Tuesday.

The aide said we have a nominee who has “talked openly and repeatedly about forbidding banking and that entire sector of the economy.”

During a March conference, Omarova discussed one of her papers, “The People’s Ledger How to Democratize Money and Finance the Economy,” in which she calls for the destruction of all private sector banks by mandating the transfer of all bank deposits to “FedAccounts” at the Federal Reserve.

During her conference speech, she said, “There will be no more private bank accounts, and all of the deposit accounts will be held directly at the Fed”: 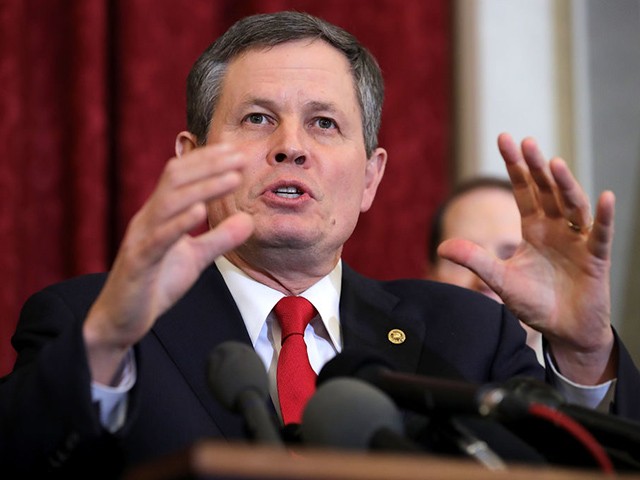 Omarova has also said she wants to see the bankruptcy of companies in the fossil fuel industry to pave the way for climate change policies.

“For certain troubled industries and firms that are in transition. And here what I’m thinking about is primarily coal industry and oil and gas industry,” she said.

Breitbart News Economics Editor John Carney noted Omarova would end community banking as we know it if the Senate confirms her.

The OCC is one of the most powerful financial regulators in the U.S., with primary responsibility over national bank charters. It is a part of the Treasury Department that can operate with wide autonomy. Since the position operates for five years, Omarova, if confirmed, could serve in the position beyond a one-term Biden presidency.

A former senior government official told Breitbart News if the Senate were to confirm Omarova, she would have the “most powerful, least accountable” position over America’s banking system.

Sen. Pat Toomey (R-PA), the ranking member of the Senate Banking Committee, has asked Omarova to provide the committee a copy of her thesis, “Karl Marx’s Economic Analysis and the Theory of Revolution in The Capital.”

Omarova has not provided a copy of her 1989 Moscow State University thesis to the Banking Committee.

Omorova’s radical views on banking could harm her chances of getting confirmed in the Senate Banking Committee.

NEW: @SenToomey is calling on top federal banking regulator nominee Saule Omarova to turn over a copy of her thesis, “Karl Marx’s Economic Analysis & the Theory of Revolution in The Capital."

Her Moscow State thesis recently disappeared from her resume.https://t.co/PnwaxEC2T9

Beyond the Senate Banking Committee, Senate Democrats would have to confirm Omarova with a one-member majority in the Senate.

In an interview with New York Magazine, Omarova dodged any accusations that she would eliminate national or community banks.

Of course, I expected that Wall Street banks would be strenuously opposing my nomination … because my work has been focused on how to minimize systemic risk that is created when large banking institutions start aggressively growing their trading operations and feed speculative booms that may be unsustainable. I expected that they would be worried about me becoming their regulator because they would know that I have strong views about not allowing another crisis to happen; they know I ask difficult questions and keep asking them, rather than being satisfied with superficially reassuring answers from the industry.

I wrote about Saule Omarova, Biden's nominee to be head the Office of the Comptroller of the Currency, whose hearing is tomorrow and who's being just stupidly, stupidly red-baited: https://t.co/841PG9XWMQ

Omarova concluded her interview, claiming that banks have nothing to worry about concerning her nomination as long as they commit to “doing good for the United States.”

She said, “Any bank that wants to channel credit into the real communities, real economy, I’ll be their best friend. If wealthy banks genuinely commit to doing good for the United States, then they have nothing to be afraid of from me. Nothing.”