The Round Rock Independent School District (RRISD) in Texas is using its own armed agents to arrest parents who speak out against the school board’s policies, according to Christopher Rufo in the City Journal.

Rufo, a senior fellow at the Manhattan Institute, said:

The battle lines are clear: on one side, the Biden administration, public school bureaucrats, and their armed agents; on the other, parents and families who oppose school closures, mask mandates, critical race theory and corruption. Public school officials have demonstrated a willingness to use police power to silence and intimidate their opponents.

Two fathers, Jeremy Story and Dustin Clark, had spoken out against the school board’s “alleged corruption and school officials’ hostility toward parents.” In August, while “produc[ing] evidence that the board had covered up an alleged assault by the superintendent, Hafedh Azaiez, against a mistress,” Story, a minister, was cut off midsentence as Azaiez ordered armed officers to remove him from the premises, according to Chronicles Magazine. 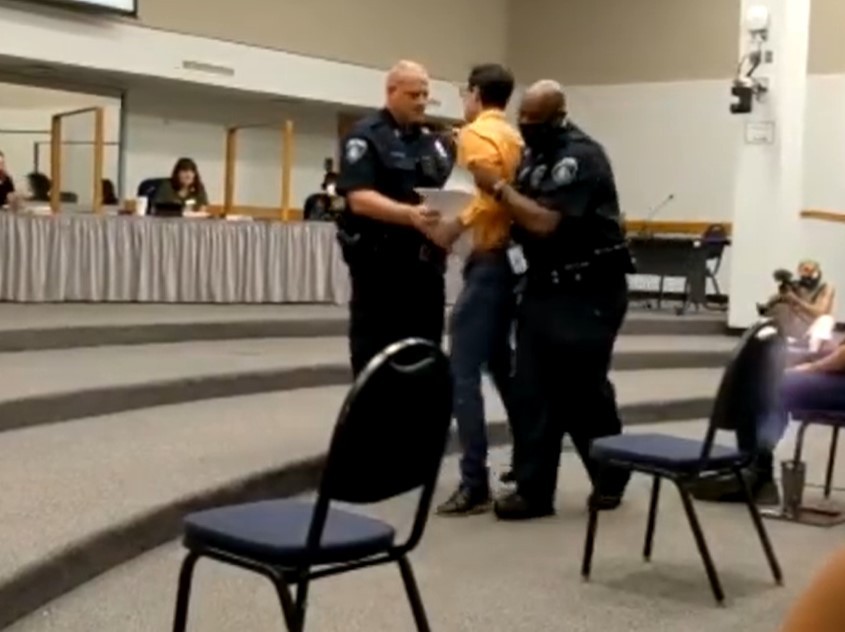 At issue in the next meeting was the district’s mask mandate. For this, Clark, a retired Army captain, and other parents sought to speak, but instead, the school board “locked the majority of parents out of the room, preventing them from speaking.” According to Rufo, while the parents were asking the school board to open the room for public comment on a major policy item, “school board president Amy Weir directed officers to remove Clark from school property.”

“As he was dragged out by two officers, Clark shouted to the audience: ‘It’s an open meeting! Shame on you. Communist! Communist! Let the public in!'” Rufo explained.

We live in a very normal country where school boards can send cops to your house to arrest you and the FBI views parents as terrorists https://t.co/O3SSr2XNiP

RRISD has its own police force, Rufo said, explaining: “with a three-layer chain of command, patrol units, school resource officers, a detective, and a K-9 unit.” And only a few days after Clark’s removal from school board premises, the school district “sent police officers to the homes of both men [Story and Clark], arrested them, and put them in jail on charges of ‘disorderly conduct with intent to disrupt a meeting.'” They were released the next morning. 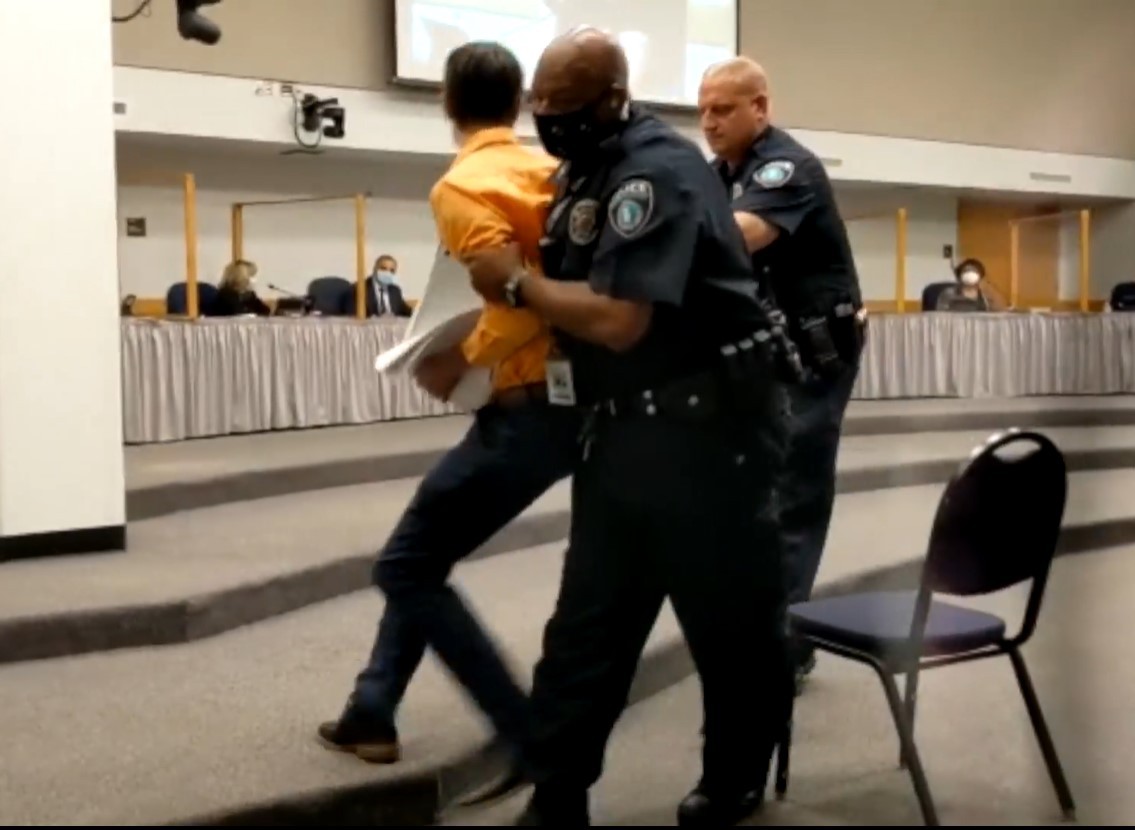 According to Rufo, many parents believe the school board is trying to send a message: “if you speak out against us, we will turn you into criminals.”

But these tactics are not unique to RRISD, explained Rufo:

In Loudoun County, Virginia, for example, where parents have protested against critical race theory and a sexual assault cover-up, the superintendent asked the county sheriff to deploy a SWAT team, riot control unit, and undercover agents to monitor parents at school board meetings.

The Loudoun sheriff did not comply with the superintendent’s request, saying the board had not given “any justification for such a manpower-intensive request.”

The issue of police power intimidation has become federal as well, as Breitbart News reported Attorney General Merrick Garland directed the FBI to look into concerned parents. Breitbart News also reported on a whistleblower revelation that the FBI went as far as to use “counterterrorism tools” to go after parents.

Story and Clark believe what they have gone through has implications beyond RRISD, with Story saying, “This isn’t just about Dustin [Clark] and me. It is about everyone. If they can come for us and get away with it, school boards nationwide will be emboldened to come for you.”