The Women’s Tennis Association does not believe the messages that the Chinese government claims are being written by tennis player Peng Shuai are hers, and if she really did write them, the WTA says it seems clear she is being “influenced by others.”

On Saturday, WTA CEO Steve Simon reported that he has tried to reach out to the abruptly withdrawn Chinese tennis pro through “various communications channels,” but CNN reported, what he has gotten back is not credible. 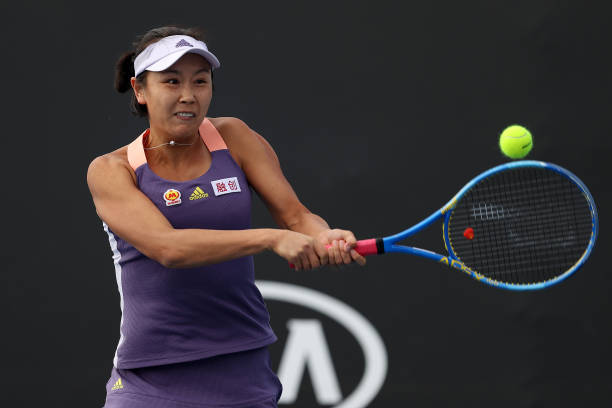 MELBOURNE, AUSTRALIA – JANUARY 23: Shuai Peng of China plays a backhand during her Women’s Doubles first round match with partner Shuai Zhang of China against Veronika Kudermetova of Russia and Alison Riske of the United States on day four of the 2020 Australian Open at Melbourne Park on January 23, 2020 in Melbourne, Australia. (Photo by Clive Brunskill/Getty Images)

Simon says that he remains “deeply concerned” about the health and safety of the tennis player and feels that she has not been permitted to speak freely since the beginning of November after she took to her now silenced social media account to accuse Chinese Vice Premier Zhang Gaoli of raping her in 2019.

The WTA chief added that he has “decided not to re-engage via email until he was satisfied her responses were her own, and not those of her censors” after it became “clear” to him that others were influencing Shuai’s responses. The WTA also remains “deeply concerned” that Peng “is not free from censorship or coercion.”

“The WTA remains concerned about her ability to communicate freely, openly, and directly,” Simon’s statement concluded.

The WTA has been at the forefront of concern over Peng Shuai’s safety after her social media accounts were abruptly shut down. She suddenly disappeared from public view in the oppressive communist nation. The WTA immediately called for a full investigation into the allegations of sexual assault and her subsequent disappearance.

“Peng Shuai, and all women, deserve to be heard, not censored. Her accusation about the conduct of a former Chinese leader involving a sexual assault must be treated with the utmost seriousness,” Simon said in a statement on November 15. “We expect this issue to be handled properly, meaning the allegations must be investigated fully, fairly, transparently and without censorship.”

Since her social media accounts were shuttered and she disappeared from public view, Shuai has only been seen or heard through official government channels, prompting many to say that Beijing is controlling her.

The Biden administration has called for “independent, verifiable” proof of the tennis player’s whereabouts but has not vigorously pressed the issue with China beyond that.