Twitter announced this week that Parag Agrawal will be the social media giant’s new CEO. (This is an incredible achievement for the Indian-born Agrawal, given that the selection process heavily favored people born in India.) He has a difficult job ahead of him, trying to maintain the site’s reputation for fast-paced, free-ranging commentary, while also keeping the platform free of dangerous misinformation.

Agrawal is probably aware of the mounds — and I mean mounds — of irrefutable SCIENTIFIC PROOF that conservatives are gullible paranoids, constantly falling for misinformation and hoaxes. For example, consider these 100 percent objective academic studies:

“Return of the Paranoid Style: Fake News Is Fooling More Conservatives Than Liberals. Why?” — The Economist, June 3, 2020

On the other hand, now that I think about it, even powerful Democrats, establishment news organizations, and influential celebrities have been known to err when evaluating the news.

Hey! That reminds me — the Jussie Smollett trial kicks off this week! (It’s a good thing I remembered that while writing this column.)

Smollett, you will recall, is the half-black, half-Jewish gay actor formerly of the Fox TV show “Empire” who claimed, back in January 2019, that he left his Chicago apartment at 2 a.m. in the middle of a polar vortex to get a sandwich, whereupon he was viciously set upon by two white guys shouting racist and homophobic slurs. (Despite being racist, homophobic white guys, they were huge fans of “Empire,” recognizing Smollett immediately.)

They beat him about the face, put a noose around his neck, and doused him with a “chemical substance.” (Yes, as luck would have it, the white guys happened to be carrying a noose and chemical agents. Duh. It was a polar vortex.)

For extra bonus authenticity, Smollett said his assailants yelled, “This is MAGA country!” Did I mention this was in Chicago? (Trump: 12.4 percent of the 2016 vote.) 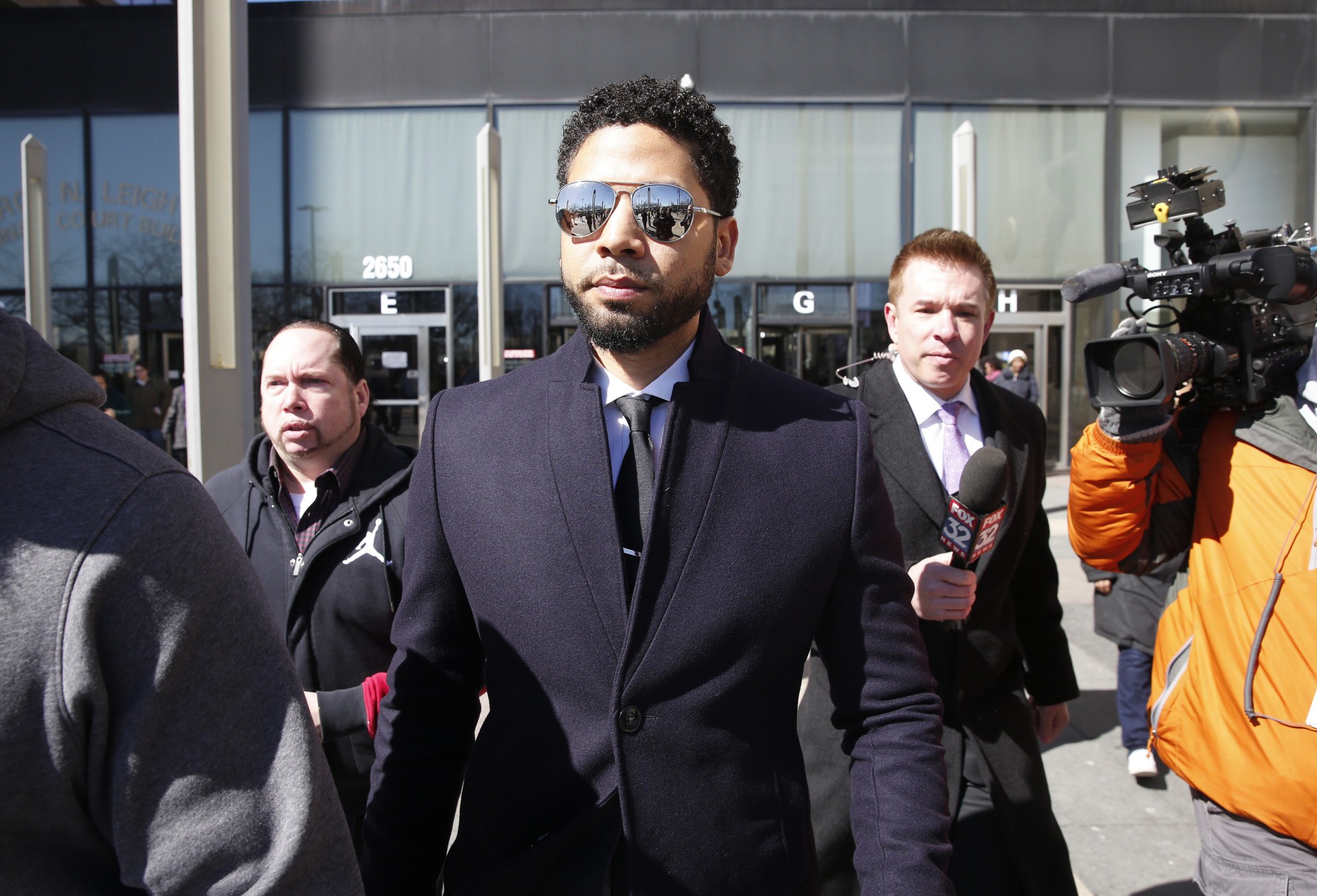 Even a skeptic would have to admit, Smollett’s account had the ring of truth. When you add (to an already highly believable story) the fact that there have been dozens of “noose incidents” over the past few decades, and every single one of them, without exception, turned out to be a hoax, his narrative only becomes more convincing!

To leap ahead to the conclusion, the Chicago Police Department spent 3,000 man-hours carefully examining surveillance tapes of the neighborhood where the incident had occurred and determined that — please sit down for this — the “attackers” turned out to be two Nigerian extras on “Empire.” (That does explain how they were able to recognize him.) After their arrests, they admitted that Smollett had paid them $3,500 to stage the attack.

Liberals, those calm, dispassionate seekers after truth — not conservative dolts, with their “paranoid style” and “susceptibility” to “false news” — reacted to Smollett’s alleged attack with the cool detachment we have come to expect from them.

“What happened today to @JussieSmollett must never be tolerated in this country. We must stand up and demand that we no longer give this hate safe harbor; that homophobia and racism have no place on our streets or in our hearts. We are with you, Jussie.” — Joe Biden

What happened today to @JussieSmollett must never be tolerated in this country. We must stand up and demand that we no longer give this hate safe harbor; that homophobia and racism have no place on our streets or in our hearts. We are with you, Jussie. https://t.co/o8ilPu68CM

“@JussieSmollett is one of the kindest, most gentle human beings I know … This was an attempted modern-day lynching. No one should have to fear for their life because of their sexuality or color of their skin. We must confront this hate.” — then-Sen. Kamala Harris

“The racist, homophobic attack … is an affront to our humanity. No one should be attacked for who they are or whom they love. I pray that Jussie has a speedy recovery & that justice is served. May we all commit to ending this hate once & for all.” — Rep. Nancy Pelosi

“This is a sickening and outrageous attack, and horribly, it’s the latest of too many hate crimes against LGBTQ people and people of color. We are all responsible for condemning this behavior and every person who enables or normalizes it. Praying for Jussie and his family.” — Sen. Kirsten Gillibrand

“There is no such thing as ‘racially charged.’ This attack was not ‘possibly’ homophobic. It was a racist and homophobic attack. If you don’t like what is happening to our country, then work to change it. It is no one’s job to water down or sugar-coat the rise of hate crimes.” — Rep. Alexandria Ocasio-Cortez

“Regarding the heinous attack on @JussieSmollett, yet another reminder that Trump’s ascendance and the resulting climate of hate has meant that lives have been increasingly at stake since 2015. Smollett could have been killed by those thugs screaming MAGA. Let that sink in.” — Karen Attiah, Washington Post editor

Regarding the heinous attack on @JussieSmollett, yet another reminder that Trump’s ascendance and the resulting climate of hate has meant that lives have been increasingly at stake since 2015.

Smollett could have been killed by those thugs screaming MAGA. Let that sink in.

“The horrific attack on Jussie Smollett has no place in a decent human loving society. Homophobia existed before Trump, but there is no question that since he has injected his hatred into the American bloodstream, we are less decent, less human, & less loving. No intolerance! No DT!” — Director Rob Reiner

“Jussie Smollett was violently attacked by two white men who poured bleach on him and put a noose around his neck. He was targeted for being black and for being gay. THIS is why we have to have zero tolerance against homophobia and racism. Jussie’s life matters.” — Actress Olivia Munn

“Heartbroken and furious reading about the attack on @JussieSmollett. I want Trump and all MAGA lunatics to burn in Hell.” — Actor Billy Eichner

All this blithering idiocy, about something that was an obvious hoax from day one, was posted on the very social media site that Agrawal is about to oversee. Nearly identical tweets from nearly identical liberals could be produced for similarly deranged takes on Nick Sandmann, Kyle Rittenhouse, Althea Bernstein, the NASCAR “noose,” the “Klansman” at Oberlin College, the “racist” bus attack in Albany, Trump supporters ripping hijabs off Muslim girls, racist graffiti at the Air Force Academy, the noose at Columbia’s Teachers College, the Duke lacrosse rape hoax, the University of Virginia gang-rape hoax, the synagogue bomb threats and on and on and on.

Good luck to you, Mr. Agrawal.