DUBAI, United Arab Emirates (AP) — The U.S. Navy said it seized a large cache of assault rifles and ammunition being smuggled by a fishing ship from Iran likely bound for war-ravaged Yemen.

U.S. Navy patrol ships discovered the weapons aboard what the Navy described as a stateless fishing vessel in an operation that began on Monday in the northern reaches of the Arabian Sea off Oman and Pakistan. Sailors boarded the vessel and found 1,400 Kalashnikov-style rifles and 226,600 rounds of ammunition, as well five Yemeni crew members.

It’s just the latest interdiction amid the grinding war in Yemen that pits Iran-backed Houthi rebels against a Saudi-led military coalition. Western nations and U.N. experts repeatedly have accused Iran of smuggling illicit weapons and technology into Yemen over the years, fueling the civil war and enabling the Houthis to fire missiles and drones into neighboring Saudi Arabia.

Iran denies arming the Houthis despite evidence to the contrary. 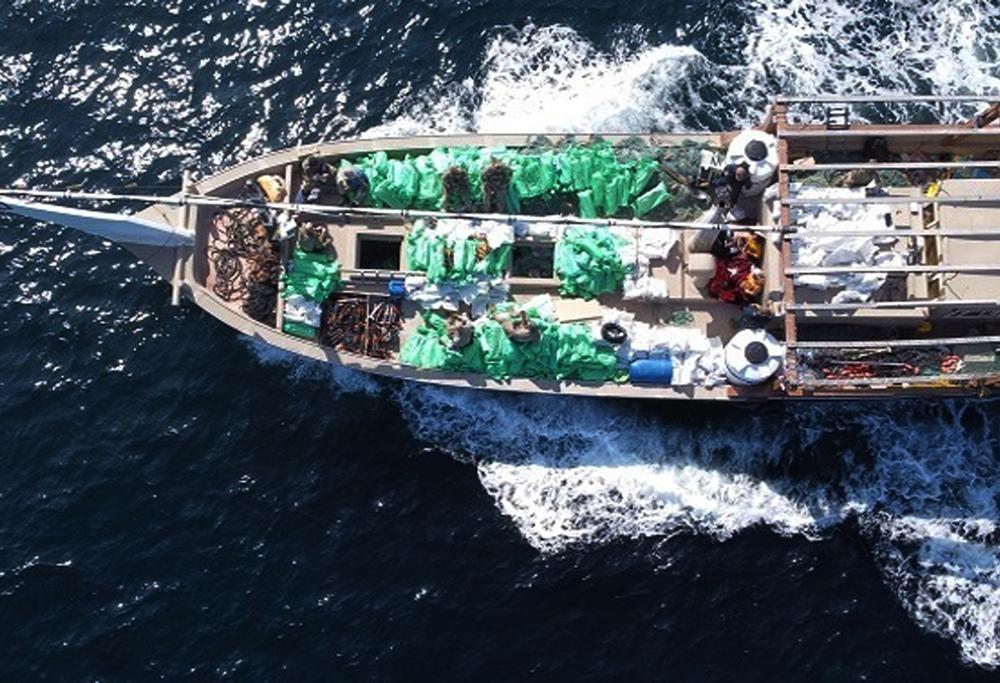 In this Dec. 20, 2021, photo released by the U.S. Navy, service members from patrol coastal ship USS Typhoon, inventory an illicit shipment of weapons while aboard a stateless fishing vessel transiting international waters in the North Arabian Sea. (U.S. Navy via AP)

In an unusually pointed move, the statement late Wednesday from the Navy’s Bahrain-based 5th Fleet blamed Iran for sending the weapons, saying the boat was sailing along a route “historically used to traffic weapons unlawfully to the Houthis in Yemen.”

“The direct or indirect supply, sale or transfer of weapons to the Houthis violates U.N. Security Council Resolutions and U.S. sanctions,” the statement added.

Iran’s mission to the United Nations did not immediately respond to a request for comment on the interception.

U.S. Navy patrol ships transferred the confiscated weapons to the guided-missile destroyer USS O’Kane before sinking the fishing vessel because of the “hazard” it posed to commercial shipping. It said the Yemeni crew would be repatriated.

American seizures of arms bound for Yemen’s war, typically Kalashnikov rifles, machine guns and rocket-propelled grenade launchers, began in 2016 and have continued intermittently. Yemen is awash with small arms that have been smuggled into poorly controlled ports over years of conflict. 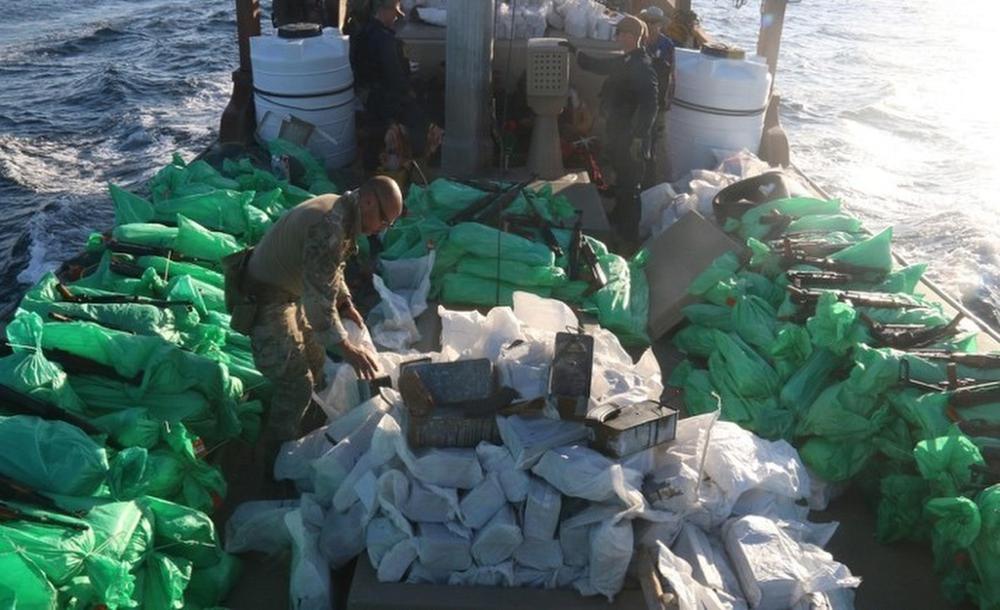 The U.S. Navy seized a large cache of assault rifles and ammunition being smuggled by a fishing ship from Iran likely bound for war-ravaged Yemen, it said late Wednesday. (U.S. Navy via AP) 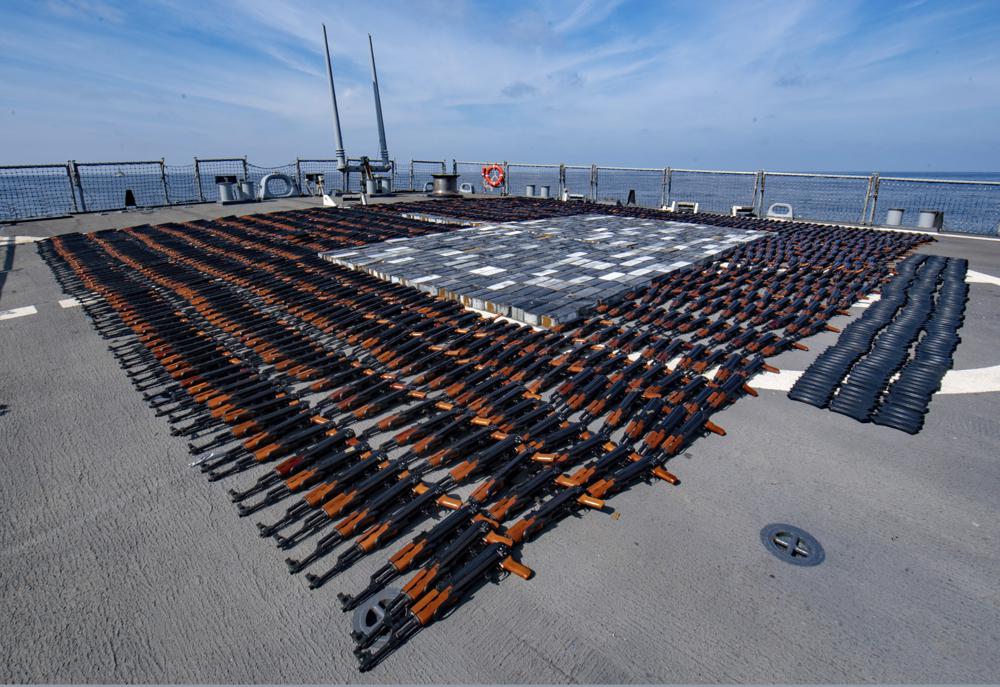 The Navy’s 5th fleet said it has confiscated some 8,700 illicit weapons so far this year across the 2.5 million-square-mile area it patrols, including the strategically important Red Sea and the Persian Gulf.

Yemen’s war erupted in 2014, when the Houthis seized the capital of Sanaa and much of the country’s north. Saudi Arabia, along with the United Arab Emirates and other countries, launched a bombing campaign months later to restore the internationally recognized government and oust the rebels.

The war has killed some 130,000 people and spawned the world’s worst humanitarian disaster.