Democrat President Joe Biden seems to be “at war with all faith-based agencies” — including foster and adoption agencies that wish to operate according to their religious beliefs, Rep. Ralph Norman (R-SC) told Breitbart News.

During an exclusive phone interview on Tuesday, the congressman discussed at length an effort he is leading with Sen. Tim Scott (R-SC) and more than 100 other Republican lawmakers to pressure the Biden administration over its November decision to rescind waivers to faith-based adoption and foster agencies in South Carolina, Texas, and Michigan, which let them operate according to their religious beliefs by allowing them not to place children with same-sex and unmarried couples. The rescission, which has nationwide impact, means faith-based agencies will either be forced to forego their beliefs to obtain federal funding, or face closing altogether.

“This is not about the [faith-based] agencies, regardless of fact that [the Biden administration] wants do away with them. It’s about the children, and it’s about providing care. These children that are in foster care — and I’ve been on several boards that have dealt with this — are not there because they choose to be there,” Norman said. “They’re there because of circumstances, and to take this away, to take the facilities away — because they’re strapped funding-wise, anyway — it’s just not right.”

At least 102 lawmakers sent a letter to U.S. Department of Health and Human Services (HHS) Secretary Xavier Becerra last week, bringing to his attention the devastating impact his decision could have on the lives of hundreds of thousands of children and demanding answers for his actions.

The lawmakers wrote in part:

As you know, rescinding the waivers puts providers in these states in the untenable position of choosing between serving children under the Title IV-E foster care program or operating in accordance with the tenets of their faith – the same faith that drives them to serve children in the first place. HHS should be welcoming child welfare providers, not excluding them. Children are too important to be pawns in political games.

An Obama-era regulation, also known as the 2016 Grants Rule, mandates that no person should be excluded from participating in the administration of HHS programs based on age, disability, race, color, national origin, religion, gender, identity, or sexual orientation. Recipients must comply with the policy to receive HHS funding.

Not unlike now, these same faith-based agencies were at risk of losing funding under the Obama administration following the creation of the rule. But when President Donald Trump took office, he contended the Religious Freedom Restoration Act (RFRA) entitled the agencies to protection from exclusion from the HHS program because of their faith. Thus, faith-based agencies were granted waivers and allowed to continue finding homes for children in their care.

On November 18, 2021, the HHS released an announcement labeled “HHS Takes Action to Prevent Discrimination and Strengthen Civil Rights” in which the department claimed that rescinding the waivers will “further civil rights and equal opportunity for all people, irrespective of their sexual orientation, gender identity, and religion.” The department also said HHS is reaffirming “its important commitment to core American values” by not condoning “discrimination” against LGBTQ+ persons and called the waivers “inappropriate” and “overly broad.” 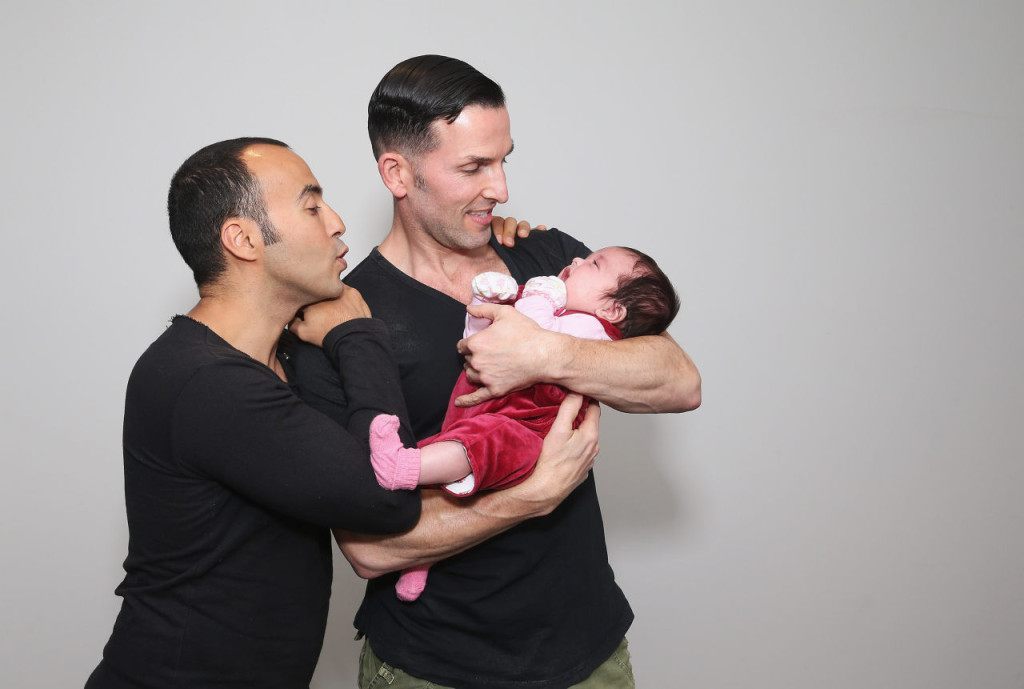 “Today’s action supports the bedrock American principle and a core mission of our Department – to ensure Americans have access to quality health and human services. Our action ensures we are best prepared to protect every American’s right to be free of discrimination,” Becerra said. “With the large number of discrimination claims before us, we owe it to all who come forward to act, whether to review, investigate or take appropriate measures to protect their rights. At HHS, we treat any violation of civil rights or religious freedoms seriously.”

“This thing involves close to 410,000 children. They’ve got roughly 120 that are waiting to be adopted. It’s not like you’ve got a foster care agency on every corner that’s taking these children in,” Norman said, referring to an Administration for Children & Families’ annual Adoption and Foster Care Analysis and Reporting System (AFCARS) report.

In the letter to Becerra, lawmakers detailed how much of an impact faith-based agencies make — and how much of a negative impact the loss of them would have as a result of the rescission. According to the letter, faith-based organizations provide support, resources, and care to nearly half a million children in foster care.

“Many studies have shown that faith is often a key motivator in a family’s decision to foster children. Families recruited through church or religious organizations on average foster more than two and a half years longer than other foster parents,” the letter continues. “One study found that 82 percent of families cited faith or church support as a factor that facilitated successful fostering. Another study revealed that 36 percent of families recruited by one religious organization would not have become foster or adoptive parents were it not for that organization’s efforts.” 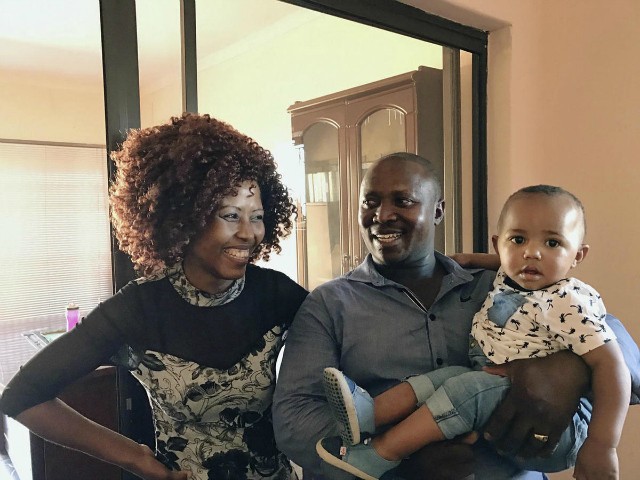 The lawmakers pointed to the foster care crisis in Illinois in the eight years following the passage of a state rule ending partnerships with faith-based agencies as potential foreshadowing for what is to come.

Breitbart News also spoke exclusively with Norman’s legislative aide, Darcy Merline, who has been working with the congressman to bring attention to the issue. Merline warned that there is “no way” these agencies can qualify for a waiver now.

“When Secretary Becerra rescinded these religious exemptions in these specific states, he didn’t give any ways that they have been qualified for these waivers in the future,” Merline said. “Essentially, there are no more waivers, and these welfare providers are put in the situation that they have to decide between following their faith — their faith that often has led them to be in this position to serve — or being able to provide for these children, and have access to these funds from HHS. They’re in a really terrible situation.”

She added that by revoking religious exemptions provided to Title IX-E foster care and adoption agencies nationwide, the decision left in place a regulation that “applies universally.”

The Road to Religious Persecution?

Breitbart News asked Norman at what point does he think the U.S. government would cross into “religious persecution” territory.

“I think we’re there now,” he replied. “If you’ll do this to a child…that says it all in my opinion.”

Norman said he started to notice antireligious sentiment in the federal government when former President Barack Obama was in office, though he said many of Obama’s policies were remedied, albeit some only temporarily, under the Trump administration. The current Biden administration, however, “flies in the face” of Supreme Court precedent, the Constitution, and the First Amendment, Norman said.

“I think they’ve sold out to the extreme radical groups that don’t want any part of faith-based organizations at any level. That’s why we ask in the letter, ‘What career professionals did they talk to? How did HHS reach the decision?’ It did not just come out of the blue,” he continued.

“I would make the argument that these children are going to be persecuted without a family to go to,” he added.

The Biden administration has seemingly positioned itself as an adversary of religious liberty, often going to bat for blue states and radical organizations in high-profile court battles. Recently, representation for the Biden administration argued in the Supreme Court that the Constitution allows for states to exclude Christian schools from tuition aid programs. Biden’s Department of Justice also sued Texas for its new pro-life law banning abortions after six weeks of gestation. Biden’s Internal Revenue Service (IRS) this summer denied a Christian non-profit its tax exempt status, saying, “The Bible’s teachings are typically affiliated with the Republican Party and candidates.” The IRS later reversed its decision after receiving pressure from Republican lawmakers.

The Biden administration has also proposed rescinding a Trump administration rule that protects the religious liberty of faith-based organizations that contract with the federal government and a  separate Trump-era rule that allows federal funding of campus faith-based organizations that affirm pro-life values and a belief in traditional marriage. 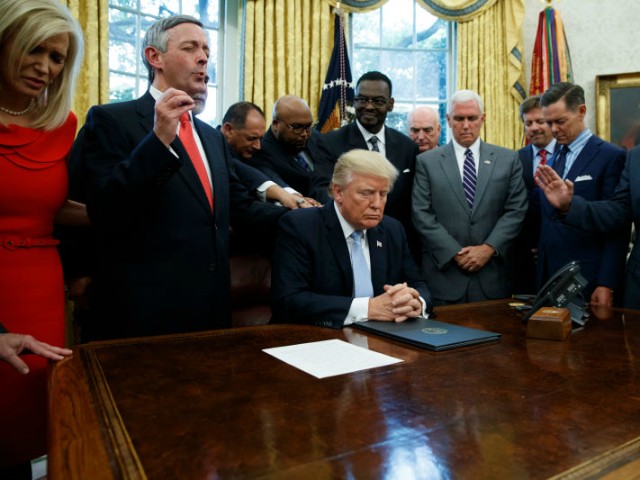 Breitbart News reached out to HHS for comment but did not receive a response by the time of publication.

Norman said he and other lawmakers plan to continue pressuring the Biden administration, although he said he does not expect Becerra to answer the lawmakers’ letter. 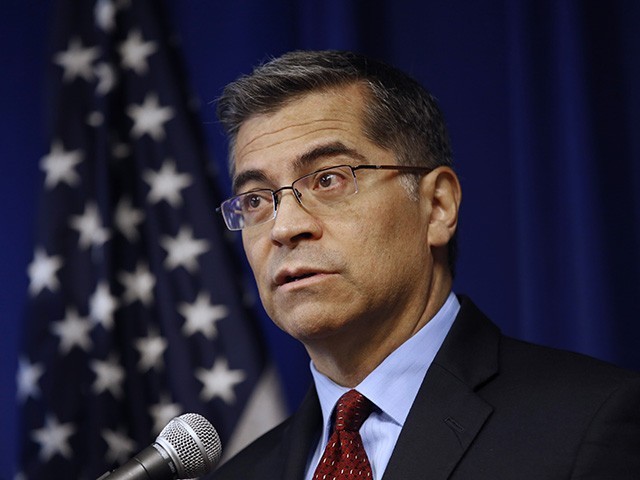 “You don’t ever hear anything back, nor do you get anything as far as any of the questions that we proposed,” he said.

The congressman said he hopes to hold a hearing and request an oversight meeting as soon as the holidays are over.

“It’s ringing the bell for these children, and we’ll continue to do that,” he concluded.

As far as legal action, a Tennessee welfare provider filed a lawsuit against the Biden administration in early December. Holston United Methodist Home for Children, which was founded in 1895, is asking a district court to strike down the 2016 Grants Rule, arguing that it violates the First Amendment and burdens the ability to exercise their religion freely. They also allege that “many other agencies” in the state are willing to work with couples they are unwilling to work with because of their religious beliefs.

“If Holston Home were to knowingly engage in child placing activities concerning placements of children in connection with couples who may be romantically cohabitating but are not married, or who are couples of the same biological sex, it would need to engage in speech with which Holston Home disagrees and which violate Holston Home’s religious beliefs,” the lawsuit reads.