MADRID (AP) – Farmers, cattle-breeders, hunters and opposition supporters descended Sunday on the Spanish capital of Madrid to protest environmental and economic policies by Spain’s left-of-center government that they say are hurting rural communities.

Sunday’s protest was organized by Alma Rural 2021, a platform representing over 500 rural organizations from all corners of Spain. Members of opposition parties, ranging from centrists to far-right supporters, also attended.

The demonstration came as Spanish politicians are campaigning before an early election in Castilla-Leon, a vast region northeast of Madrid where proposals against depopulation and agricultural policies are taking center stage.

Carlos Bueno, head of Alma Rural 2021, said the protest aimed to highlight rural concerns amid what he called amid “ideological” attacks from the government. Concerns ranged from regulating prices for agricultural products to protections for those who breed cattle for bullfights and more subsidies for rural industries. 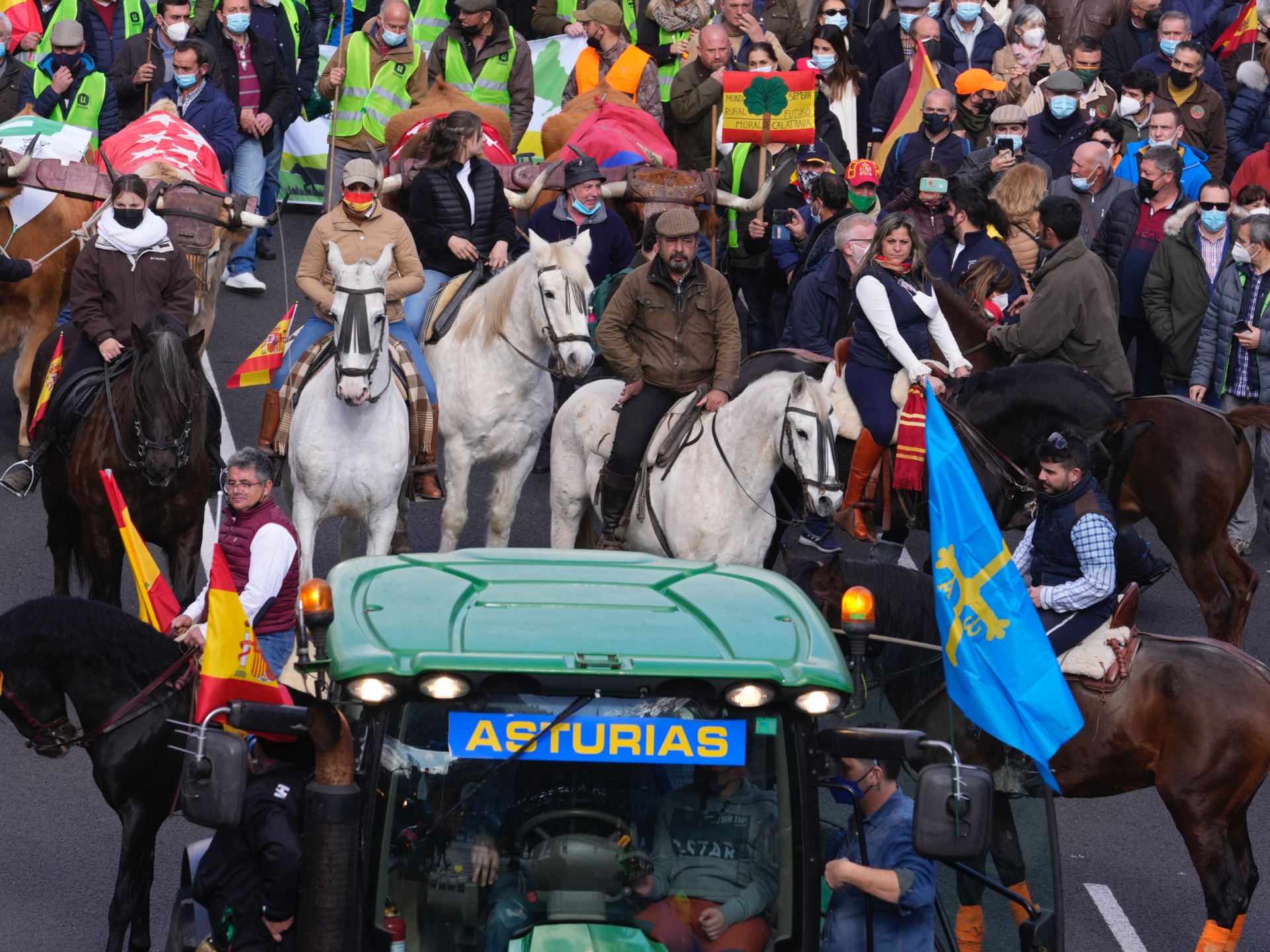 People on horseback follow a tractor during a march in defence of Spanish rural areas during a protest in Madrid, Spain, Sunday, Jan. 23, 2022. Members of rural community are demanding solutions by the government for problems and crisis in the Rural sector. (AP Photo/Paul White)

Tractors and bull carts headed the march along a Madrid thoroughfare, with protesters walking from the gates of the Ecology Transition Ministry – the previous Environment Ministry – to the Agriculture Ministry. Among the many banners held by protesters, one read: “Farmers speak. Who’s listening?” 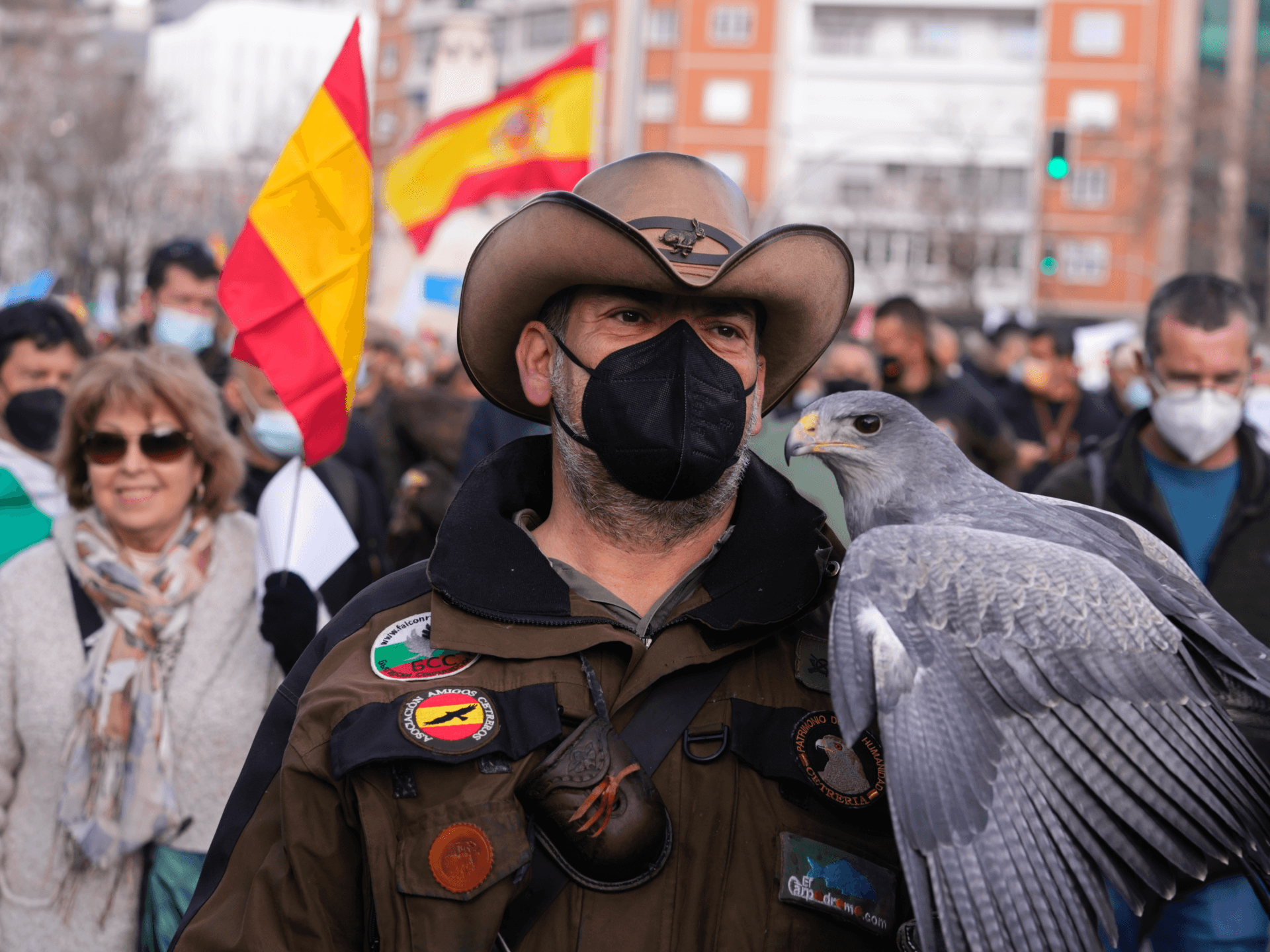 A man walks with a hunting bird during a protest march down the Castellana Boulevard in defence of Spanish rural areas in Madrid, Spain, Sunday, Jan. 23, 2022. Members of rural community are demanding solutions by the government for problems and crisis in the Rural sector. (AP Photo/Paul White)

A spat over industrial livestock farming has dominated headlines for the past month since Consumer Minister Alberto Garzón, a member of the far-left junior partner of the Socialist-led administration, criticized big cattle operations for damaging the environment and producing poor quality food for export.

His remarks caused a political storm, created divisions within the ruling coalition and led to calls by right-wing opposition parties for Garzón to resign.