Open borders activists are holding a “#SafeNotStranded Rally” outside the U.S. Supreme Court Tuesday to demand an end to America’s “Remain in Mexico” immigration policy.

The Supreme Court is slated to hear a case Tuesday that will determine whether President Joe Biden illegally ended the Migration Protection Protocols, known as former President Trump’s “Remain in Mexico” program — a program that helped effectively eliminate the policy of Catch and Release at the U.S.-Mexico border, reports Breitbart News’ John Binder.

“Rather than apprehending and releasing border crossers into the U.S. interior, the program required officials to return border crossers to Mexico while awaiting their asylum and immigration hearings in U.S. courts.”

According to Tuesday’s “#SafeNotStranded Rally” event RSVP page, activists want an end to the “dehumanizing, draconian, Trump-era immigration policy. [sic] that has withheld the right to seek asylum from thousands of people, subjecting them to the abject horrors of dangerous conditions, kidnapping, rape, and worse.”

Rally in front of the Supreme Court on Tuesday morning! https://t.co/lpHGwI2nip 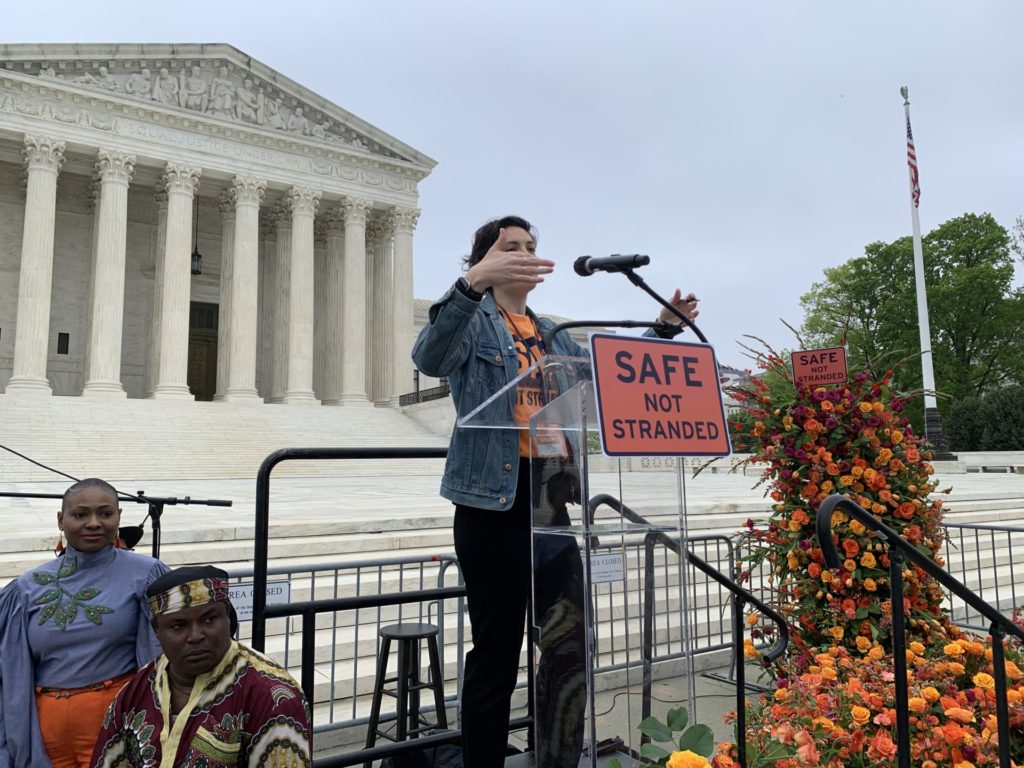 “RMX [Remain in Mexico] is a stain on our immigration system that is cruel, barbaric, and contrary to the law and our values—and that’s why we’re coming together to ensure migrants can be #SafeNotStranded,” the event description continues. “Ending Remain in Mexico is a necessary step to restore a functioning asylum and welcoming system in the United States.”

WATCH — Rep. Katko Warns of ‘Chaos at the Border’ When Remain in Mexico Policy Sunsets: ‘1.7 Million People Are Waiting’