In the majority opinion for Supreme Court of the United States’ 6-3 ruling in NYSRPA v. Bruen, Justice Clarence Thomas wrote the Second Amendment protects an “individual’s right to carry a handgun for self-defense outside the home.”

Thomas pointed to District of Columbia v. Heller (2008) and McDonald v. Chicago (2010), noting in those cases SCOTUS “recognized that the Second and Fourteenth Amendments protect the right of an ordinary, law-abiding citizen to possess a handgun in the home for self-defense.”

He then turned his attention to NYSRPA v. Bruen, saying, “In this case, petitioners and respondents agree that ordinary, law-abiding citizens have a similar right to carry handguns publicly for their self-defense.”

Thomas observed, “We too agree, and now hold, consistent with Heller and McDonald, that the Second and Fourteenth Amendments protect an individual’s right to carry a handgun for self-defense outside the home.” 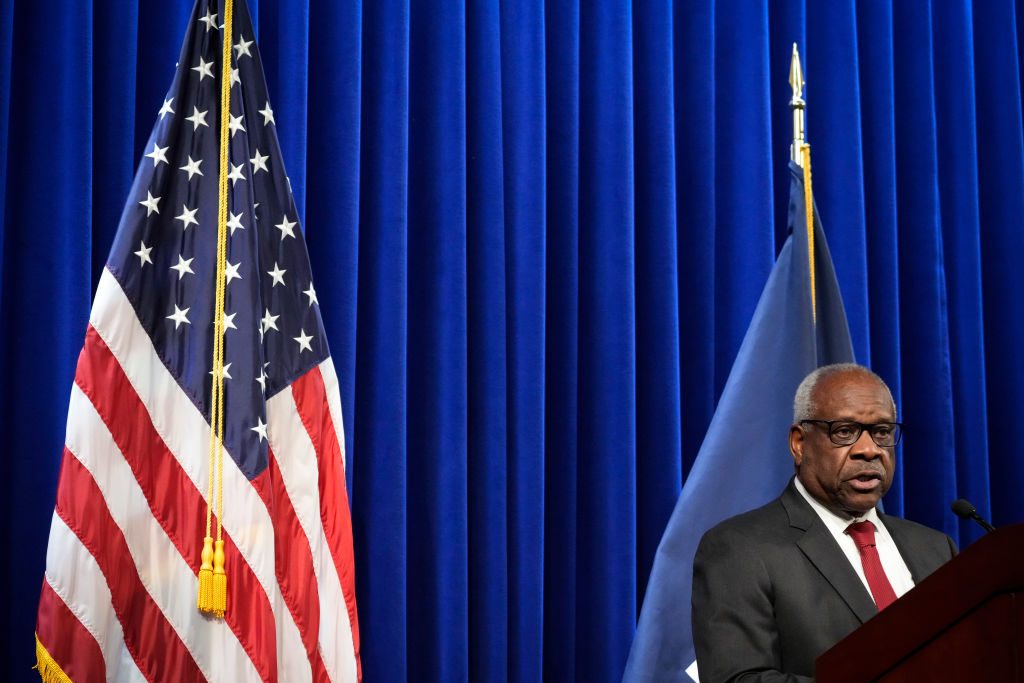 Later in the Opinion, Thomas noted:  “Although we remarked in Heller that the need for armed self-defense is perhaps ‘most acute’ in the home, id., at 628, we did not suggest that the need was insignificant elsewhere. Many Americans hazard greater danger outside the home than in it…[and] the text of the Second Amendment reflects that reality.”