Hutchinson said she learned of the story from Tony Ornato, the then-White House deputy chief of staff. 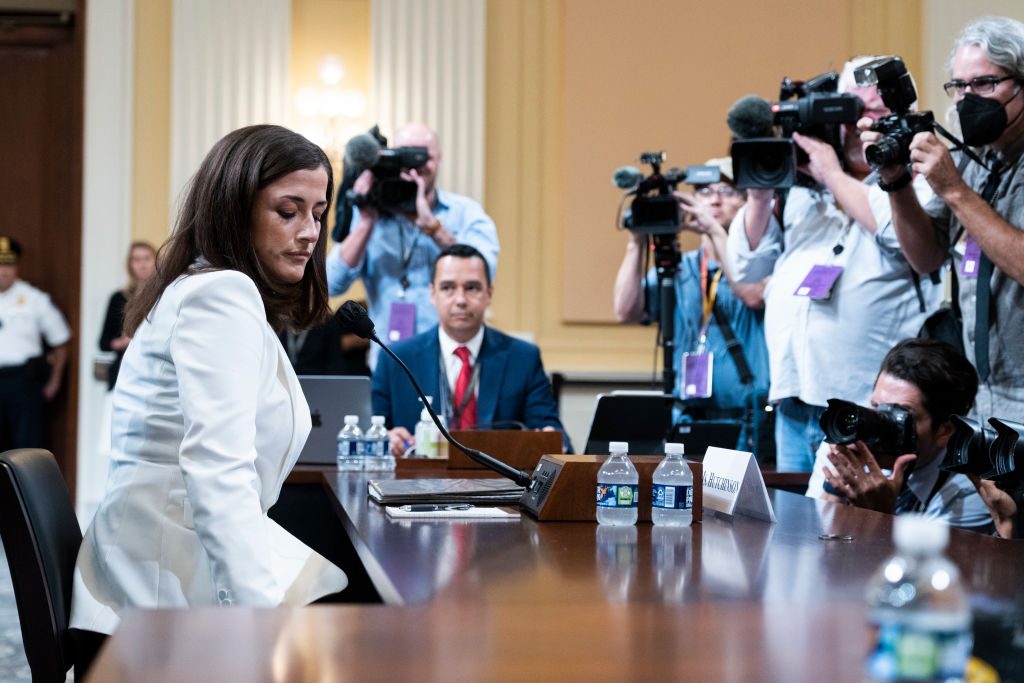 Hours later, Peter Alexander of NBC News said a source close to the Secret Service indicated agent Bobby Engel will testify “under oath that neither man was assaulted and that Mr. Trump never lunged for the steering wheel” as Cassidy Hutchinson’s testimony alleged.

🚨 A source close to the Secret Service tells me both Bobby Engel, the lead agent, and the presidential limousine/SUV driver are prepared to testify under oath that neither man was assaulted and that Mr. Trump never lunged for the steering wheel.

Cassidy Hutchinson is my friend. I knew her testimony would be damning. I had no idea it’d be THIS damning.

I am so grateful for her courage & integrity.

To anyone who would try to impugn her character, I’d be glad to put you in touch w/ @January6thCmte to appear UNDER OATH.

For those complaining of “hearsay,” I imagine the Jan. 6 committee would welcome any of those involved to deny these allegations under oath.

Decades from now people will be asking each other, "Where were you when Cassidy Hutchinson testified?"

Re Trump apparently wanting to join the Jan. 6 crowd: There is no scenario in which this ends in a non-catastrophic way. None. Idk if she's right that that's what he actually wanted, but if it is, it's an almost unimaginable level of pyromania.

I don’t know Cassidy Hutchinson, and I can’t speak to how things worked at the White House, but when Meadows was on the Hill he always insisted that she be in *every* meeting he had, no matter how small. It was odd then, and doesnt seem to be working out for him now.

"Hearsay" is absurd objection to testimony elicited during an investigation. It's a rule (with lots of exceptions) that governs admission of evidence *at a trial.* Depositions routinely involve hearsay testimony. Every day we credit hearsay we judge to be reliable. https://t.co/FumRifFeR7

Cassidy Hutchinson is exposing the abject cowardice and weakness of the majority of the GOP congress. She’s putting them to shame.