It’s only October, and in the mostly Democrat-run American Northeast, heating oil is already being rationed.

We have natural resources so vast in this country, enough to power America for hundreds of years, and we’re not only rationing oil, we’re importing oil.

And the only reason this is happening is that Democrats want it to happen.

If the rationing is not bad enough, how about this: the average wholesale cost for a gallon of heating oil is now $4.09, compared to $2.46 a year ago. And that’s the wholesale price. So you are going to pay a lot more. 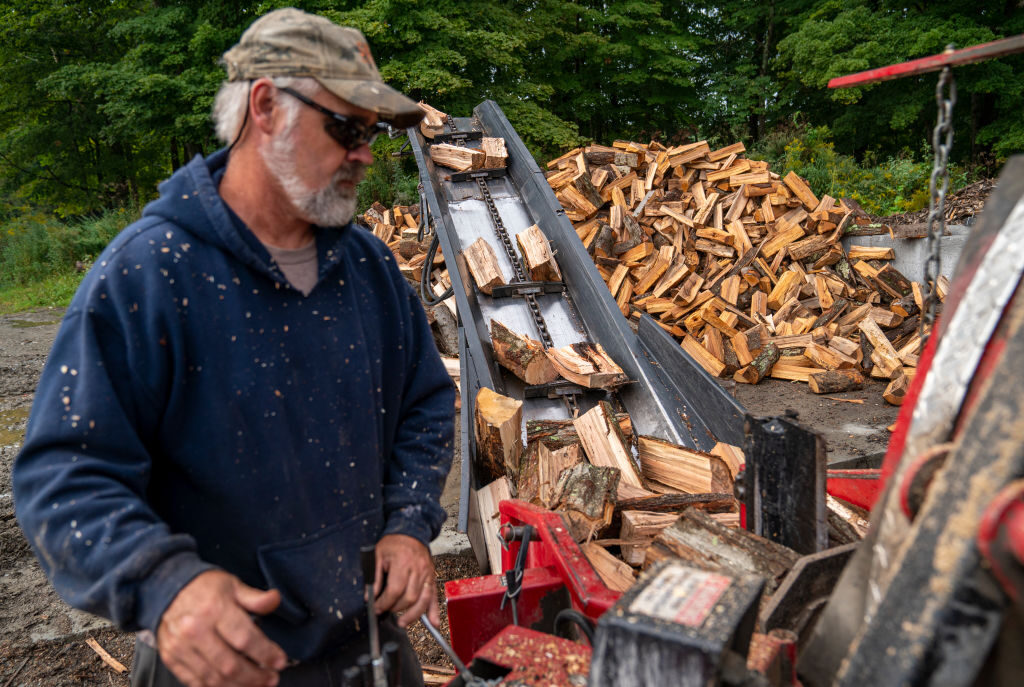 Sam Gulley, 52, cuts firewood with a wood processor September 19, 2022 on his property in Shaftsbury, Vermont. He has seen a rise in demand for firewood as the price of heating oil has risen dramatically. (Robert Nickelsberg/Getty Images)

How big is your tank? Before I switched to natural gas, mine was 500 gallons. Two-thousand dollars plus to fill my tank. Sheesh. And all because Joe Biden, extremist Democrats, and the fake media want you to believe Climate Change is real when the truth is that it’s a big fat hoax.

The US Northeast is so short on heating oil that the fuel used to power home furnaces is being rationed even before the start of winter.

Some wholesalers in Connecticut are putting retailers on allocation, meaning they can only get a limited amount of fuel based on availability, according to Chris Herb, president of the Connecticut Energy Marketers Association, which represents around 600 family-owned retailers in the state. These retailers must in turn ration their customers.

In addition to the scarcity, there’s also the cost. Wholesale heating oil in New York Harbor averaged $4.09 a gallon on Thursday, compared with $2.46 at the same time a year ago, according to data from price reporting agency Argus Media. For the wholesaler, that means it costs about $1,125 to fill up a 275-gallon heating oil tank, the typical size used in many homes. But consumers will pay well over that figure after markups by the wholesaler and retailer.

Democrats are refusing, by choice, not to deliver the basics.

In California and Democrat-run cities like Jackson, Mississippi, Democrats can’t get enough water to residents.

American families continue to struggle as the baby formula shortage has intensified, with 30 percent of brands reportedly out of stock. https://t.co/4eOzwwpaMV

This is a choice.

And what is His Fraudulency doing while the Northeast rations heating oil, parents with newborns worry about their children starving, and California enters another year of water rationing because the state refuses to build reservoirs and desalinization plants?

He’s sitting down with cross-dressers lobbying for the right of children — children — to permanently mutilate themselves with sex change operations and puberty blockers.

Meanwhile, as American citizens and legal immigrants deal with the scarcity of life-sustaining basics, Democrats are flooding the country with millions of illegal aliens who only worsen these scarcity issues.

Only groomers and morons vote Democrat.