BALTIMORE—Locked gates didn’t stop a hundred or so Baltimore Orioles fanatics from watching baseball through the barricades outside of Oriole Park at Camden Yards on Wednesday.

Breitbart Sports was on hand when, for the first time in Major League Baseball history, a team officially played without an audience. Unofficially, dedicated diehards stood outside the locked gates of Camden Yards, and glimpsed the game from their obstructed-view perches as the hometown team defeated the Chicago White Sox. 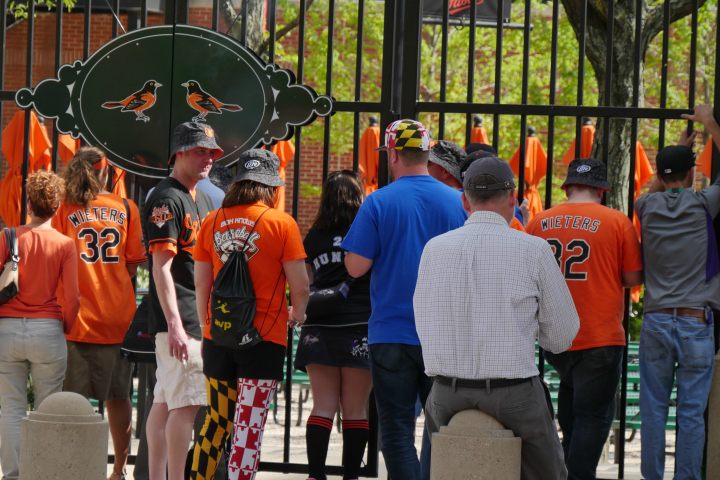 Fans jockeyed for position outside the main gates, where, between the bars, flags, and trees, they could still hear the crack of the bat and catch glimpses of the Orioles and White Sox as they played. At times raucous, and mostly cheerful, the fans didn’t allow the chaos of the previous week, which displaced many of them from their usual spots within the park, to deter them from enjoying America’s pastime. Doing the equivalent of a sonic wave, some fans could only cheer the end of the play when others with better vantage points explained what had happened.

Between innings, and for the 7th-inning stretch, the team continued to pump out music, including the crowd favorite, “Thank God I’m a Country Boy,” a musical tradition that dates back to Memorial Stadium days. Since a local channel broadcast the game, one could hear the occasional announcer if you moved around the stadium, which made the whole event seem disconnected from reality. 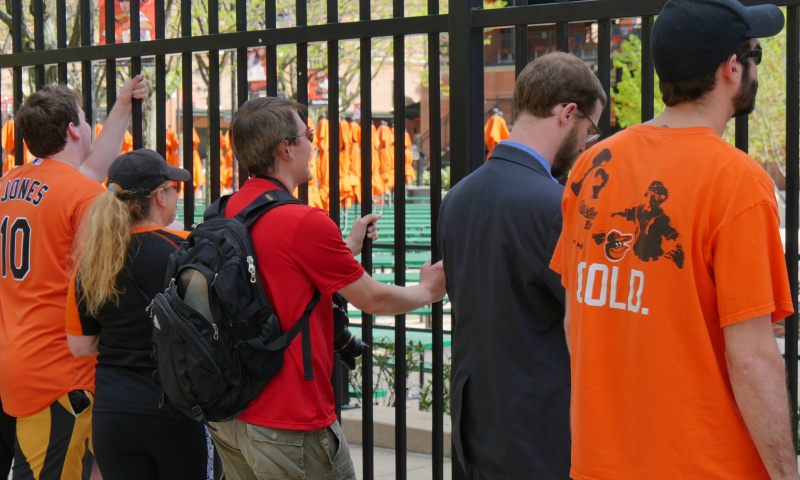 Security was light, with just a few police officers on foot and a team of security guards riding around in a golf cart. The National Guard staged in an area in the back end of the main parking lot away from the public. While the stadium sits in the flashpoint of the riots that erupted earlier in the week, the closest sign of unrest on Wednesday occurred about a mile east, where up to 10,000 people descended on City Hall for a massive rally on Wednesday evening shortly after the game.

Save for a lone fan holding a “Don’t Forget Freddie Gray” sign and the locks on the gate, few indications existed that a riot had taken place just outside the facility, witnessing skirmishes between enthusiasts of Freddie Gray and the Orioles a few days earlier. 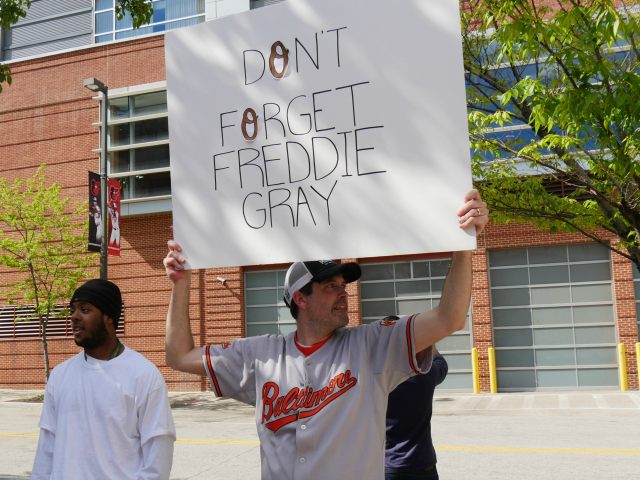 The property destruction and violence outside the park led to a Camden Yards lockdown on Saturday before such anarchy elsewhere in the city led to Wednesday’s lockout. In addition to Wednesday’s empty stadium, the Orioles postponed games on Monday and Tuesday and switched a weekend series against the Tampa Bay Rays scheduled for Camden Yards to Tropicana Field in St. Petersburg, Florida. Like the lone game played against the White Sox this week, the two postponed ones stand to lose the club, and the outside businesses that depend on home dates, revenues as the make-up dates come during a single-gate doubleheader. 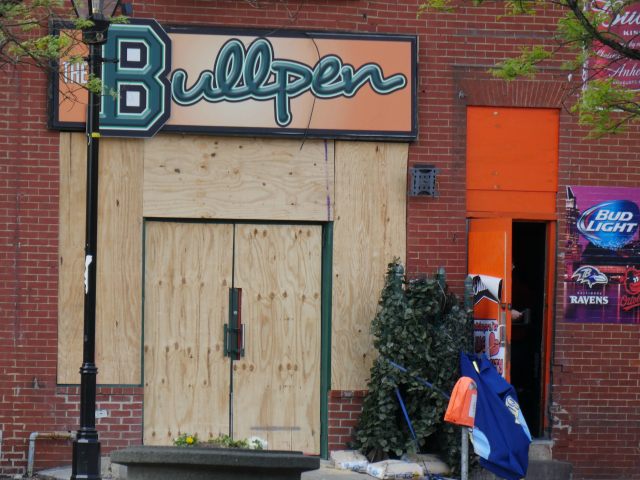 To the delight of the small crowd, the Orioles posted six runs on the scoreboard in the first inning and cruised to an 8-2 victory. A Chris Davis home run went unclaimed in the empty park and save for the media peopling press row behind and above home plate and scattered Orioles employees, just two scouts watched the game.

Eerily missing from the ballpark were any signs of the activity one typically sees outside of venues: vendors hawking everything from sausage sandwiches and slushes to T-shirts and teddy bears, scalpers, and, of course, throngs of fans, who generally line Eutaw Street and other nearby blocks in the Inner Harbor area as they make their way to the stadium that ended the era of the multipurpose stadiums and ushered in a new age of classic inner-city baseball parks. 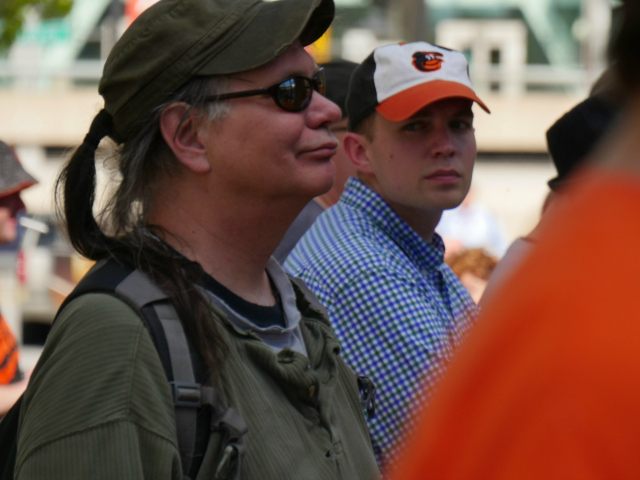 While the spectators weren’t thrilled to be locked outside the gates, the onlookers surely appreciated one aspect of the the fan-less game: it lasted just a tick over two hours, leaving them plenty of time to make it home before the second night of curfew.