The Twitter accounts of 15 NFL teams have been hacked ahead of the Super Bowl this weekend. The accounts were allegedly masterminded by a Saudi Arabia-based hacker group.

CNET reports that the Twitter accounts of approximately 15 NFL teams including the Green Bay Packers, Chicago Bears, Dallas Cowboys, and San Francisco 49ers have been hacked ahead of this weekend’s Super Bowl game. The league’s Twitter account was also hacked.

The profile images on the accounts were removed and many accounts tweeted messages purporting to be from the Saudi Arabia-based hacker group OurMine which stated: “We are here to show people that everything is hackable. To improve your accounts security contact us.” The hacker group provided a link to the group’s website and email address. 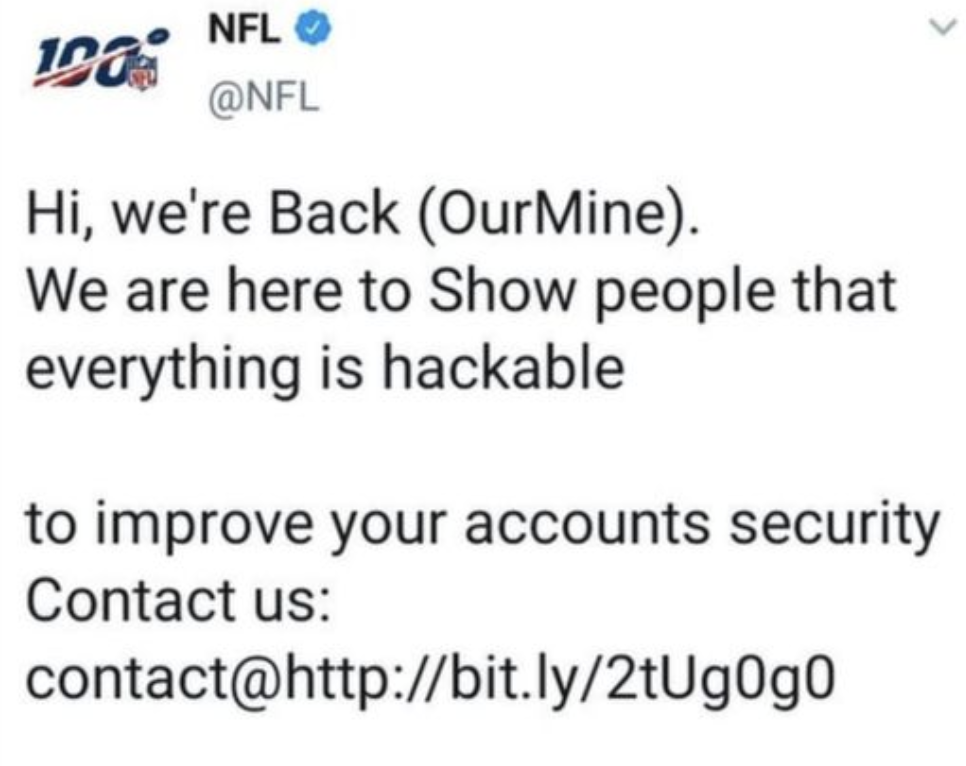 OurMine reportedly told BBC News that it had reached out to the NFL ahead of the attack to offer its services in improving the league’s security but received no response. OurMine has previously hacked the Twitter accounts of Netflix, Marvel, Google’s chief executive Sundar Pichai, and Twitter’s founder Jack Dorsey.

The Instagram pages of the Minnesota Vikings and Dallas Cowboys were also compromised in the hack.