Tennis star Naomi Osaka wept at her first press conference nearly three months after withdrawing from the French Open and Wimbledon due to mental health concerns.

The 23-year-old spoke to reporters before competing in the Ohio WTA tournament. However, Osaka became emotionally upset after Cincinnati Inquirer sports columnist Paul Daugherty brought up the subject of her turbulent relationship with the media.

“You’re not crazy about dealing with us, especially in this format, yet you have a lot of outside interests that are served by having a media platform,” Daugherty said. “I guess my question is, how do you balance the two, and also do you have anything you’d like to share with us about what you did say to Simone Biles?”

After asking Daugherty to clarify what he meant by her not being “crazy about dealing with us,” Osaka began addressing Daugherty’s question.

“That’s interesting,” Osaka said. “I would say the occasion, like when to do the press conference, is what I feel is the most difficult.”

“I’m actually very interested in that point of view,” she continued. “For me, I feel like this is something that I can’t really speak for everybody. I can only speak for myself. But ever since I was younger, I’ve had a lot of media interest on me, and I think it’s because of my background as well as how I play.

“But I would also say, I’m not really sure how to balance it too, I’m figuring it out at the same time as you are, I would say.” 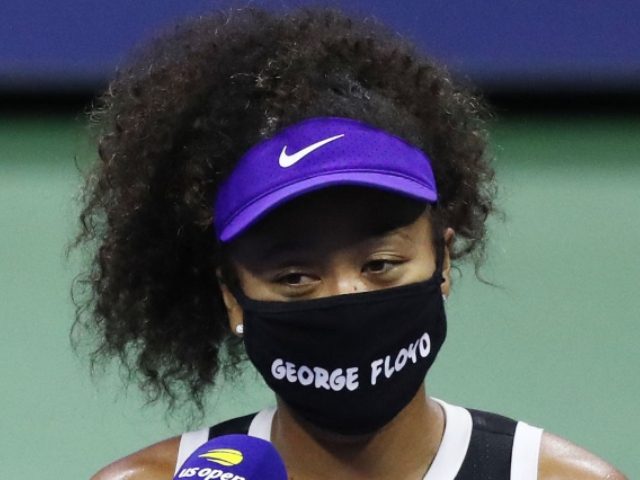 Then, as another reporter began asking about her pledge for Haitian relief, Osaka began to cry. Later, after pausing yet again, Osaka continued taking questions from reporters.

Osaka’s agent, Stuart Duguid, slammed Daugherty in a statement issued after the press conference, referring to the columnist as a “bully.”

“The bully at the Cincinnati Enquirer is the epitome of why player/media relations are so fraught right now,” Duguid said. “Everyone on that Zoom will agree that his tone was all wrong, and his sole purpose was to intimidate—really appalling behavior.

“And this insinuation that Naomi owes her off court success to the media is a myth — don’t be so self-indulgent.”

In May, Osaka surprised the sports world by saying she would not do any more media conferences with those who have “no regard for athletes mental health.”

After withdrawing from the French Open, Osaka was inactive until competing for Japan in the Tokyo Olympics.