A 20-year-old prospective player for the NHL’s St. Louis Blues was robbed at gunpoint on the grounds of the famed St. Louis Arch on Monday evening.

The young victim and a female friend were robbed of their cell phones, vehicle keys, wallet, and purse.

“The suspect is described as a Black male, in his mid-20’s, who is around 6’1″ tall. He has a low haircut and was wearing a black graphic t-shirt, grey pants, and white basketball-style gym shoes,” Fox 2 reported.

The suspect was in St. Louis for the team’s rookie camp. 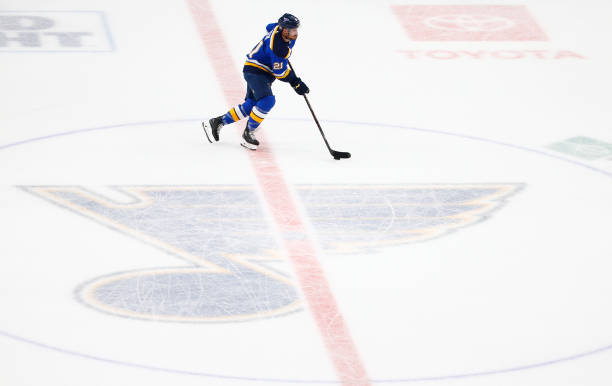 ST LOUIS, MISSOURI – JUNE 01: Tyler Bozak #21 of the St. Louis Blues handles the puck against the Boston Bruins during the first period in Game Three of the 2019 NHL Stanley Cup Final at Enterprise Center on June 01, 2019 in St Louis, Missouri. (Photo by Dilip Vishwanat/Getty Images)

The Blues issued a statement saying that the incident is under police investigation.

“The St. Louis Police Department is investigating an armed robbery that took place on the Arch grounds early Monday evening involving one of our organization’s prospects,” the team noted. “Our player, who is in St. Louis for our rookie camp, is safe as local authorities work to apprehend the suspect. We will have no further comment at this time.”

St. Louis Public Safety Director Dan Isom responded to the incident saying that the police department is looking to increase its presence in the popular tourist area.

Residents of St. Louis may feel like they have heard that tune before. Despite that, the city has repeatedly said it is working to curb the rising crime rate in the Gateway City. St. Louis still ranks as one of America’s most dangerous cities.

According to recent statistics, St. Louis is the fourth most dangerous city per capita and ranks as the 99th best place to live behind dangerous cities such as Sacramento and Baltimore.