A teammate of famed transgender UPenn swimmer Lia Thomas – a man living as a woman – claims that he recently colluded with another transgender swimmer to lose a race for optics.

Earlier this month, after a string of victories put him on a path to winning the championship, Lia Thomas inexplicably lost to Yale transgender swimmer Iszac Henig at UPenn’s tri-meet with the Yale and Dartmouth swim teams. Henig is a biological woman currently transitioning to live as a man, and though she had her breasts removed, she reportedly delayed hormone treatments to compete in women’s swimming before graduation.

Speaking on condition of anonymity, a teammate of Thomas claims that the two colluded with each other as a way to hit back at anti-trans critics. 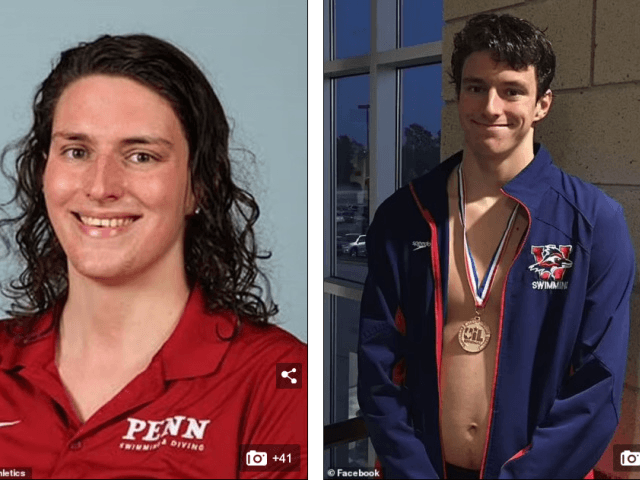 “Looking at [Lia’s] time, I don’t think she was trying,” the Penn swimmer told OutKick. “I know they’re friends, and I know they were talking before the meet. I think she let her win to prove the point that, ‘Oh see, a female-to-male beat me.’

“I can’t say for sure, but I wouldn’t be shocked if I found out that was 100% true,” the teammate added.

The teammate recalled saying to a friend during one of the races that Thomas did not appear to be trying.

“I was on deck and said to a friend, ‘She’s literally not trying.’ You could just tell,” the teammate said. “It was blatantly obvious. I was watching the 200 free, and she was literally keeping pace with the other girls.

The women are in second place after day one of the Zippy Invitational.

Lia Thomas set a pool and meet record in the 500 free!

Writing for the New York Times last June, Iszac Henig said she delayed hormone treatment so that her “boyhood” would not alter her ability to compete with women.

“As a student-athlete, coming out as a trans guy put me in a weird position. I could start hormones to align more with myself, or wait, transition socially and keep competing on a women’s swim team. I decided on the latter,” Henig wrote.

“I value my contributions to the team and recognize that my boyhood doesn’t hinge on whether there’s more or less testosterone running through my veins,” Henig continued. “At least, that’s what I’ll try to remember when I put on the women’s swimsuit for the competition and am reminded of a self I no longer feel attached to.”

Lia Thomas, who previously competed for the UPenn men’s team for three seasons as Will Thomas, became a controversial figure late last year when he dominated the competition at the Akron Zippy Invitational, smashing university records and pool records when he won the 1650 race by a whopping 38 seconds over his teammate.

Some female swimmers lamented that Thomas began boasting about the ease of his victory following the competition.

“That was so easy. I was cruising,” a female swimmer reported Thomas as saying. “At least I’m still No. 1 in the country.”