Counterterrorism Officials on Garland Shooters: ‘Hundreds if Not Thousands’ like Them

FBI and intelligence community officials are openly admitting how difficult it has become to track the thousands of potential American jihadists on social media. 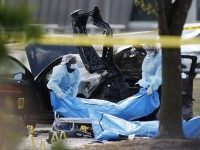 A Kansas City mosque that once petitioned the White House to ban criticism of Islam will host the funeral of deceased terrorist Nadir Soofi, who was one of the two jihadis who attempted an attack on a “Draw Muhammad” free-speech event in Garland, Texas on Sunday. 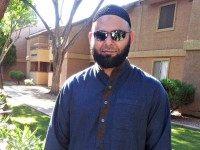 A Handy Field Guide For Submitting to Sharia Law

Liberals don’t think Christian pizzeria owners, bakers, or florists are likely to avenge insults with violence. In other words, they submit to sharia law because they fear it will be enforced. 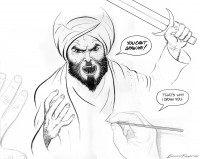 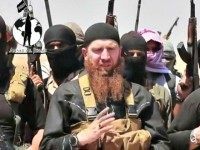 The UK Telegraph reports that Dutch politician Geert Wilders, a guest of honor at the Mohammed Art Exhibit in Garland, Texas, has asked his parliament to stage an exhibition of the Mohammed cartoons from the event. 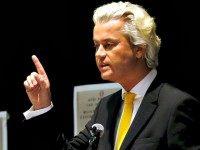 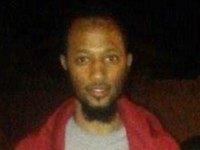 Judicial Watch president Tom Fitton told Breitbart News that Minnesota Democrat congressman Keith Ellison “has a clear record of obstruction and complaint about every sensible law enforcement effort in the war on terror.”

Dim-itude or Dhimmitude: We Have a Crisis

EXCLUSIVE: ‘Draw Muhammad’ Winner on Growing Up in Islam and Defeating the Jihad 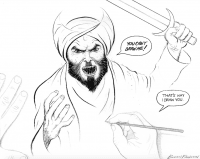 The Garland Independent School District (ISD) is rethinking who can rent the Curtis Culwell Center, following the attack on free speech that occurred outside the venue during the Mohammad Art Contest and Exhibit on Sunday evening, May 3.

According to an FBI report, Elton Simpson revealed in private messages on Twitter exactly how and when he decided to turn against the United States and embrace radical Islam.

Power, Principle and Freedom of Speech

Belief in a “hate speech” exception to the First Amendment is a perfect expression of power over principle, because the power to define and suppress “hate speech” would be enormous. We don’t have to imagine its dimensions, because every totalitarian regime in recent history claimed such powers.

The mayor of Garland, Texas has attacked AFDI President Pamela Geller for hosting a free speech event in his town, arguing that the “Draw Muhammad” contest had “invited” violence and that Geller’s “ideology,” and not that of the jihadist attackers, had “put my police officers at risk.” 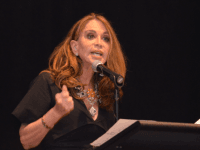 Breitbart News spoke with Pamela Geller, president of the American Freedom Defense Initiative and blogger at Atlasshrugs.com, about her recent “Draw Muhammad” free speech art exhibit, which came under attack by Islamic radicals on Sunday in Garland, Texas.Geller discussed how much

In Pakistan Tuesday, around 200 Muslims held a gathering to honor the jihadis who attempted to carry out a terror attack against a free speech event on Sunday in Garland, Texas. 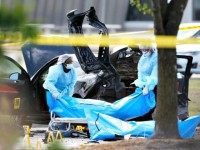 Look at the treatment of Pamela Geller, whose Mohammed Art Exhibit was attacked by heavily-armed jihadis intent on committing mass murder. The response from our Left-dominated culture is, at best, a grudging concession that Geller has some theoretical right to free speech, but she probably shouldn’t use it. 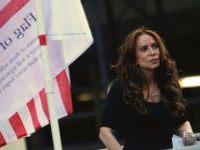 Garland Shooter’s Former Lawyer: He ‘Wouldn’t Shake My Hand’ Because I’m a Woman

Those who knew slain Garland terrorist and jihadi aspirant Elton Simpson profess surprise that he tried to perpetrate a mass murder, including people who really ought to know better. Take his former lawyer, for example, in a passage quoted from Fox News affiliate KSAZ in Simpson’s hometown of Phoenix, Arizona.

A jihadist in Somalia believed to have tiles to Al-Shabaab was found to have tweeted a message demanding Americans attack the ‘Draw Muhammad’ Contest held in Garland, Texas on Sunday. The discovery of these tweets follows reports from at least one law enforcement official that the gunmen responded directly to Twitter requests to attack the event. 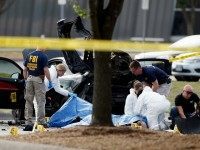 An Islamist radical recruited to Somalia from Minneapolis inspired the would-be “Texas Terror” killers, who were gunned down in Garland, Texas Sunday night by a sharp-shooting law enforcement officer before they could carry out their mass-murder plot at an art exhibit sponsored by First Amendment heroine Pamela Geller.

If more Americans had the guts of Pamela Geller, every city in our country would be holding their own Mohammed Art contest next weekend.

Last week, six writers serving as table hosts for the PEN American Center gala withdrew to protest the Freedom of Expression Courage Award given to Charlie Hebdo magazine. Now six new writers, including graphic novel legends Neil Gaiman and Art Spiegelman, have stepped forward to take their places. Their gesture is more important and appreciated than ever, in light of the anti-free speech attack in Texas on Sunday night. 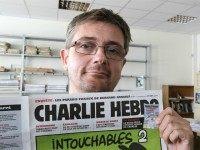 The second shooter in the Garland, Texas terrorist attack has been identified as Nadir Soofi, 34. According to law enforcement officials quoted by the Washington Post, he was indeed Elton Simpson’s roommate, as some earlier reports indicated.

“The first thing you notice is the warm and welcoming smile. Any brother standing in the doorway is sure to get a big smile, hearty handshake, and some sort of kind conversation,” Kawthar Ijai wrote in a February 2010 Arizona Muslim Voice profile of Elton Simpson, the man who officials said carried out a terrorist attack in Garland, Texas on Sunday.

Reporter to Garland Police: Please Brag About Your Officer More

Garland, TX Police Public Information Officer Joe Harn was asked if he could brag about his officer’s actions in stopping a shooting at the Mohammed Art Exhibit and Contest in a press conference on Monday. After Harn stated that the two shooters “had 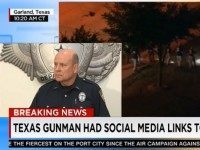 The Islamic State (ISIS/ISIL) claimed responsibility for the attack in Garland, TX, on Sunday night. Garland authorities confirmed today that social media “chatter” had gone on for months regarding a potential attack on the Draw Muhammad Contest scheduled there for Sunday. 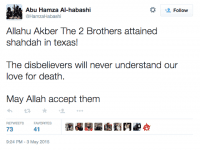 The Council on American Islamic Relations (CAIR), an American Muslim advocacy group with deep ties to the global Muslim Brotherhood, advised Muslims to “use caution” when talking to the FBI about its 2010 investigation into Elton Simpson, who on Sunday carried out a jihadist attack on a “Draw Muhammad” free-speech event in Garland, Texas. 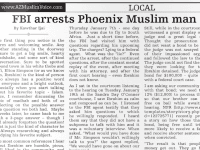