Jindal: Religious Beliefs Between Us and God, Not Us and Hillary

Gov. Bobby Jindal (R-LA) challenged a statement made by Democrat presidential candidate Hillary Clinton that “religious beliefs…have to be changed” in order to accommodate abortion. 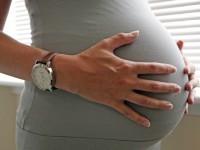 Louisiana Gov. Bobby Jindal (R) unveiled a plan Wednesday that purports to eliminate the Common Core standards from his state. 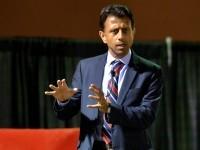 Potential GOP 2016 presidential hopeful Gov. Bobby Jindal (R-LA) unveiled an education policy plan Monday that confronted the dismal state of public education in the United States and put forth a pathway that emphasizes the role of parents–and not government–as the greatest influence in students’ lives.

Bobby Jindal: ‘What Happens When We Stop Teaching American Exceptionalism to Our Students?’

Louisiana Gov. Bobby Jindal (R) is fast becoming one of the most vocal enemies of the Common Core standards. A potential 2016 presidential candidate, Jindal slammed the controversial education initiative during a speech in Washington, D.C., Thursday, asserting that the standards were created by “the elite in D.C.,” who “think they know better than we do.”

While I disagree, Washington Post media reporter Erik Wemple wasn’t convinced Tuesday that the Breitbart News story about a CNN report on Muslim “no go zones” (originally found by Red State’s Erick Erickson) was much of a smoking gun proving

CNN is already attempting to take Louisiana Governor Bobby Jindal out of contention as a 2016 threat to Hillary Clinton. Starting Monday with Wolf Blitzer and Max Foster, straight into today, the left-wing network is desperate to paint Jindal as

MSNBC Guest: Jindal ‘Trying to Scrub Some of the Brown Off His Skin’

Monday on MSNBC’s “NOW with Alex Wagner,” senior editor at The Islamic Monthly, Arsalan Iftikhar, attacked the race of Gov. Bobby Jindal (R-LA) because he discussed the controversy over Fox News Channel’s reports on “no-go zones.” Iftikhar said, “I think 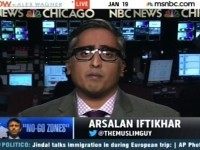