As the world marks the 31st anniversary of China’s massacre of thousands of students in Beijing’s Tiananmen Square, Democrats – including leadership in the House and Senate – and the left-wing media are comparing that deadly day to President Donald Trump’s visit on Monday to St. John’s Episcopal Church. 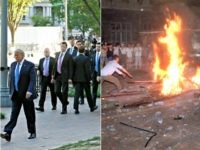 Top Republicans in the Senate are behind President Donald Trump’s effort to quell the violence and looting in the nation’s capital. 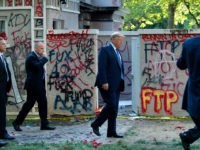