Some 200 displaced Syrians approached the Israeli border on Tuesday, some of them waving white flags, in an apparent effort to reach out to the Jewish state for assistance as forces loyal to Syrian dictator Bashar Assad moved into the area as part of a military operation against rebel-held areas in the country’s southwest. 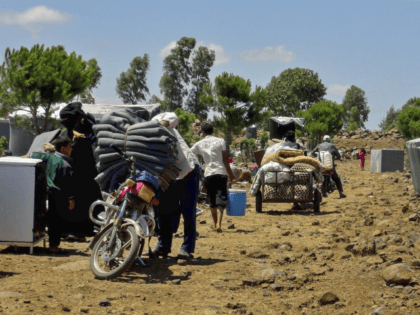