Undertale is the next big indie gaming darling, resulting in a hardcore fanbase across the internet immediately following its September 15 release. The game features a well-rounded cast of characters, humorous dialogue, and inventive gameplay mechanics. I found it to be one of the most memorable RPGs I have played in recent years.

Developer Toby Fox raised more than 10 times his original goal of $5,000 on crowdfunding platform Kickstarter in 2013, and it has proven to be an example of a Kickstarter game done right.

I was recommended Undertale by a friend that compared it to Earthbound and other critically acclaimed Super Nintendo-era roleplaying games, but it never became more than a blip on my radar during a time when too many games were being released. I started seeing the hype machine build on my Twitter feed and favorite gaming forums, making me question if this game really deserved the crazed fan hype it was receiving. At worst, I assumed it was going to be another meme-filled adventure that overuses clichés and meta humor, the latter being a problem frequently seen in indie RPGs.

Undertale opens to exposition about a war between humans and monsters. The monsters lost and were forced to live in the Underground, sealed by a magic barrier. You play as a child that climbs up a cursed mountain and falls down a hole to the Underground. You must escape and avoid the monsters that want to kill you. 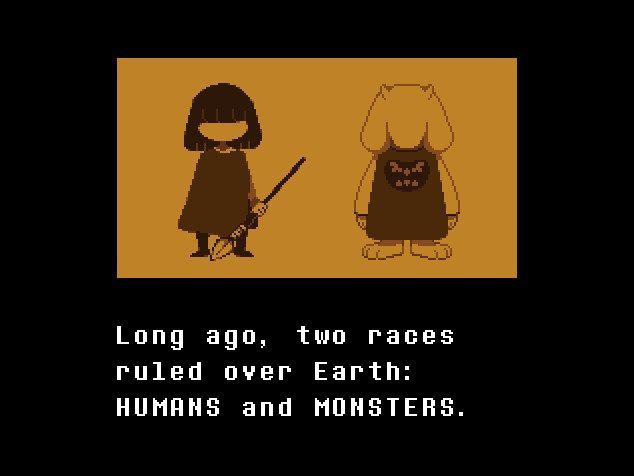 It doesn’t sound like there is much to the plot, but I can’t explain it any further without straying into spoiler territory. The game’s story really begins to take shape after the start of the second act.

The first creature you encounter is a friendly little flower named Flowey. Your new friend wants to teach you how to survive in the monster world and starts you off with a quick tutorial about controlling your SOUL (a heart you move within a box to avoid enemy attacks), your LOVE (the character’s level), and that you want to catch as many “friendliness pellets” with your SOUL. This kiddie combat tutorial takes a dark turn when the friendliness pellets actually hurt you, and Flowey smiles fiendishly, calling you an idiot and that this world is “kill or be killed.” This is no ordinary RPG.

Undertale reinvents the classic RPG battle system in favor of giving the player a more active role in the fight. When attacking, a meter appears that allows you to time your attacks for more powerful blows. When you’re on the defense, you play a bullet-hell (a type of top down shooter where you have to avoid many fast moving destructive objects) mini game when defending yourself from enemy attacks. Every monster has their own special attacks themed to their likeness and personality, creating a wide variety of battles throughout the game.

Although they mention it in the tutorial, it isn’t accurately explained to the player that when in a fight, if you select “Act,” it will give you non-violent option to use on enemies. This allows you to avoid fighting monsters altogether, and it is possible to beat the game without killing any of them. Choices like these also impact how the story is presented because this confusion led me to killing certain characters that I would have otherwise spared during my first playthrough. 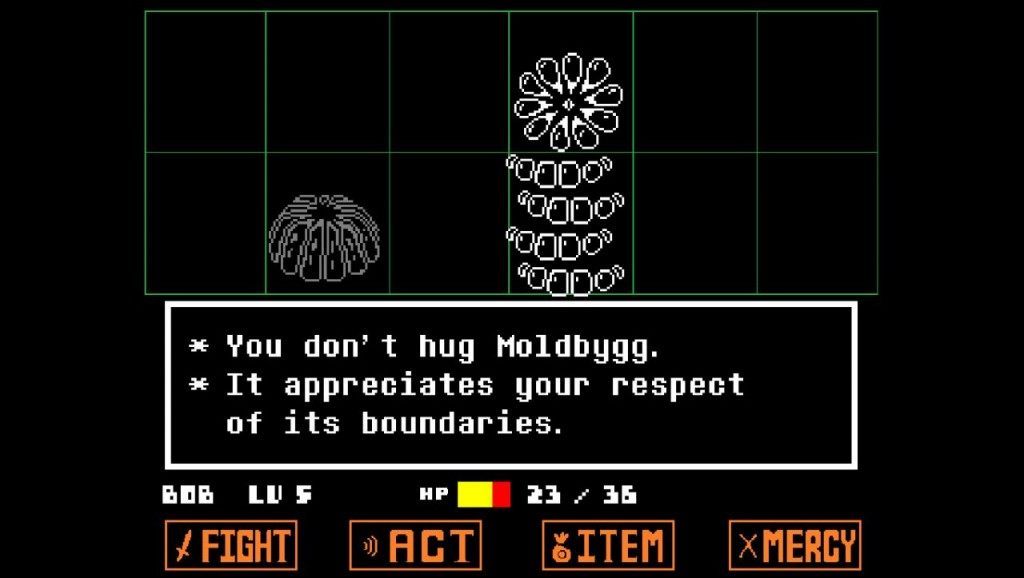 Boss battles stand out as one of my favorite features in Undertale. Similar to regular monsters, boss attacks are themed but in greater variety. It can get intense trying to dodge a boss with 4 or more different attack patterns, forcing you to master several new mini-games quickly so you don’t die. Unless you’re good at bullet-hell games, you may have a challenge against some of the later end game bosses.

You progress through the Underground by completing your average set of RPG puzzles found in typical Game Maker games. Many of the puzzles can be completed relatively fast and feel more like a chore than a part of the story progression. It may sound like a negative, but I was thankful when puzzles were able to be completed quickly because I was more invested in the story than the desire for a “puzzle challenge.”

Undertale conveys a lot of soul and charm through its excellent writing. There is a great balance between comedy and drama that made me emotionally invested in certain characters the more I encountered them. Many of the monsters in the Underground have no interest in attacking you and often make clever jokes and share details about their world that adds to the story. There are times when dialogue borders on cringey random humor that larger demographics wouldn’t get, or not allowing enough time between meta jokes, but it’s never taken too far or cheapens the story at the core of this incredible game. 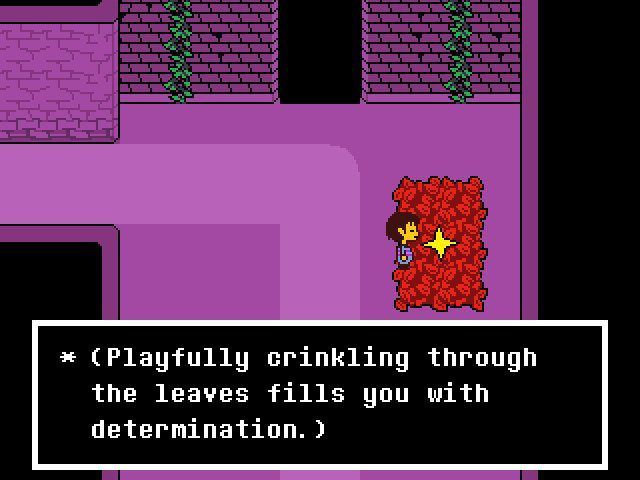 The retro 16-bit era art style helps emulate the art direction of some of the greatest RPGs from the 90s, but it occasionally causes parts of the Underground to feel bland and not on the same level of detail as the excellent character design. Undertale’s soundtrack contains some of the best chiptune lo-fi music I’ve heard in a game in recent years, and it helps set the tone of the environments and intensity of battles.

There is a lot of replay value in Undertale. After I did what is called the “neutral” playthrough, I decided to not kill a single monster on my second time through the game. This greatly changed the story and made for a much happier ending that left me with the biggest smile a game has given me in a long time. Although it’s an option, I don’t think I have the heart to do a playthrough where I kill everyone I come across.

Decisions you make in one playthrough can permanently affect your game’s save file for future runs. Undertale is definitely worth a buy for anyone that craves a fantastic innovative RPG experience that has a lot of heart and soul, or if you want the best “feel good” gaming experience of 2015. I think it’s worth the hype, but it might not be for everyone.