A women’s officer at the University of York has “lost it” on Facebook, according to other York students, over the proposed creation of a men’s officer on campus.

Ananna Zaman, whose obsessive outbursts about “straight white men” were documented by my colleague Jack Hadfield earlier this week, compared the creation of a men’s officer to that of an “able-bodied officer” or “white student’s officer.” 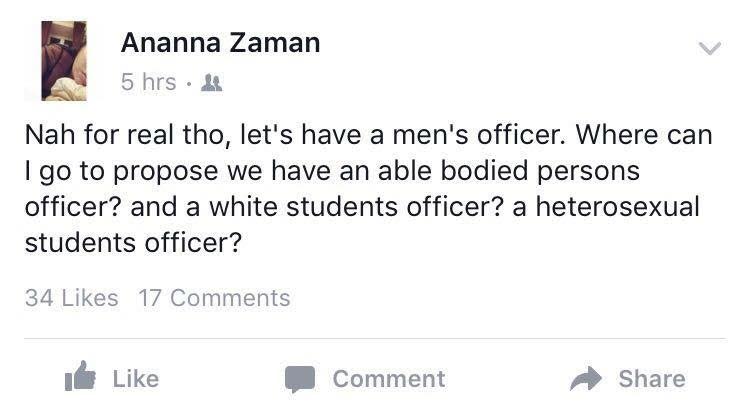 What followed was a remarkable set of exchanges with reasonable York students who said they could understand why so many men on campus were offended by Zaman’s continual hateful outbursts.

Spineless officials at the University of York recently imposed insurmountable conditions on my planned talk about the excesses of militant feminism, forcing it to be relocated off-campus and privately-funded.

Thankfully, my reporting about the state of campus crazies at York has prompted discussion about the creation of a men’s officer, following the tragic suicide of a male student on the same day the university bowed to pressure from feminists and announced it would not be marking International Men’s Day.

IMD highlights male health issues including the male suicide epidemic. Zaman herself was elected on a “mental health” mandate, but York students have told Breitbart she seems remarkably selective in her application of compassion. “You really do live in some kind of fantasy!” wrote one of them on her Facebook wall.

Some names have been redacted to protect the privacy of other students. 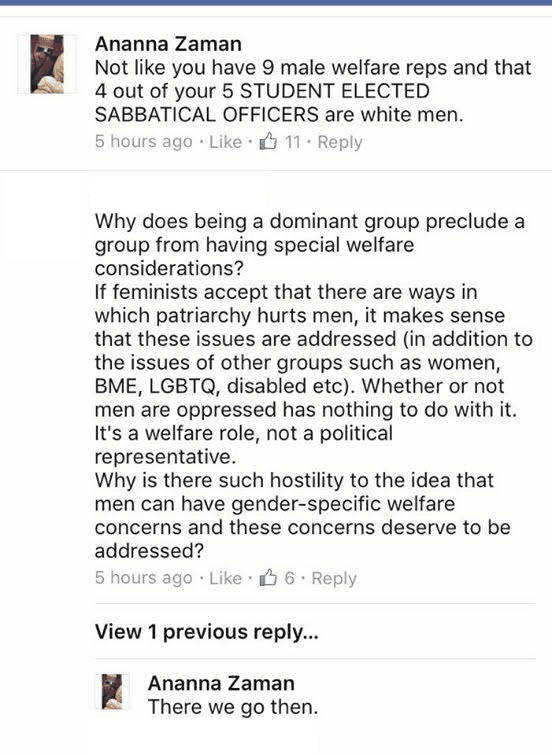 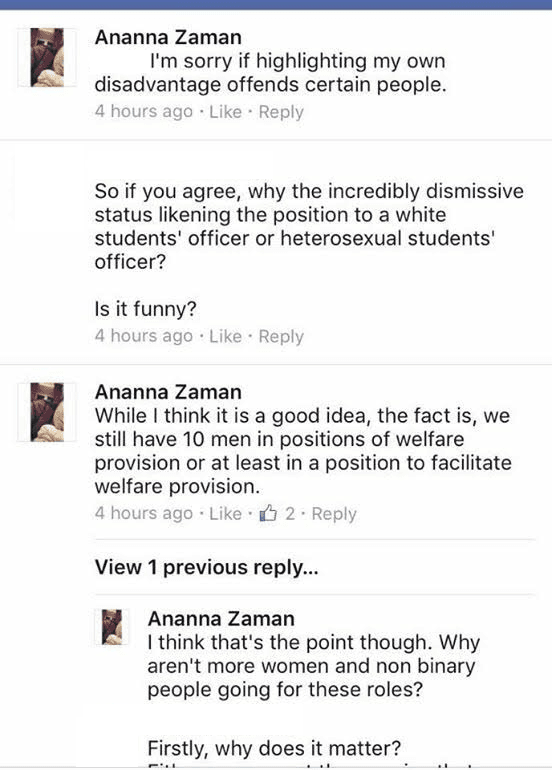 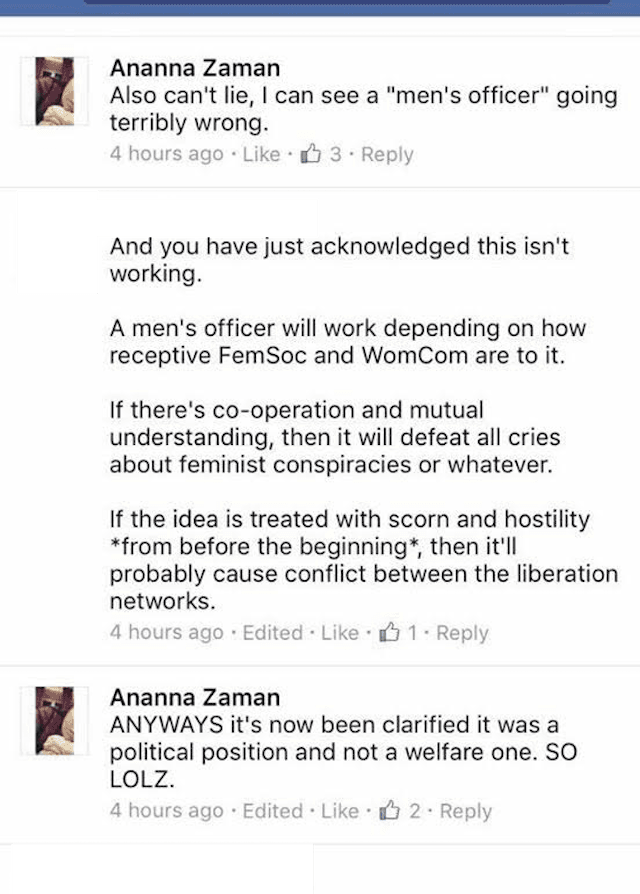 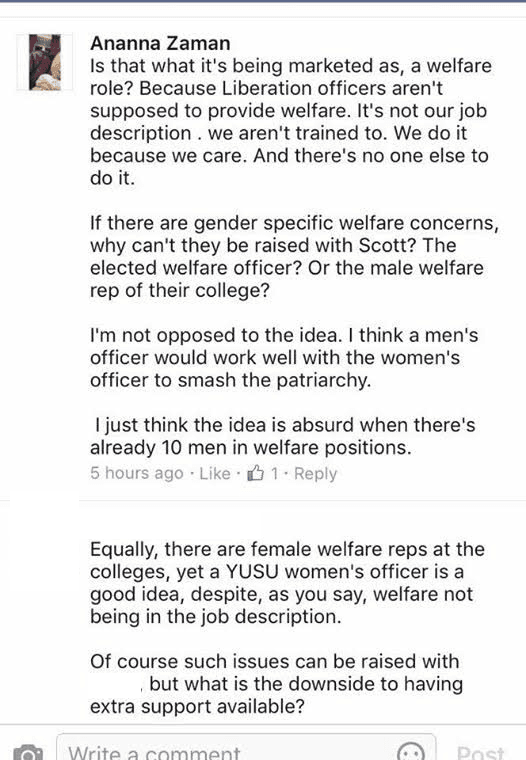 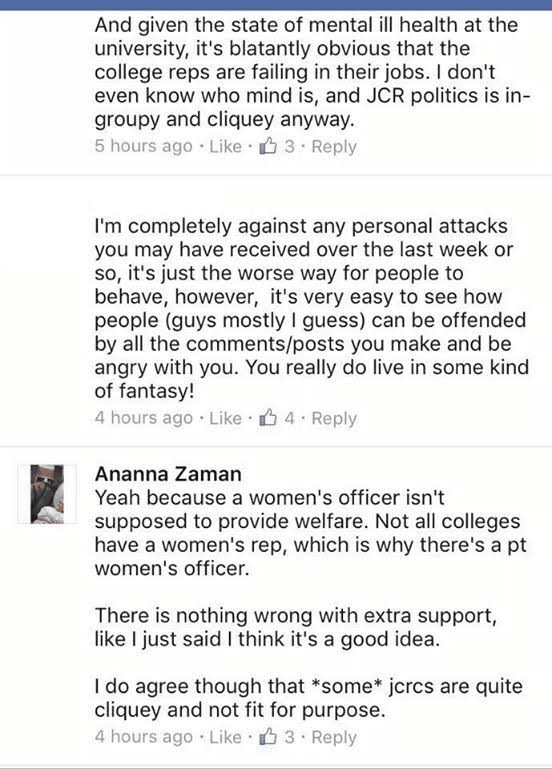