Social media analytics firm NewsWhip reports Breitbart News was the 14th largest Facebook publisher in the world for January 2016, ahead of Yahoo, The Hill, and MTV. 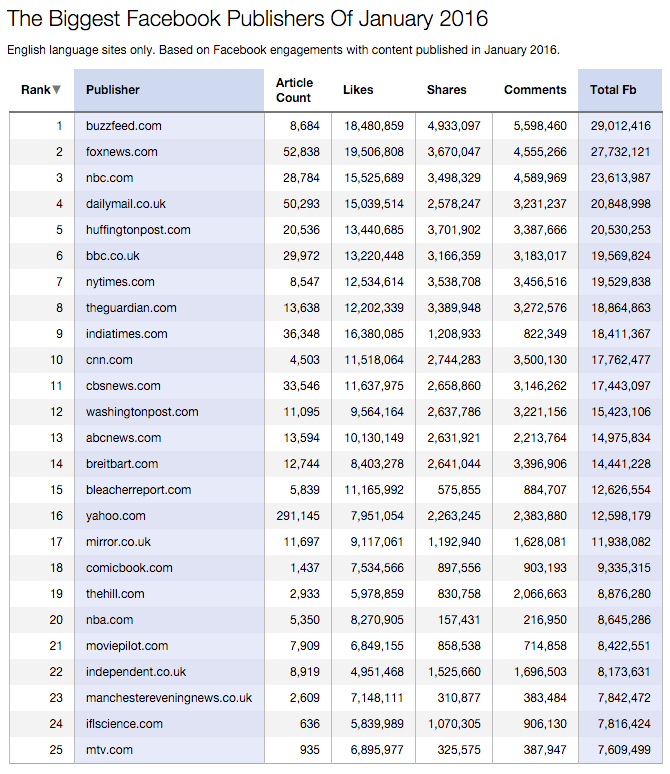 Breitbart News was also 10th in the world for Facebook shares, ahead of ABC News and The Washington Post, and had the 6th most Facebook comments among publishers for January 2016, beating out CBS News, the BBC, and The Huffington Post. 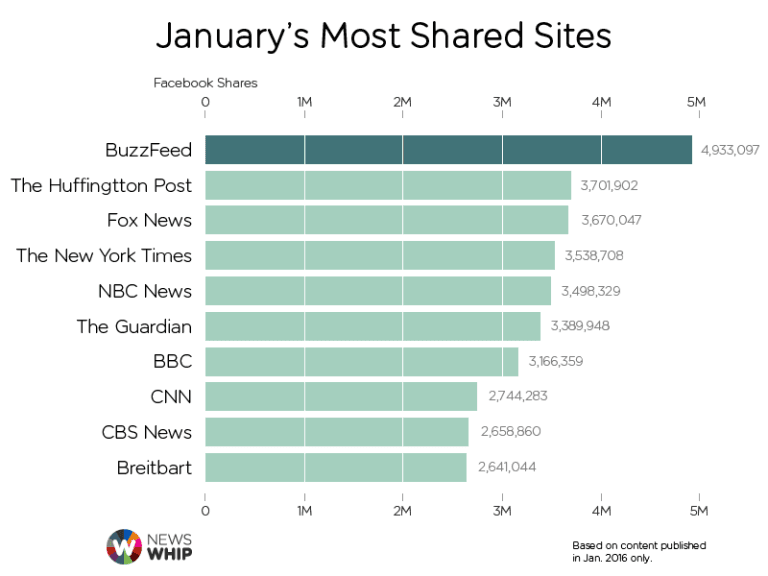 “Breitbart News continues to experience explosive growth and engagement on Facebook,” said Breitbart News Executive Chairman Stephen K. Bannon. “To see world-class metrics across all forms of engagement speaks to our active readership’s sophistication and their desire to lead the national conversation.”