A new website inviting white people to provide minorities with free goods, services, and financial assistance as a means of “reparations” has been launched.

“Reparations.me” is a website that takes the principles of crowdsourcing and applies them to white liberal guilt. It invites minorities to request free stuff — ranging from favours and “emotional support” to money. It then invites white people (or “people who identify as white,” to use the website’s definition) to provide them.

Examples on the site include a request for free video games, for help covering tuition fees at the University of Pennsylvania, and, bizarrely, an offer to argue with white people on behalf of minorities.

The site was created by Natasha Marin, who describes herself on her personal website as a “poet and interdisciplinary artist” and claims to have received grants from the cities of Austin and Seattle for “community projects involving text-based, visual, performance, and multimedia art.”

The idea for Reparations.me was born in a Facebook event created by Marin on July 15, 2016, in which she encouraged minorities to, well, ask for free things from white people.

I invite People of Color to ask for what we need to feel better, be happier, be more productive by posting in this space. These may be both material and immaterial requests.

I invite people who identify as White to offer services or contributions to People of Color in need of time, energy, substantive care, and support.

The project seems so bizarre that it smacks of a hoax. But the event was co-hosted by 10 other Facebook users, all of whom, like Natasha Marin, have established posting histories advocating progressive causes.

Speaking to Breitbart, Marin said her idea was not about polarizing people, nor about reparations for slavery.

This project is not about polarizing people, it’s about bringing people together for the purpose of healing and connecting. It’s also not about reparations for American Slavery, which anyone with critical thinking skills, or the ability to read, can figure out from the website … I mean, can you make up hundreds of years of torture and murder with a Starbucks’ gift card or a ride to the airport? I DON’T THINK SO.

However, when pressed on why the site has a racial element, she went on to imply that racial minorities were “owed,” both for past injustices and existing “marginalization” and “structural racism” in the United States.

I like to assume intelligence when I communicate with others, so I will avoid doing my best “mansplaining”-impression and simply state that for most of us wearing human bodies in America, it is obvious from the constant media bombardment of negative imagery including police brutality, that people of color are marginalized and underserved in this country.

Obviously structural racism doesn’t just disappear. It evolves, adapts, and becomes the Prison Industrial Complex. The first capital in the US was human bodies, do you honestly think that doesn’t have a lasting effect? If I raped, tortured, exploited, and murdered your great great great grandmother would you even be here to tell me ‘I don’t owe you a thing’?

Marin also strongly disagreed that her site encourages or incentivizes a culture of victimhood.

If being a decent human being who cares about others enough to do something meaningful for a stranger, “encourages a culture of victimhood” then please vote me off this planet. To add value to another person’s life– to leverage your privilege to help someone in need– to be generous … these are qualities that exemplify the best of humanity, not the worst.

These services don’t have to be material, of course. One white poster, for example, offers what she calls “emphatic listening.” The poster, Meagan, claims to be trained in “Emotional Freedom Technique and Nonviolent Communication” and offers “peer-counselling style sessions over phone or Skype.” 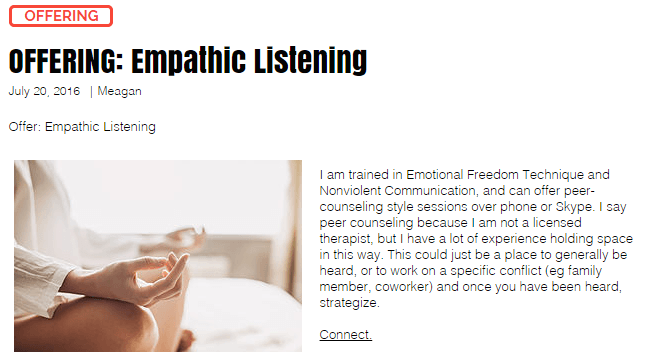 Another poster offers “personal energy cleaning” writing “When we become stressed, our energy and that around us can bind and kink, which blocks the flow of what is in our highest and best good.” 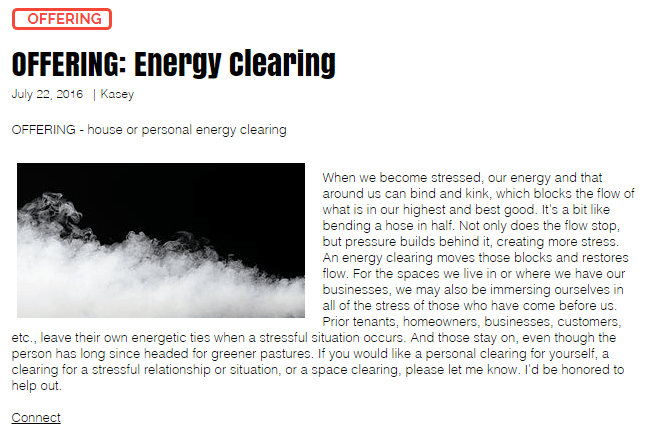 What about the requests? Well, they can be a little more … material.

The latest request on the site, for example, calls for help paying tuition fees for his UPenn math course. Another request asks for food and housing, while one poster just wants free video games from white people. (The poster calls it “gaming therapy.”)

Multiple other requests simply ask for financial assistance. One asks for a “financial blessing,” while another wants help to “get on their feet.” Another requester asked for help to improve their credit score. All of the requests cite personal misfortunes in their posts, ranging from personal clinical anxiety to raising an autistic child. However, it’s unclear if the site has taken any steps to verify their stories. 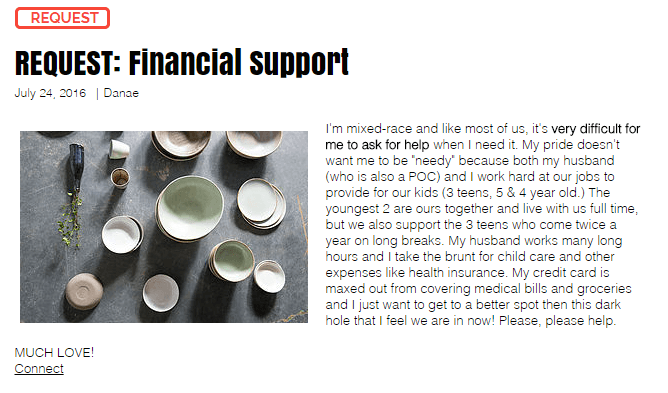 Not all of the requests and offers are mismatched, however. One requester, a lesbian Mexican immigrant, just wants free therapy (although the post doesn’t specify if “Emotional Freedom Technique and Nonviolent Communication” will suffice).

Some offers are slightly more practical than “personal energy cleaning” though. Many offer free advice with job resumes, while another post does offer help obtaining academic funding. The site also lists 9 requests that have been “satisfied,” including one instance where a man received a free Kindle from a white person.

On the other hand, there’s also a post offering to argue with white people on behalf of minorities. 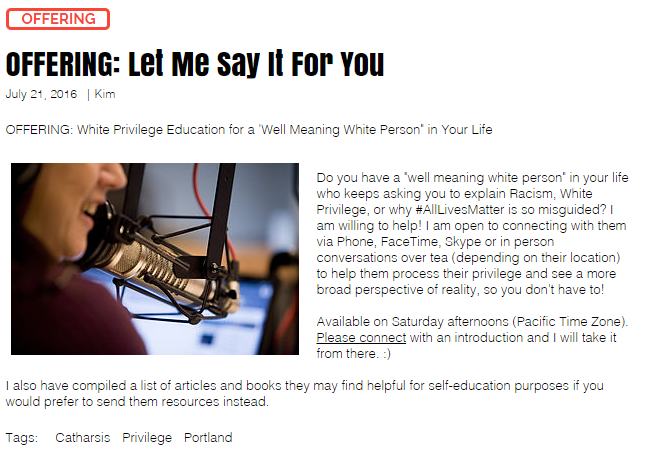 While conservatives and libertarians will no doubt be incensed by the site, there’s a bright side to this — it’s all voluntary! Instead of forcing everyone else in society to pay for their white guilt through higher taxes and welfare spending, liberal hand-wringers can now absolve themselves on a more personal, one-to-one level.

However, when I suggested to Marin that her idea could be a potential alternative to government redistribution, this was her response.

LMBAO. No. But if you want to wait around for the government, you go right ahead. There’s a lot of people who feel the pressure to do something positive to bring about change now. Those are my people and they come in all colors.