Users across Twitter noticed recently that searches for the terms “racist” and “Hitler” return the profile of President Donald Trump.

Users began posting screenshots on Twitter recently showing that when they searched for terms such as “Hitler” or “racist”, one of the first results returned by Twitter’s search engine is the profile of President Donald Trump. Alongside the President’s profile is that of a user literally named “Adolf Hitler.” 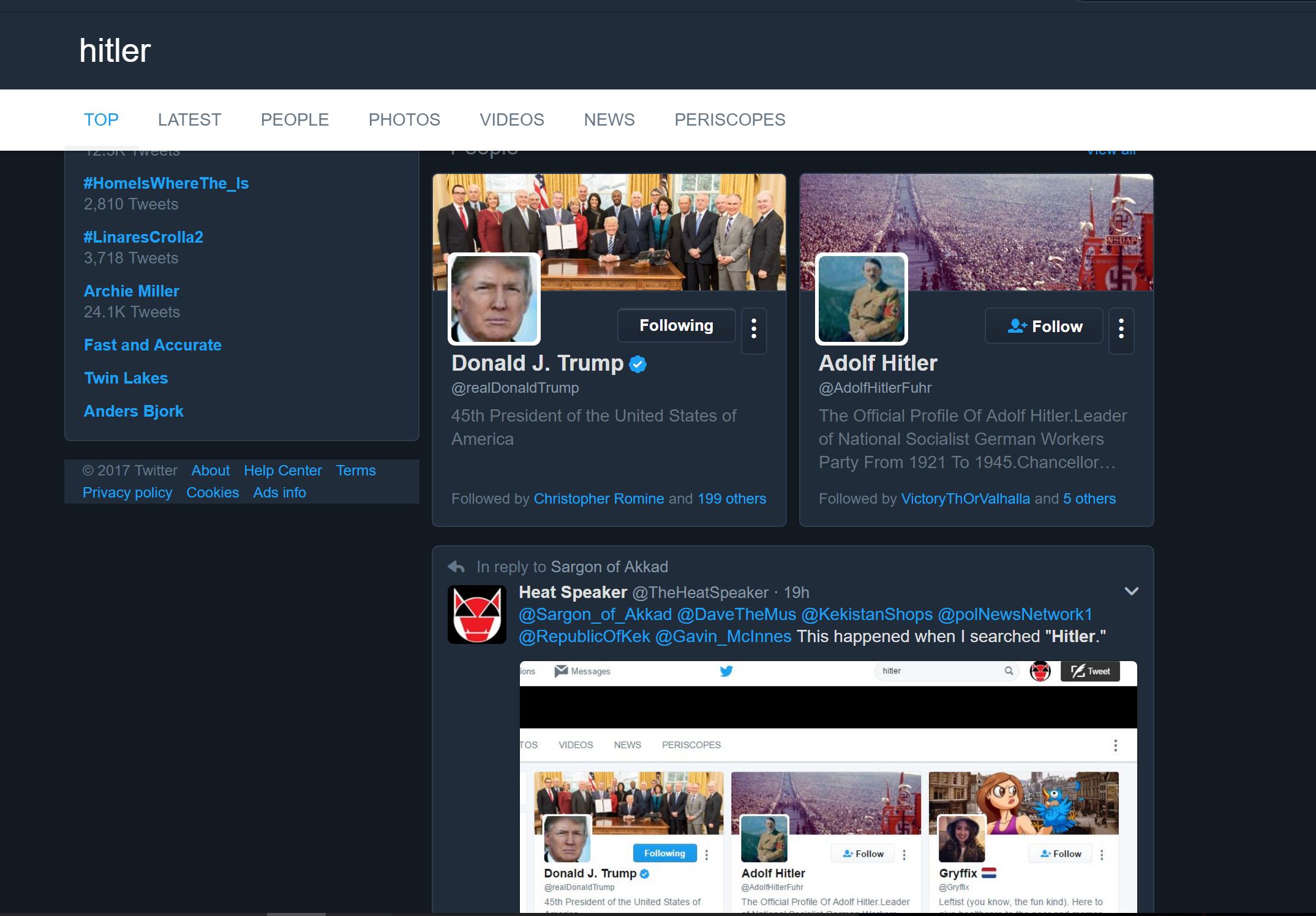 When searching for the term “racist,” similar results can be seen below, 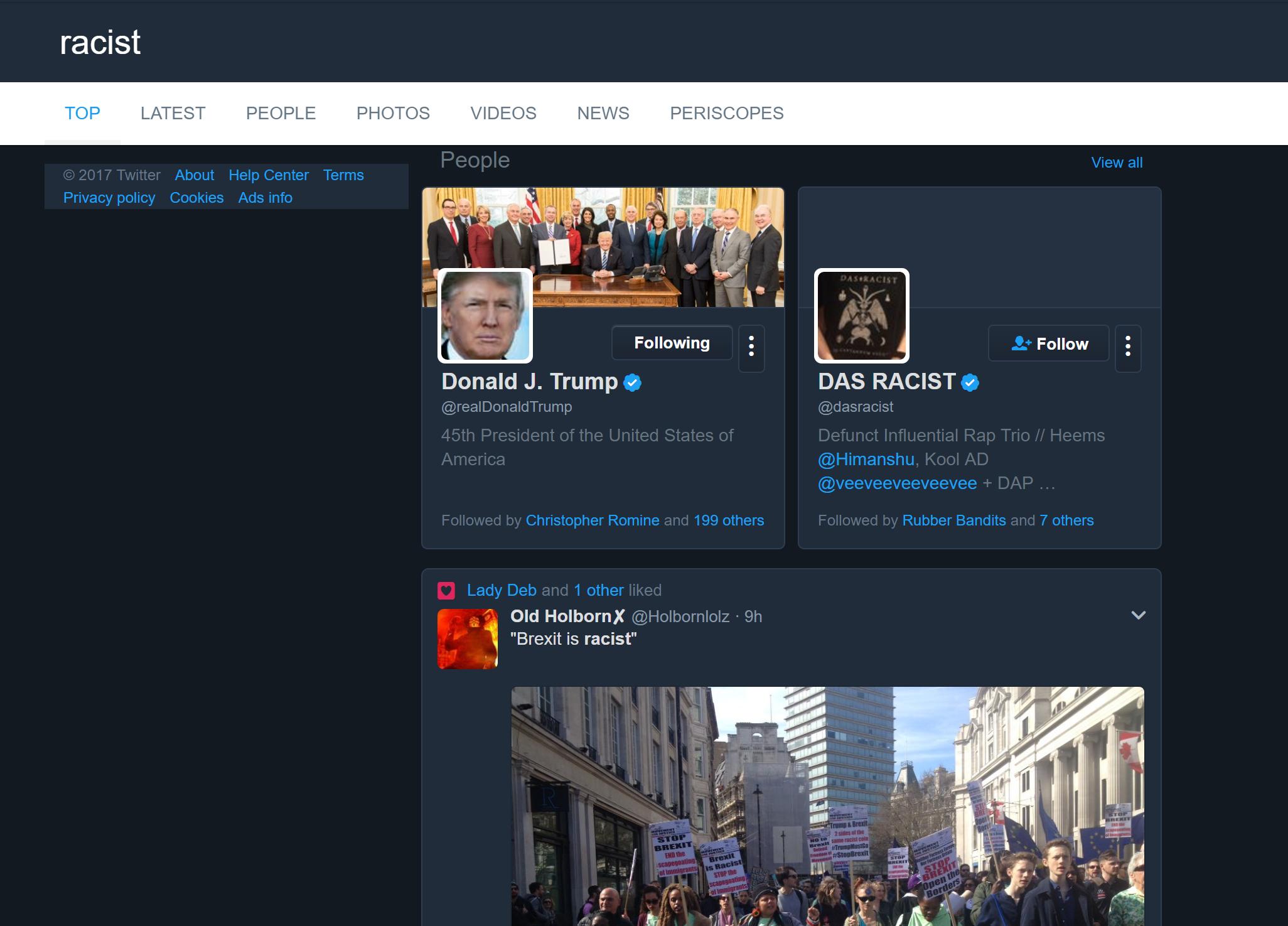 One user posted a screenshot that appeared to show Breitbart News official Twitter page listed under the search results for the term “fascist.”

However, when attempting to recreate this, Breitbart did not find our own Twitter profile listed but did find the accounts of President Trump, Sean Spicer and Kellyanne Conway amongst the results. 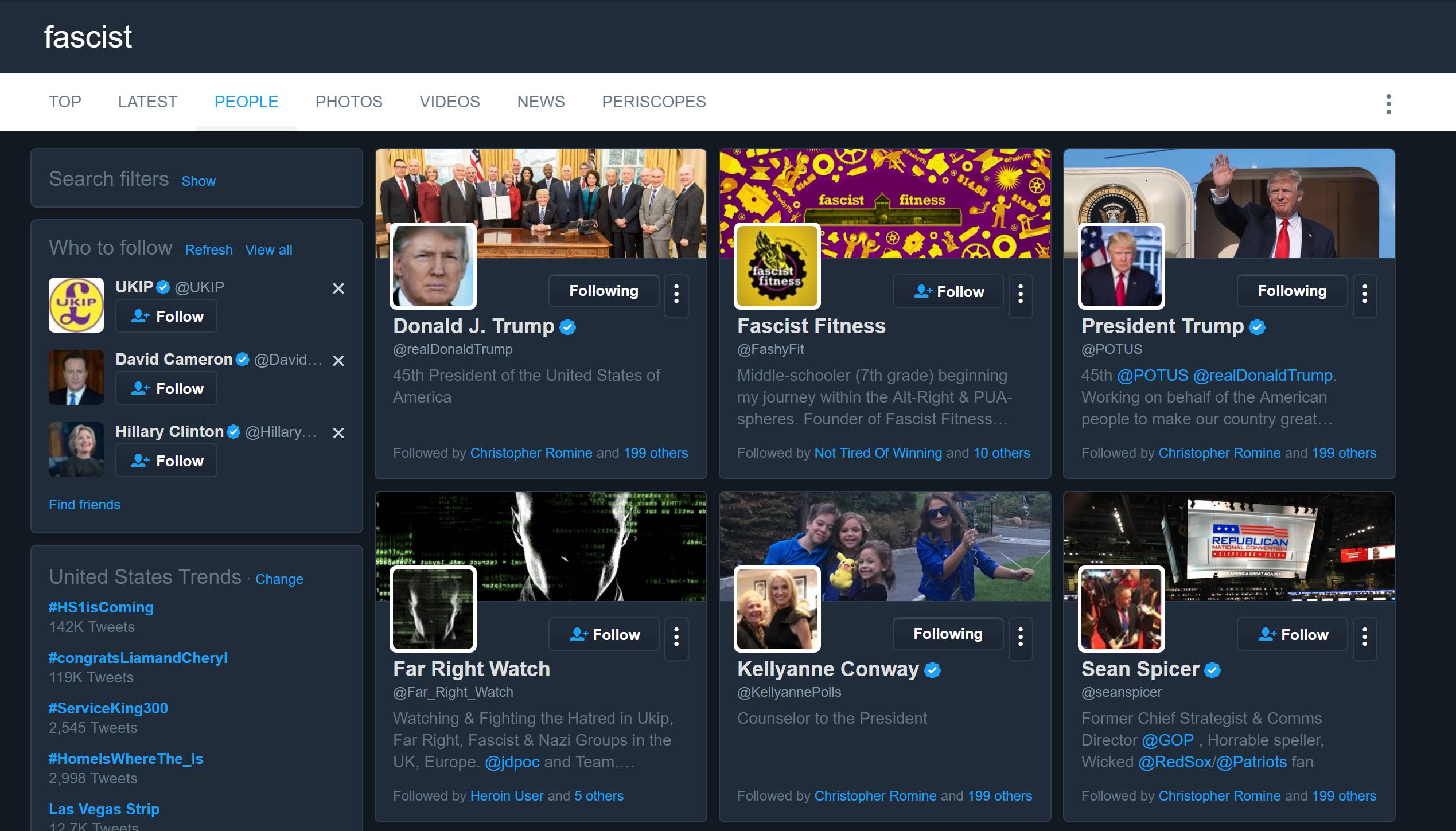 Twitter has previously done little to curb direct threats of violence against the President or his family, allowing “Rape Melania” to trend on the site for hours. The website has also allowed as many as 12,000 tweets calling for the assassination of President Trump.

Twitter, which recently reported an extremely poor quarterly earnings report, has not responded to a request for comment on the results at this time.