Yale Dean June Chu was forced to apologize after she called people “white trash” and “uneducated morons” in a series of Yelp reviews of restaurants and businesses in the New Haven, Connecticut, area.

Her reviews were called “offensive” and “elitist.” Dean June Chu of Yale’s Pierson College used the terms “white trash,” “low class folks,” and “uneducated morons” to describe employees and patrons of local establishments in series of Yelp reviews, which were spread around the Ivy League university’s community last week.

‘To put it quite simply: If you are white trash, this is the perfect night out for you!’ Chu wrote in a review of Koto, a Japanese restaurant in West Lebanon, New Hampshire.

‘This establishment is definitely not authentic by any stretch of the imagination and perfect for low-class folks who believe this is a real night out,” she added. Despite being Chinese, Chu condemned the Japanese restaurant for having Chinese employees. 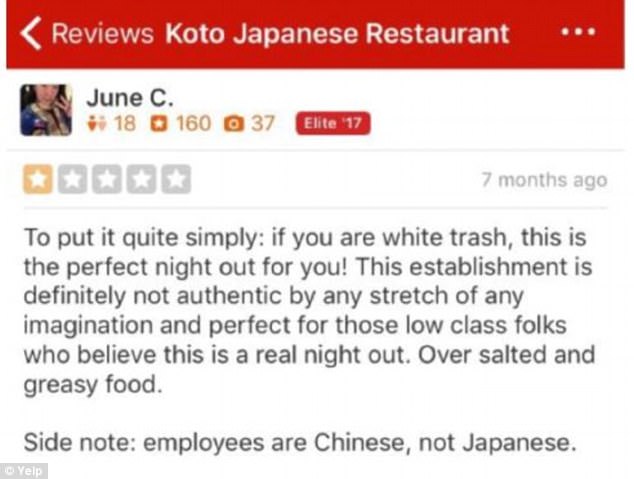 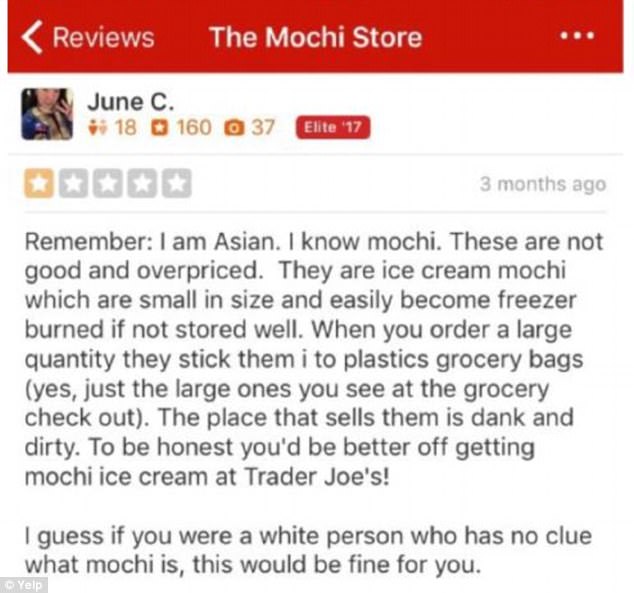 Condemning a New Haven cinema, Chu wrote that it was a place for ‘barely educated morons trying to manage snack orders for the obese and also try to add $7 plus $7.’

“I am concerned about the shadow that my actions have thrown on my efforts to create an environment in Pierson that respects everyone, and I am especially concerned that it could prevent anyone from coming to me for the support that I offer to all Pierson students,” Chu wrote in an apology statement. “I see that I now have work to do to repair the trust you have all shown me.”

Although some have expressed concerns that backlash against Chu is a result of the excesses of political correctness, others argue that Chu should be held to the same politically correct standards that many Yale professors expect of their community members.

Yale University has no plans to formally discipline Chu.