Breitbart News recently reported on Twitter filtering tweets from President Trump and his son, Donald Trump Jr. The filter appears to be triggered whenever anyone (including the President of the United States) retweets the Drudge Report. Users navigating to the official account of the Drudge Report, will find that all tweets from the account that contain URLs are hidden behind the same “sensitive content” warning message. When the President – or anyone else – retweets the account, their tweets are hidden too. 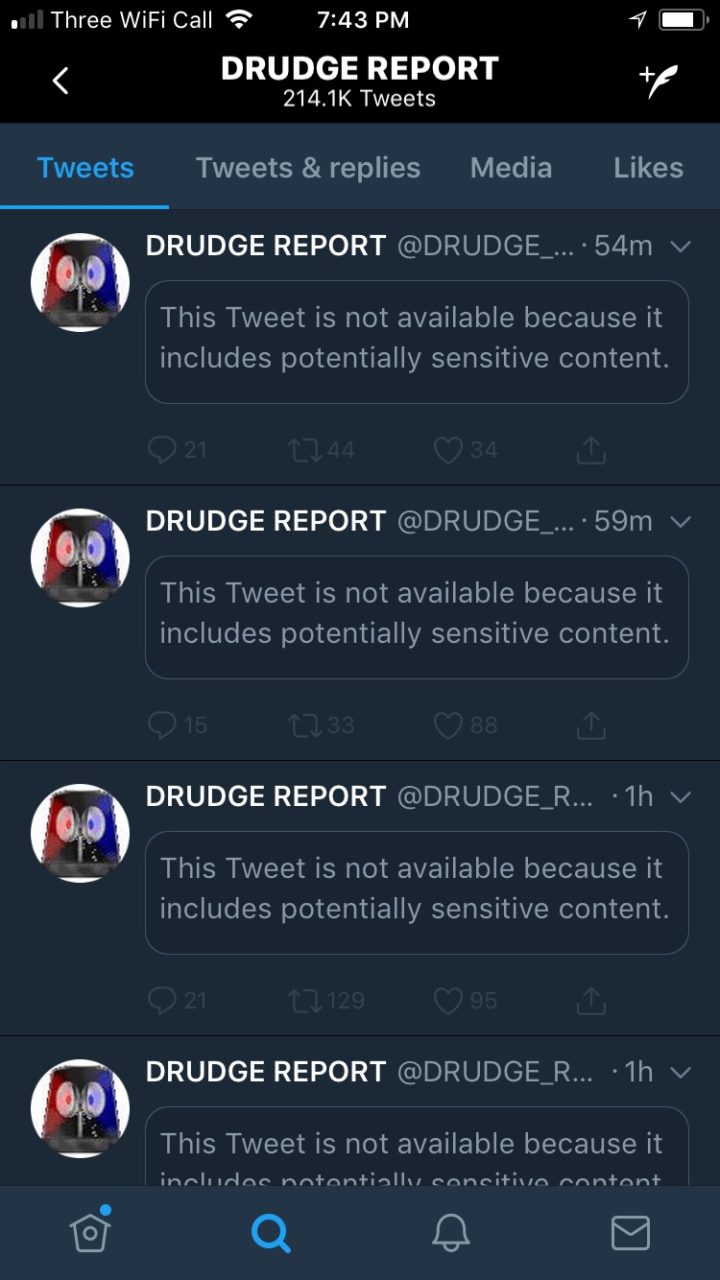 Users who wish to ensure that they continue to see all tweets from the President, Donald Trump Jr. and @DRUDGE_REPORT will have to manually disable their content filter. This can be done by unchecking the box marked “hide sensitive content” in your safety settings.